POCSO vs. Personal Laws: What should prevail? 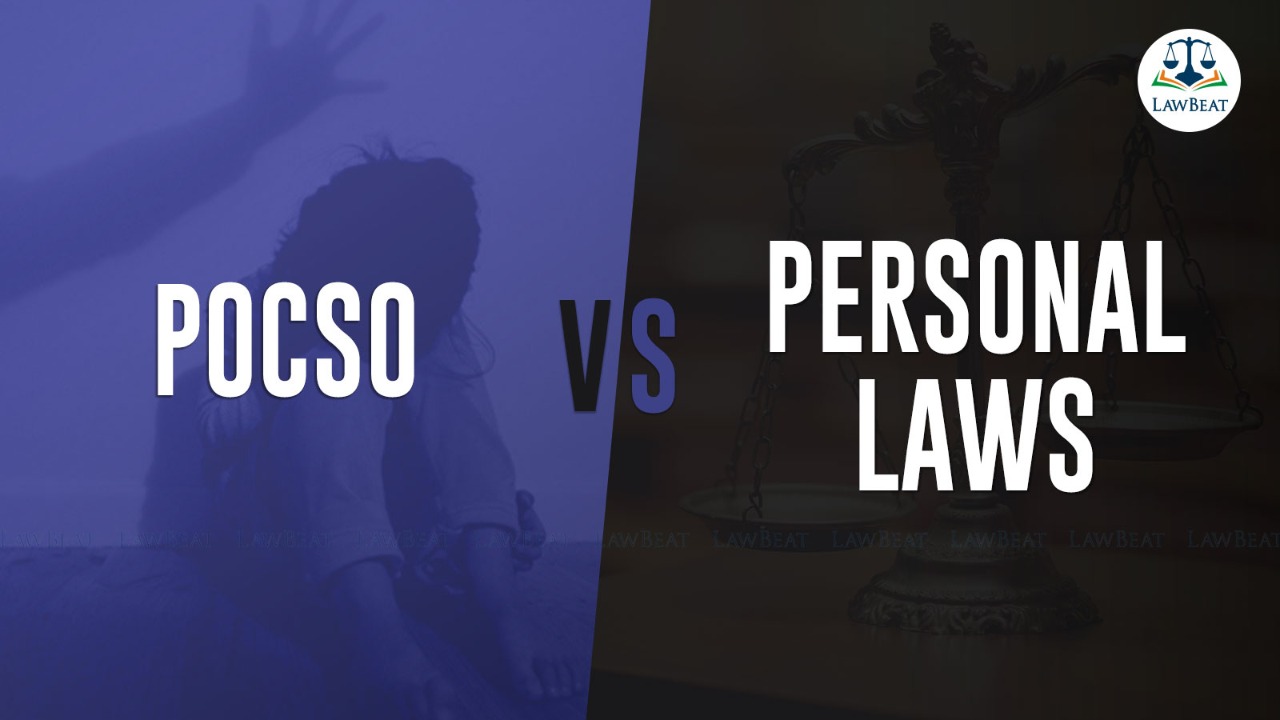 This issue has come up before the Supreme Court in a challenge by NCPCR to a high court order whereby it has been held that a Muslim boy or girl who has attained puberty is at liberty to marry anyone he or she likes.

Recently, yet another discussion has sparked over the applicability of Personal Laws on the age of marriageability and its transgression into the rights of children.

Before we delve into this topic, it is important to note that the Union Cabinet in December last year, cleared a proposal to bring uniformity in the marriageable age of men and women and proposed to raise the legal age of marriage of women from 18 to 21 years.

Now, if under personal law of a particular religion, a girl or boy is allowed to marry someone once they come off age or attain puberty, a question of violation of secular laws like the Protection Of Children from Sexual Offences Act (POCSO) and the Prohibition of Child Marriage Act (PCMA) 2006, arises.

Such a contradiction between the personal laws and the State’s law may lead to a difficulty in applying POCSO Act or any other protective measure in a case where children are involved in consensual relationships and customary/personal law allows child marriage.

Keeping in mind that that sexual intercourse with a child below the age of 18 years is an offence under POCSO Act, it has to be understood that this legal position would not get altered even if there is a change in the marital status of the child.

Another interlinked issue is 'teenage pregnancies' which occur out of such underage marriages. There have been instances where the Courts have quashed a POCSO case while observing that it would be an injustice to separate or divide a well-knitted family unit.

In such cases, however the court’s intention would be right in providing relief to an accused, the marriage is a clear contradiction to the laws of our country.

There is a great need to come up with a uniform approach on the application of POCSO Act and similar laws and the first step should be to do away with the notions of ‘teenage romance’. The age of marriage has been set by the government for a reason, which has to be adhered to.

If courts keep upholding teenage marriages, this would dilute the purpose and intention of protective legislations and cause havoc. The notion that a minor’s consent to sexual activity is nullity has to be given utmost importance.

For some background, the instant issue came to the fore when the Punjab and Haryana High Court recently granted protection to a 16 -Year-Old Muslim Girl who married a 21-year-old Muslim boy against her families' wishes, whilst noting that as per Muslim Personal Law, the girl was competent to enter into a contract of marriage with a person of her choice.

A single judge bench of the High Court, however, made it clear that the issue at hand was not the validity of the marriage but to address the apprehension raised by the couple before it.

Accordingly, the High Court decided to deliberate upon the contention raised by the petitioner couple's counsel that in Muslim law, puberty and majority are one and the same and a Muslim boy or girl who has attained puberty is at liberty to marry anyone he or she likes and the guardian has no right to interfere.

This decision of the High Court did not sit well with the child rights body, National Commission for Protection of Child Rights (NCPCR), which just last week, approached the Supreme Court of India, challenging the said judgment.

Solicitor General Tushar Mehta, appearing on behalf of NCPCR, argued before the Supreme Court that it must consider the violation of penal provisions under POCSO Act and other relevant laws by the impugned judgment.

SG Mehta also referred to a recent decision of the Delhi High Court wherein it was held that under the Muslim Law, a young girl who has attained puberty, has the right to marry without parental approval and the right to live with her husband, even if she is under the age of 18.

The Supreme Court, noting that the issue requires consideration, decided to look into it.