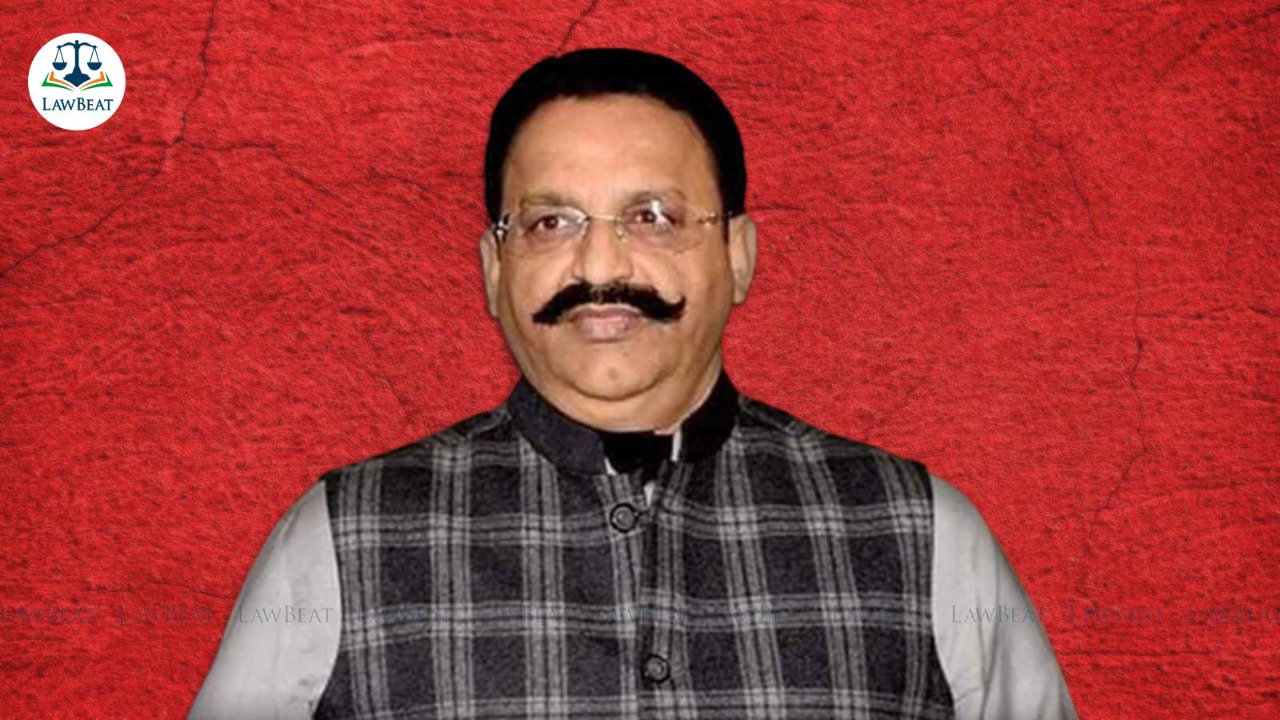 A case under the provisions of the Gangster Act was registered against Ansari and 24 others in 1999 after the brutal murder of a jail superintendent in broad daylight.

Allowing the government appeal filed against the order of the Special Judge, MP/MLA Court, Lucknow passed in December 2020, the bench of Justice Dinesh Kumar Singh sentenced Ansari to five years rigorous imprisonment and imposed a fine of Rs. 50,000 upon him as well.

Moreover, while noting that since Ansari is already in jail, the court observed that no order was required to be passed for his surrender.

It is noteworthy that on September 21, the same bench had overturned Ansari's acquittal by a special MP-MLA court in another case. Court had convicted and sentenced Ansari to 7 years jail term for criminally intimidating an on-duty jailer in 2003.

The present government appeal pertained to a case registered in 1999 at Police Station Hazratganj, District Lucknow. The case was lodged against Ansari and 24 others under Section 2/3 of the Uttar Pradesh Gangsters and Anti-Social Activities (Prevention) Act, 1986.

Allegedly, Ansari and other co-accused were part of a gang that used to commit heinous offences, including murder, extortion, kidnapping and abduction. In February 1999, one Jail Superintendent namely R.K. Tiwari had been killed in broad-day-light in the Hazratganj area of Lucknow by this gang.

In December 2020, the trial court acquitted Ansari in the case under the Gangster Act on the ground that he had already been acquitted in all the offences, which were mentioned in the gang chart.

However, the high court today held that the trial court had grossly erred in acquitting Ansari as in view of the law laid down by the Supreme Court and the provisions of the Gangsters Act, Ansari was a member of the gang and for his criminal activities, several FIRs and charge-sheets came to be registered and submitted against him for offences, which are defined under Section 2/3 Gangsters Act.

Court opined that the acquittal of Ansari in the offences which were mentioned in the gang chart, (substantive offences) for turning the witness hostile or otherwise was not a material aspect.

Accordingly, court allowed the appeal moved by the State government against Ansari's acquittal and set aside the order of the trial court.