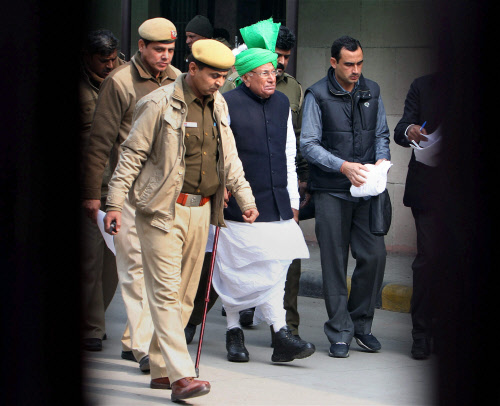 The Delhi High Court on Monday reserved its decision on the suspension of the sentence on Former Haryana Chief Minister OP Chautala's plea challenging the trial court's order that sentenced him to four years in prison and a fine of Rs. 50 lakhs in the disproportionate assets (DA) case.

The Delhi High Court has suspended the sentence of Former Haryana Chief Minister, Om Prakash Chautala till the pendency of his appeal in the disproportionate assets (DA) case.

Justice Yogesh Khanna ordered the suspension of Chautala’s sentence, subject to the payment of a fine of Rs.50 lakh to the trial court and a personal bond of Rs.5 lakh with one surety of the same amount.

Court noted that Chautala is 88 years old and had been in custody for one year, five months, and twenty-one days and that despite being granted bail in the current case after furnishing bail bonds, he remained in jail, due to the sentence awarded to him.

The Court also observed that as Chautala’s appeal against conviction in the present matter will take time, his sentence should be suspended till the pendency of the present appeal.

On May 27, 2022, Special Judge Vikas Dhull of the Rouse Avenue Court, Delhi sentenced Chautala to four years imprisonment and imposed a fine of Rs. 50 Lakhs in the DA case and directed the concerned authorities to confiscate four of his properties.

Earlier this week on Monday, the High Court reserved its decision on the suspension of the sentence on Former Haryana Chief Minister OP Chautala's plea challenging the trial court's order.