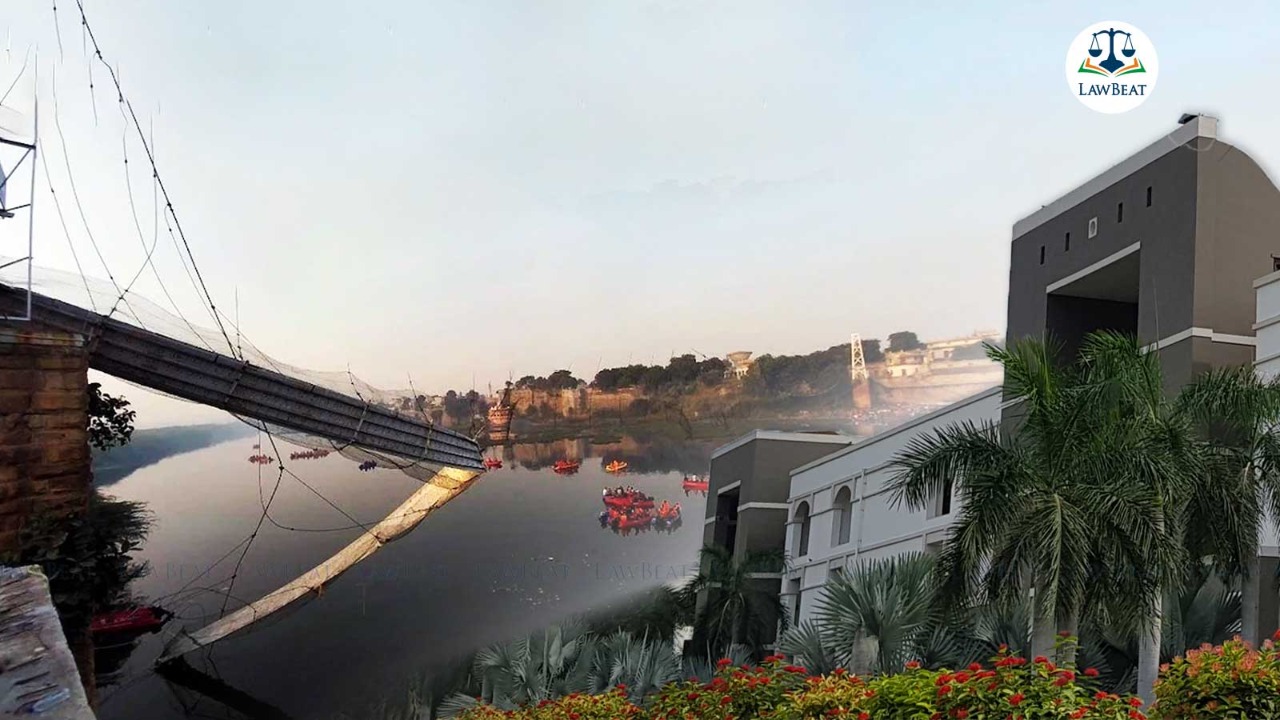 Taking note of the newspaper reports, the High Court directed the registry to register a Suo motu PIL in connection with the collapse of Morbi bridge.

A Division Bench of the Gujarat High Court comprising Chief Justice Aravind Kumar and Justice Ashutosh J. Shastri has registered a Suo Motu PIL in connection with the collapse of the Morbi Bridge which occurred on the 30th October.

The High Court took suo motu cognizance based on the News Article published by the Times of India. The Court directed the Registry to register the Suo Moto PIL through Telephonic instruction since the High court was closed on account of Diwali vacations. The registry was directed to place the matter before the division bench.

The High Court has impleaded the following respondents:

The High Court has also directed the State Government and State Human Rights Commission to file its report by next Monday.

The Morbi Bridge collapsed only after a few days it was reopened to the public. Repairs and maintenance work was carried out by Oreva Company on the said bridge. The local court of Gujarat has sent four accused to judicial custody. The Morbi Bar Association has passed a resolution to not represent any of the accused involved in the bridge collapse before the court.