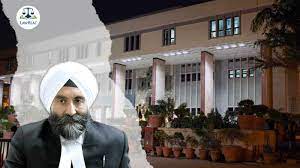 The bench of Justice Jasmeet Singh issued guidelines to protect survivors of the offences under the POCSO Act who have to appear in courtrooms during bail proceedings of the accused persons.

The bench of Justice Jasmeet Singh of the Delhi High Court recently issued guidelines to protect minor survivors in cases under the Protection of Children from Sexual Offences Act (POCSO Act) who have to appear in courtrooms during the accused's bail proceedings.

During the hearing, Advocate Adit S Pujari appearing for Babu Lal (appellant), and Advocate Harshita Mishra, Secretary of Delhi State Legal Services Authority (DSLSA) submitted before the court that many survivors of the POCSO cases are asked to appear either physically or virtually when bail pleas are heard. Resultantly, the survivors are forced not only to potentially interact with the accused person but also to be present in the courtroom when arguments regarding the offence are heard.

Justice Singh said that the prosecutrix is compelled to appear in court alongside the accused, who is the same person who allegedly violated her. He opined that “it would be in the interest of the victim that she is not traumatized again and again by re-living the said incident by being present in Court proceedings”.

Justice Singh noted that the suggestive practice/directions had been forwarded by the Delhi High Court Legal Services Committee (DHCLSC), DSLSA, and Adv. Pujari, and said that if they are implemented in their true spirit and intent, they may aid in reducing the trauma of POCSO victims.

In light of the suggestions, the court issued the following guidelines and directed them to be followed during bail hearings in the POCSO cases:

Furthermore, the court directed the Secretary (Litigation), DSLSA to circulate the order to all necessary parties and stakeholders.