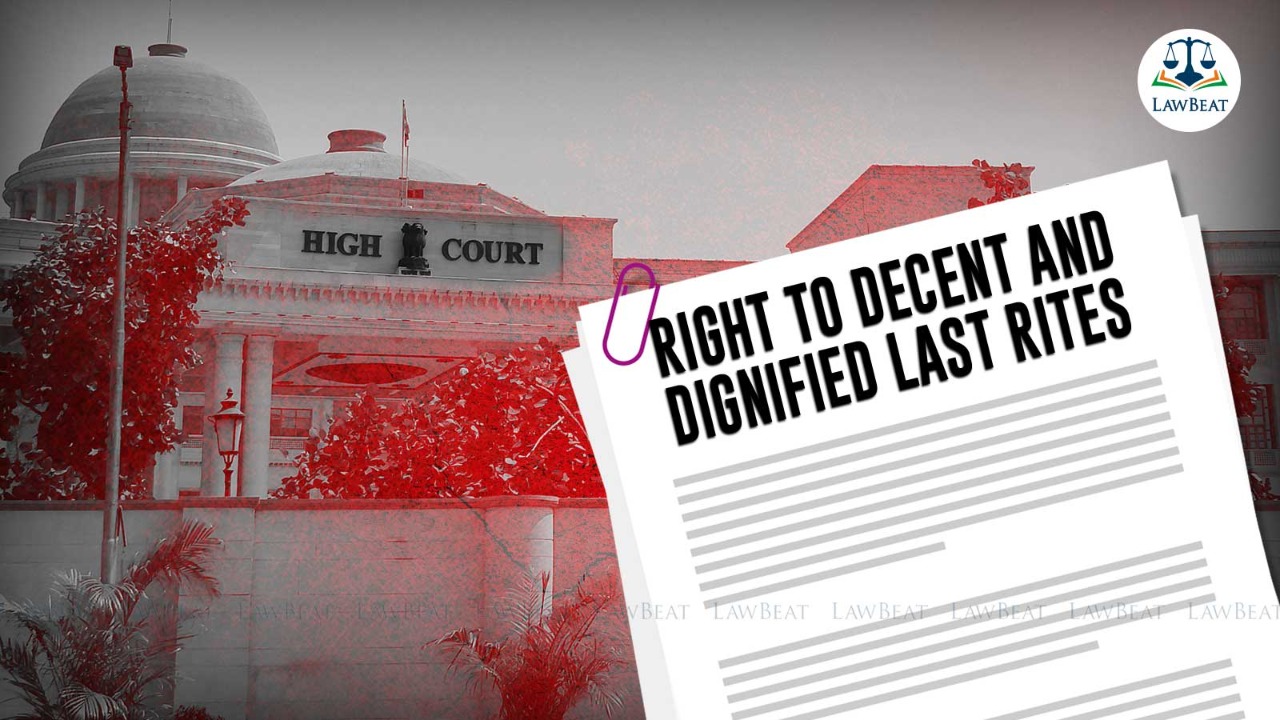 A fresh scheme/SOP relating to the cremation of bodies was placed before the Court in pursuance of its earlier order in the suo moto PIL initiated after the alleged forceful cremation of Hathras gang rape victim by UP Police in October 2020.

The Allahabad High Court on Friday asked the State Government of Uttar Pradesh to give wide publicity to the fresh Scheme/Standard Operating Procedure (SOP) formulated by the State for cremation of dead bodies. Court added that the observance and adherence to the scheme/SOP should not be an eye-wash or an empty formality.

The bench of Justice Rajan Roy and Justice Jaspreet Singh passed the order in the suo moto Public Interest Litigation (PIL) pertaining to the right to decent and dignified last rites. The cognizance of the matter was taken in the aftermath of the alleged forceful cremation of a gang rape victim at 2 am by tUP Police at Hathras district in the year 2020.

In pursuance of Court's earlier order, the State Government on Friday placed before the court a fresh Scheme/SOP for cremation of dead bodies. After due deliberation, Court made a few suggestions which included that the instant scheme/SOP should be kept aloof from the Scheme for disposal of bodies consequent to a pandemic.

Court clarified that the present scheme relates to the cremation of bodies generally and as a consequence of accidents or any crime.

Court further suggested that officers and employees under the State who are to be involved in cremation of such bodies should be sensitized and counselled to follow the scheme/SOP strictly and in a manner so as to achieve the object rather than to defeat it.

"The letter and spirit of the scheme/SOP is paramount as it touches upon valuable constitutional and fundamental rights as already referred hereinabove, therefore, the entire exercise should be conducted in a solemn manner with due respect to such rights," Court said.

In addition to that, Court proposed that State can notify the aforesaid Scheme/SOP and ensure that it is adhered to throughout the State. "It must be given wide publicity such as at Police Stations, Hospitals, Primary Health Centers, District Headquarters, Tehsil, Collectorate, etc. so that the Stakeholders are aware of these Scheme/SOP after being notified," Court stated.

Lastly, Court expressed its expectation that the State authorities will act in accordance with the Scheme/SOP as and when it is notified.