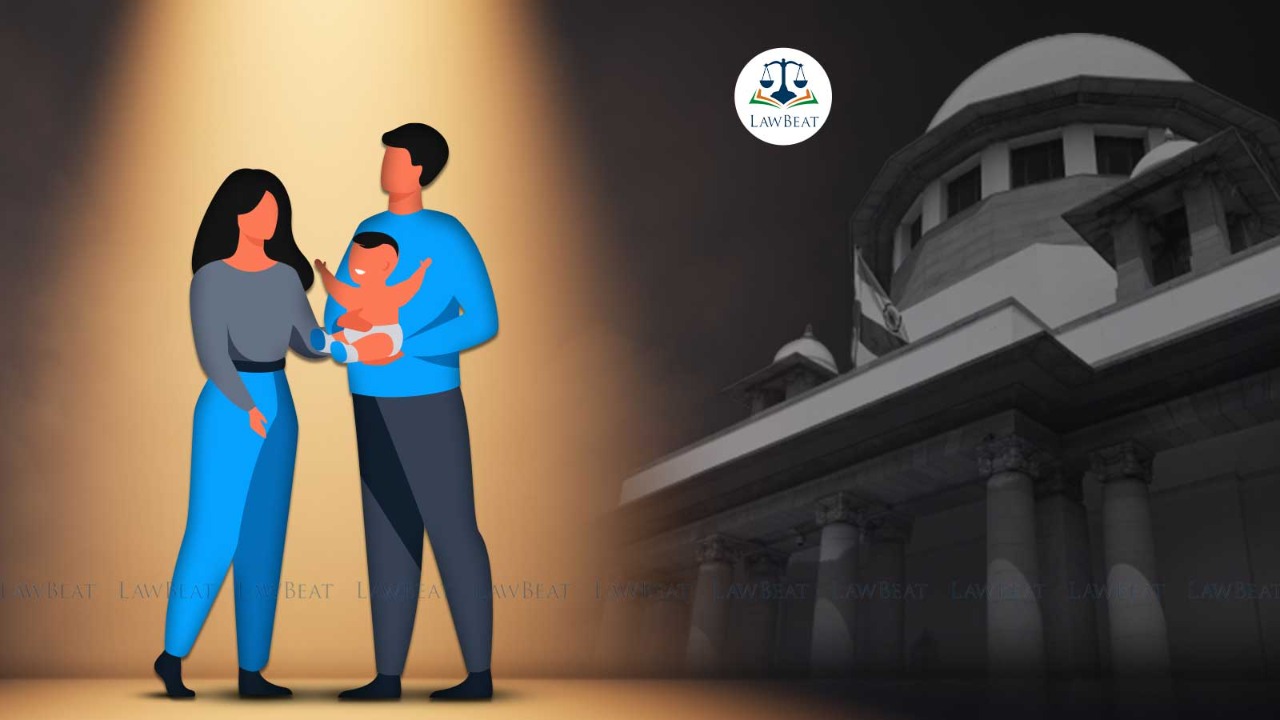 The plea has been filed by Temple of Healing seeking direction to set out Guidelines/ Adoption scheme by the Ministry of Women and Child development.

The Supreme Court on Friday orally asked the Central Government to consider streamlining the adoption process in the country. Court was hearing a plea seeking direction to make adoption procedures simple, and superfluous.

A bench of Justice DY Chandrachud and Justice JB Pardiwala said, "Don't take the matter as adversarial. The adoption process is tedious."

The bench was hearing the plea filed by the Temple of Healing through its Secretary Dr. Piyush Saxena seeking an appropriate direction to the Central Government for improving the number of adoptions in the country. The plea also sought direction to frame guidelines for the purpose of adoption in India.

On Friday, Additional Solicitor General KM Natarajan informed the bench that the Central Government has not been served with a copy of the petition.

Thereafter, the bench asked the petitioner appearing in person to give a copy of the petition to the Central Government and the office of ASG Natarajan.

The bench said that the petitioner is a public-spirited person. "We had earlier observed that he genuinely wants to bring a change," it added.

Earlier, the bench while issuing the notice, had said, "We are satisfied that this is a genuine petition. We will issue notice."

The plea further sought direction to the Ministry of Women and Child Development to give adequate publicity to HAMA (Hindu Adoptions and Maintenance Act, 1956) even though the Act has been formulated by the Ministry of Law and Justice.

Additionally, the petition sought direction to enforce the fundamental right guaranteed under Article 21 which gives an individual the right to live with dignity. "An orphan cannot survive its life with dignity until he/she feels like an orphan", the plea stated.

Relying on data according to the Indian Society of Assisted Reproduction, the plea submitted that infertility currently affects 10 to 14 percent of the Indian population and approximately 2.82 crore children in India are orphans.

Throwing light on issues surrounding the low adoption rates in India, the plea stated that there are four main reasons for this, which are complex social norms, outdated adoption laws, lack of financing for background checks of prospective parents, and failure of systems and lack of infrastructure.

The PIL plea further submitted that a detailed submission was made before the Ministry of Women and Child Development but no action has been taken till now.

Moreover, the following additional directions to the Ministry of Women and Child Development have been sought:

Case Title: THE TEMPLE OF HEALING vs. UNION OF INDIA