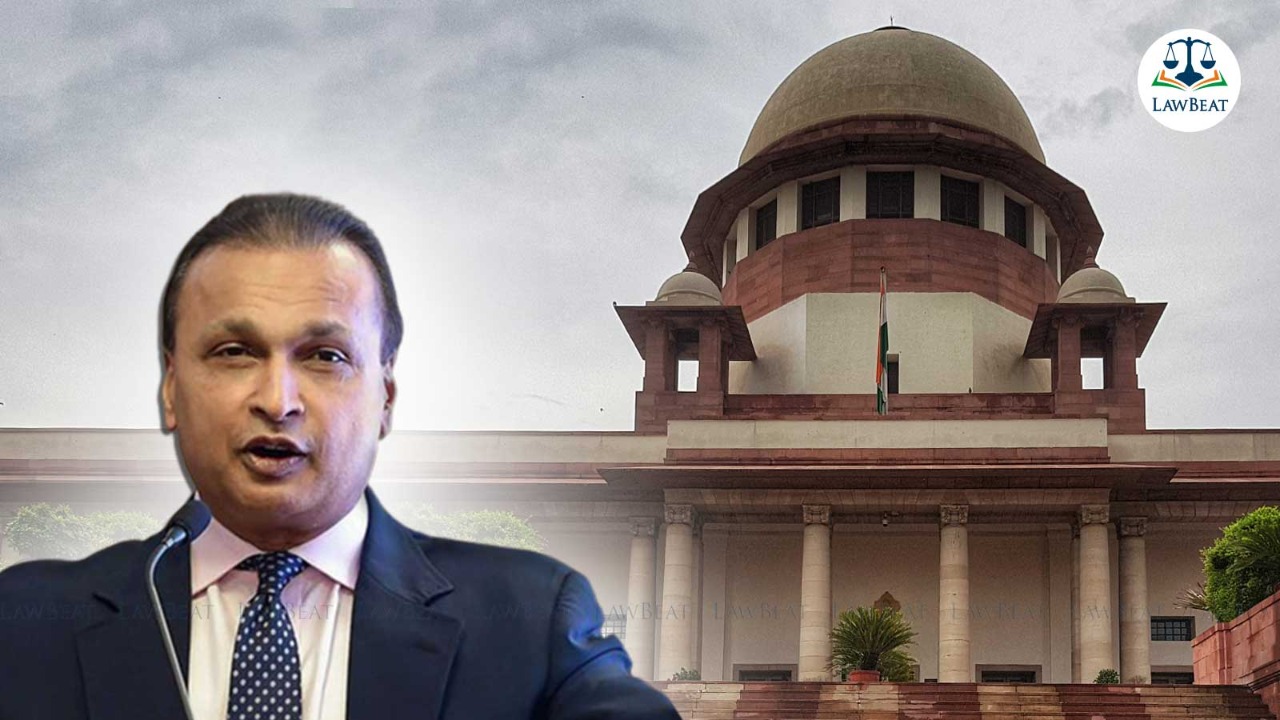 In his plea, Ambani has argued that a Personal Guarantor is not afforded any opportunity of being heard before imposition of interim moratorium, there is no adjudication on the fact as to whether the application to initiate insolvency is prima facie maintainable or not, more so in absence of any enabling provisions under the IBC to initiate insolvency resolution process by a creditor against an individual.

Indian businessman Anil Ambani has moved the Supreme Court challenging Section 95, 96, 97, 99, 100 of Part III of the Insolvency and ' Bankruptcy Code, 2016 ("IBC") alleging that the same are not only manifestly arbitrary but are also unconstitutional, directly violating his fundamental rights under Articles 14, 19 and 21 of the Constitution of India.

Ambani has alleged that the said provisions are in teeth of the cardinal principle of natural justice, i.e., Nemo judex in causa sua  and thus, arbitrary and violative of his fundamental rights under Article 14.

Referring to Section 99 read with Section 100 of the IBC, which states that the Adjudicating Authority admits or rejects the application filed for insolvency resolution based on the recommendation of the Resolution Professional to either admit or reject such an application, the plea states,

"In fact, the Adjudicating Authority is required to admit/ reject the insolvency application based on this very report of the Resolution Professional, without an opportunity to the debtor/ personal guarantor, i.e., Petitioner ·herein, to examine the contents of such a report, let alone provide a suitable reply to the same", the petition submits.

It is Ambani's case that the arbitrariness of the Impugned Provisions can be ascertained from Section 96. as per which, an interim moratorium is in place against the personal guarantor as soon as an Application under Section 95 of the IBC is filed by the alleged creditor, without any application of mind by the quasi-judicial or judicial authority.

The petition filed under Article 32 also submits that at no stage of initiation of insolvency resolution against an individual debtor/ personal guarantor, an opportunity of being heard is contemplated in his favour.

Furthermore, the plea adds that the Resolution Professional is vested with omnibus discretion to call for and consider information that he deems relevant for the purpose of forming its opinion.

".....the inherent possibility and likelihood of bias being directly involved in the outcome of the proceedings under Section 100 of IBC negates fairness in the process and makes the procedure contemplated under Sections 95-100 as manifestly arbitrary and presents the Personal Guarantor with a fait accompli", the plea states.

Citing the problems of forum shopping, Ambani has argued that the impugned provisions also do not envisage the possibility of the Creditor including a bank or a financial institution having already initiated recovery proceedings against the Personal Guarantor under provisions of Recovery of Debts to Banks and Financial Institutions Act, 1993 ("RDDBF Act") or under SARFAESI Act and its effect in respect of such proceedings.