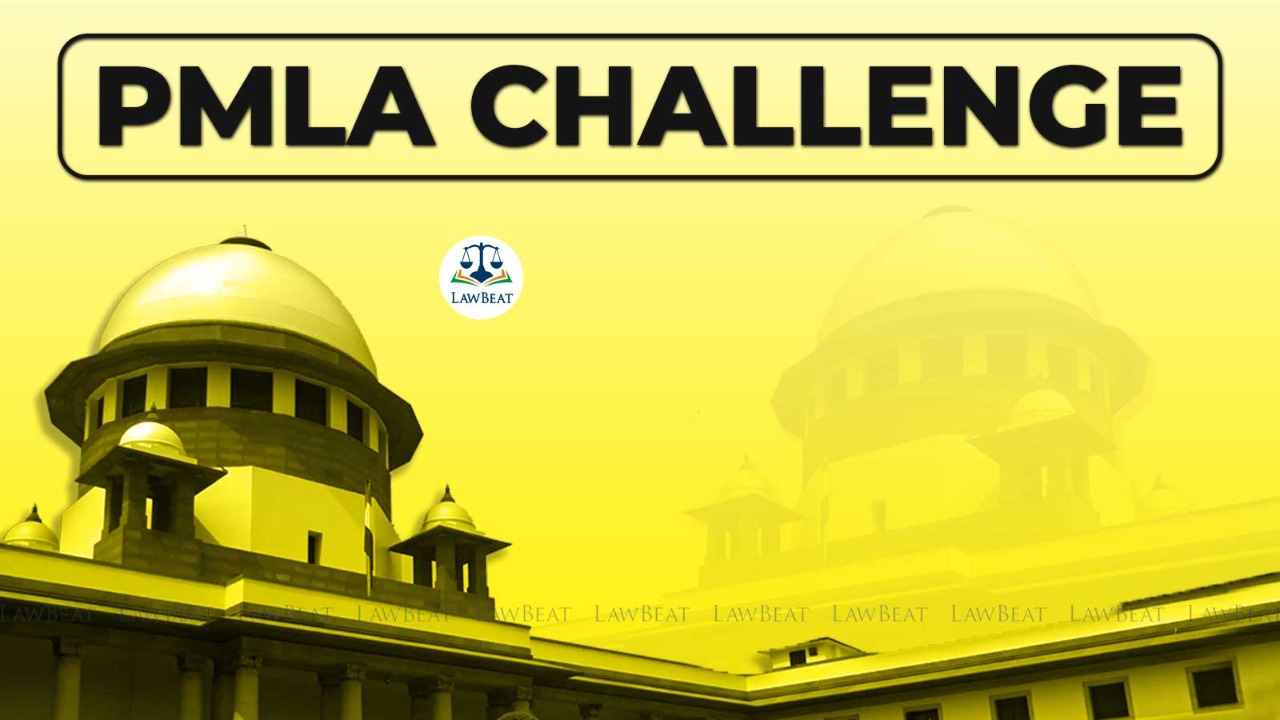 The bench, also consisting of Justices Dinesh Maheshwari and CT Ravikumar has however held that the challenge to the passage of amendments to the act in 2019, as money bill be considered by a larger bench

A Supreme Court bench headed by Justice AM Khanwilkar today upheld the constitutional validity of various provisions of the Prevention of Money Laundering Act, 2002. The bench, also consisting of Justices Dinesh Maheshwari and CT Ravikumar has however held that the challenge to the passage of amendments to the act in 2019, as money bill be considered by a larger bench.

Over 200 petitions were filed challenging the provisions of the Act. It was argued before the court that the powers of Enforcement Directorate to arrest, force confessions, and seize property were unbridled.

The court has upheld the constitutional validity of —

Section 3 which provides for definition of money laundering;

Section 5 which pertains to attachment of property;

Section 8(4)  which provides powers to the authority to take possession of attached property;

The bench has further held that the supply of Enforcement Case Information Report under PMLA proceedings is not mandatory since ECIR is an internal document and cannot be equated to FIRs.

The apex court, was called to decide upon the following questions

1. Whether the offence under PMLA is cognizable or non-cognizable offence, particularly in view of the explanation inserted in 2019?

2. Whether the procedure contemplated under all provisions of Chapter 12 of the Criminal Procedure Code 1973 is required to be followed while commencing and continuing investigation under the prevention of money laundering act, 2002?

5. Whether the provisions concerning the burden of proof under PMLA violate fundamental rights of the accused person?

7. Whether the filing of a chargesheet/complaint/FIR in the predicate offence is a prerequisite for an exercise of power of arrest under the PMLA? Can money laundering not be a standalone offence in the context of section 3 read with section 2(u) of PMLA?

8. Whether reliance on the statement recorded by the officers of the Enforcement Directorate during the investigation in judicial proceedings, violate article 20(3) of the Constitution and are inadmissible in light of Section 25 of Evidence Act?

10. Whether the PMLA can be applied to acts which occurred prior to the addition of the offence under the Schedule to the Act?

11. Whether a Writ Court can grant blanket ‘no coercive steps’ order without any factual foundation being pleaded/examined merely because constitutional validity of certain provisions have been challenged?

12. Whether the Sections 17 and 18 of PMLA as amended, relating to search and seizure are unconstitutional and void?

13. Is the power of arrest conferred under section 19 PMLA violative of articles 14 and 21 of the Constitution?

Opening the arguments in the challenge, Senior Counsel Kapil Sibal had argued that definition of money laundering is a threat to the existing democratic structure. He contended that money laundering cannot be a standalone offence, however, the amendment in the Finance Act has made it a standalone one. Speaking of the legislation, Sibal had remarked, "This is a 'be-lagaam ghoda' (unbridled horse), there is no restraint...This case should thus be dealt with as soon as possible.”

Sr. Adv. Abhishek Manu Singhvi had argued that the "uniqueness of the PMLA is the entire heart and soul of money laundering" and and that one "cannot presume the heart and soul.”

Mukul Rohatgi, Sr. Adv, had argued that  in case of proceeds of crime the importance is of projection of money as tainted or untainted, if the money is not projected as untainted there is no offence of PMLA.

Amit Desai, Senior Advocate, had argued that the underlying principle of the Prevention of Money Laundering Act is to deal with proceeds of crime that were integrated into the legitimate economy and started affecting the financial integrity. Desai had questioned, “"When your Lordships see an offence punishable with 7 years, the question to consider is that should there be such a rule of restricting bail to people who have strong roots in the society?"

Senior Counsel Menaka Guruswamy had contended that with conviction numbers in PMLA cases being low, appeals by the Enforcement Directorate (ED) should have been higher, however, that is not the case. She cited that in 2010 and 2011, infact, there were no appeals by the ED.

Defending the act, SG Tushar Mehta had argued that PMLA deals with offences which are highly sophisticated, not merely committed at the heat of the moment. He had argued that that petitioners' contention that the legislation is not Code of Criminal Procedure (CrPC) Compliant, is faulty. He said that it must be Constitutionally compliant and need not be CrPC compliant.

Citing Dawood Ibrahim’s example, SG Mehta had said Dawood used to invest crores in pirated CDs and generated proceeds of crime but what he was merely accused of was piracy.

(To be updated once the judgment is made available)

Cause Title: Vijay Madanlal Chaudhary and Ors. vs Union of India & Others