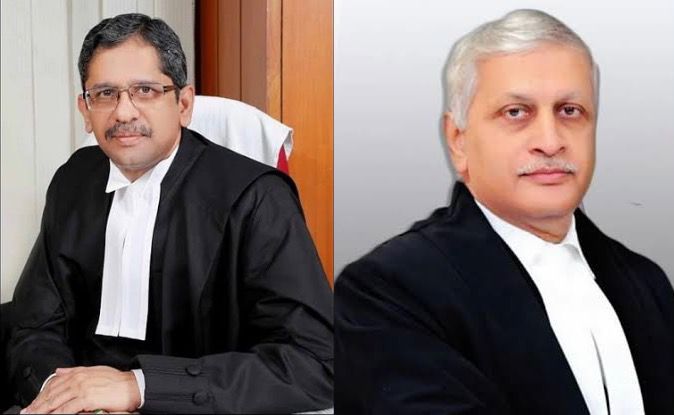 Justice Ramana, who took oath as CJI last year in April, is all set to retire in a few weeks, on August 26.

Chief Justice of India, Justice NV Ramana today recommended the name of Justice Uday Umesh Lalit as his successor to the Ministry for Law and Justice.

CJI Ramana is all set to retire in a few weeks, on August 26.

Notably, the Secretariat of the Chief Justice of India received a communication yesterday at about 9.30 PM, from Minister of Law and Justice, Kiren Rijiju, requesting him to recommend the name of his successor.

Justice Ramana was elevated to the Supreme Court way back in 2014 and took oath as the 48th Chief Justice of India on 24th April 2021.

It is to be noted that, Justice Lalit, who has been named as the present CJI's successor, is also due to retire on November 8 this year.