“Don’t think you are the only wise party”: CJI lashes out at DMK during freebie hearing 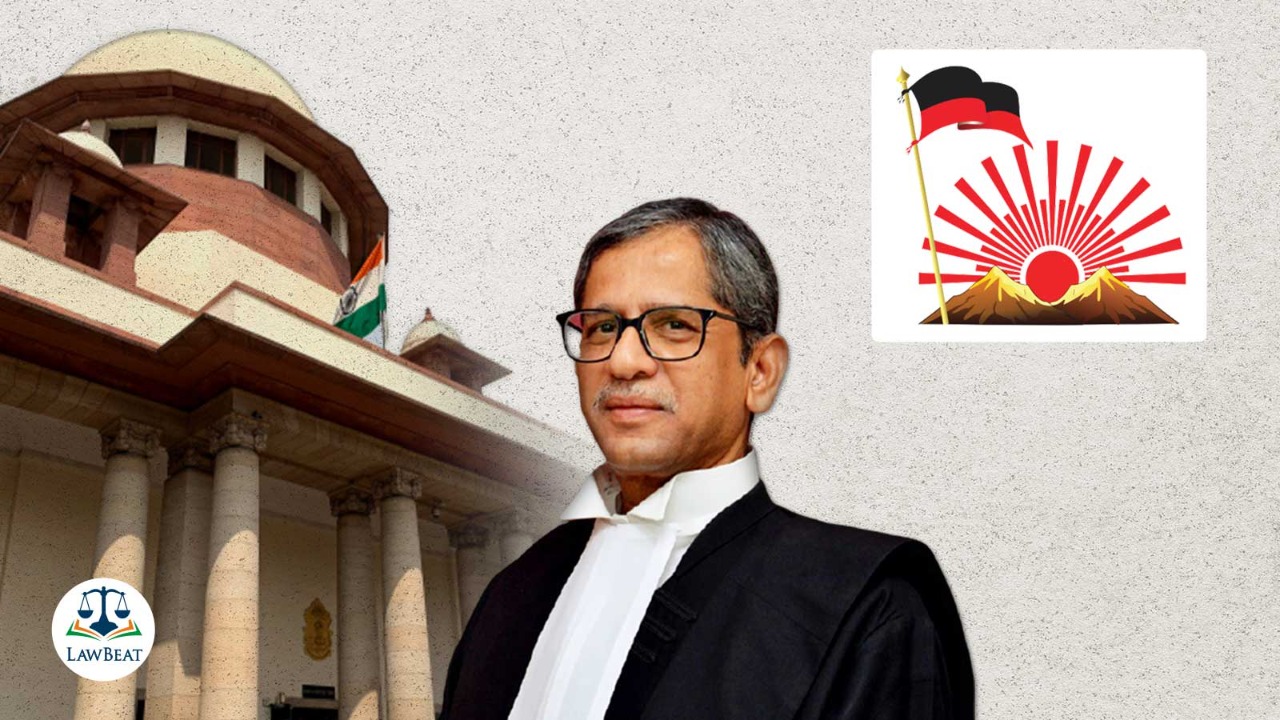 The plea filed by Ashwini Kumar Upadhyay alleges that declaration of distribution of irrational freebies from public funds before elections unduly influences the voters and interferes with the purity of the election process.

The Chief Justice of India Justice NV Ramana today lashed out at Dravida Munnetra Kazhagam (DMK) while hearing the plea by Advocate Ashwini Kumar Upadhyay alleging that declaration of distribution of irrational freebies from public funds before elections unduly influences the voters.

When Senior Counsel P.Wilson, appearing for DMK, sought to make submissions, CJI said, “As CJI I cannot say anything but the way your party is behaving, the way your minister is talking, don’t think we are ignoring.”

Upon hearing this, Senior Advocate Gopal Sankaranarayanan told the court that such comments by Tamil Nadu’s finance minister Palanivel Thiagarajan are deplorable.

When the matter came up for hearing, CJI opined that this is an important debate and much deliberation is needed on the same. He observed, "If the Centre brings a law that the states cannot give freebies, can it be said that it cannot be scrutinised judicially? Thus, he noted that the plea is being heard for the welfare of the people.

The CJI further said that it is Supreme Court's opinion to take up the matter and an expert panel has to be formed to brainstorm the issue of freebies announced during elections.

Senior Advocate Kapil Sibal, who was called by the CJI to give his opinion, recommended that the Finance Commission should take up the matter. He submitted that a body that is nonpolitical can deal with such an issue and the Finance Commission is an apt body for this purpose. He argued that under the Fiscal Management Act passed by the Parliament, the States cannot have a deficit beyond 3 percent. If they announce irrational freebies, it will take the deficit beyond 3 percent and the finance division of the state will take up the issue of allocation of the funds, He said.

Vikas Singh, Sr. Adv, appearing for the petitioner clarified that the case is confined to the promise of freebies at the time of elections. He submitted that the matter was being deflected and delayed, and urged the court to issue directions to either a law to be passed by Parliament or Election Commission to frame rules on freebies.

Senior Advocate Gopal Sankaranarayanan argued that freebie is not a statutory or constitutional obligation. He further submitted that education, healthcare, water, sanitation, electricity etc are state obligations. If there are schemes for deprived sections, it cannot be termed a freebie, he said.

SG Tushar Mehta, appearing for the Centre, argued that nobody can question the responsibility of any party to uplift the downtrodden and take up social issues but promising freebies has become an art and could lead to devastating economic situation.

Prior to adjourning the case, the CJI remarked that all political parties including the BJP and Congress want freebies.

On the last date of hearing, CJI observed that there is a need to maintain a balance between the loss to the exchequer owing to freebies and welfare schemes for the benefit of the people.

Earlier, CJI had suggested that stakeholders such as RBI, NITI Aayog, opposition parties, and those who are for and against freebies should be involved in this process of engaging in constructive brainstorming and they should suggest the court about the formation of a body which can be constituted by the court to examine the issue.

Court had asked the Government to consider involving the Finance Commission in the issue pertaining to the distribution of freebies by political parties in the vicinity of elections.

Notably, an application of intervention has been filed by the General Secretary, M.P Mahila Congress, Dr. Jaya Thakur before the Supreme Court in this matter stating that according to our Constitutional Doctrine, ruling parties are duty bound to frame policies for the welfare and upliftment of the weaker sections, so they are rightly giving subsidies which cannot be called freebies.