Global culture is emerging as a threat to local cultural symbols and identities: CJI Ramana 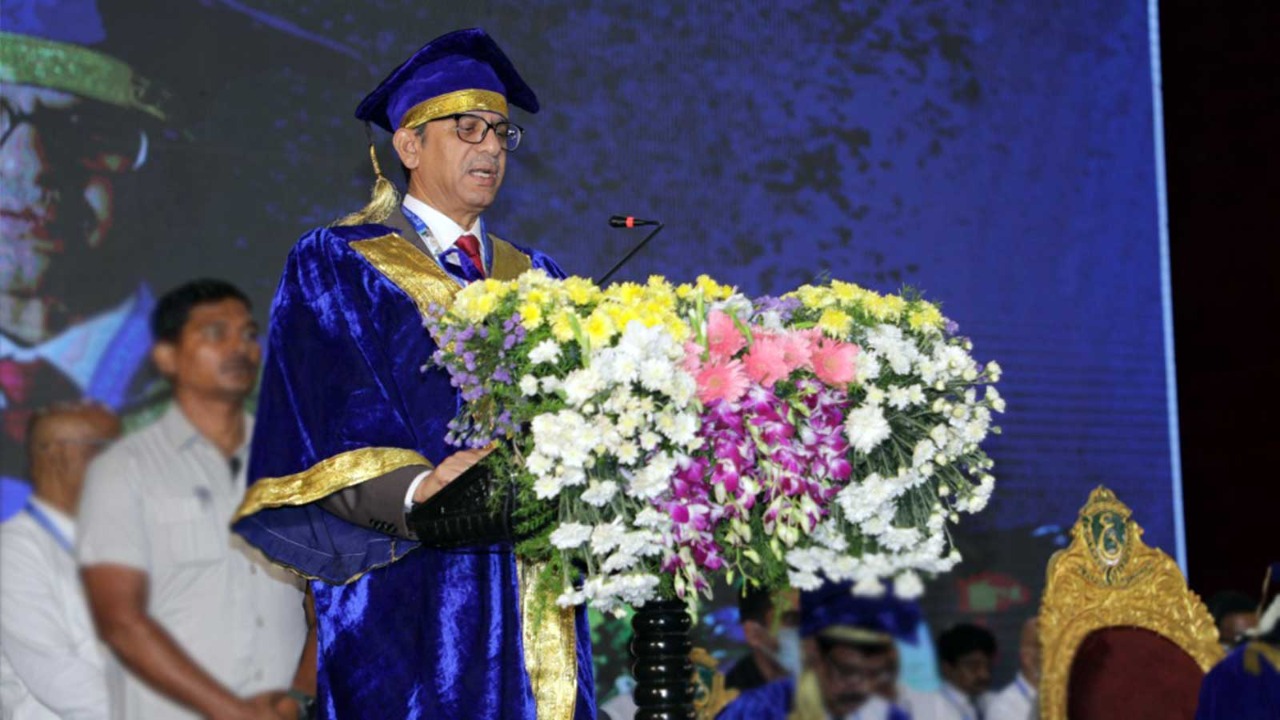 CJI said that the present generation is in flux, it is gradually losing the link to the past and thereby losing sight of the purpose and path to future.

Speaking at the 82nd Convocation of Osmania University, Chief Justice of India, Justice NV Ramana said yesterday that while we are moving towards a global culture, the need for sustaining diversity assumes great significance.

"The global culture is emerging as a threat to local cultural symbols and identities. The social-media, television and pop-culture glamourize a particular way of life and sadly we are blindly aping the same. Instead of celebrating our distinct heritage and culture, we are allowing our rich identities to be blurred. The present generation is in flux. It is gradually losing link to the past and thereby losing the sight of the purpose and path to future...", he said.

Urging people to think about the micro impact of globalization on our daily lives, CJI relied on the 2021 UNESCO World Report of Languages, according to which, half of the approximately 7,000 languages spoken in the world today could disappear by the end of the century. He said,

"With loss of each language, we are not only losing considerable literature and folklore, but also losing wisdom inherited through generations."

CJI also spoke about the sustenance of democracy by honoring our country's plurality. "Instead of fostering the feeling of 'othering', our education should lead us where we can nurture diversity", he remarked.

Talking about the transformative power of education, Justice Ramana has said that in today’s knowledge-based economy, education and information are the key assets for an individual.

Insisting on the propagation of constitutional culture, CJI said,

"It is high time for all institutions, to introduce a subject on the basic ideas about constitution and governance, irrespective of the stream of learning. The ideas of the constitution need to be simplified for everyone’s understanding and empowerment. A participatory democracy thrives when its citizens are able to make informed choices. The ultimate goal of our education should be to enable us to make informed choices."

Justice Ramana also spoke about a model of globalization which is sustainable, equitable and just for all which demands harmony, respect and coexistence of differing identities.