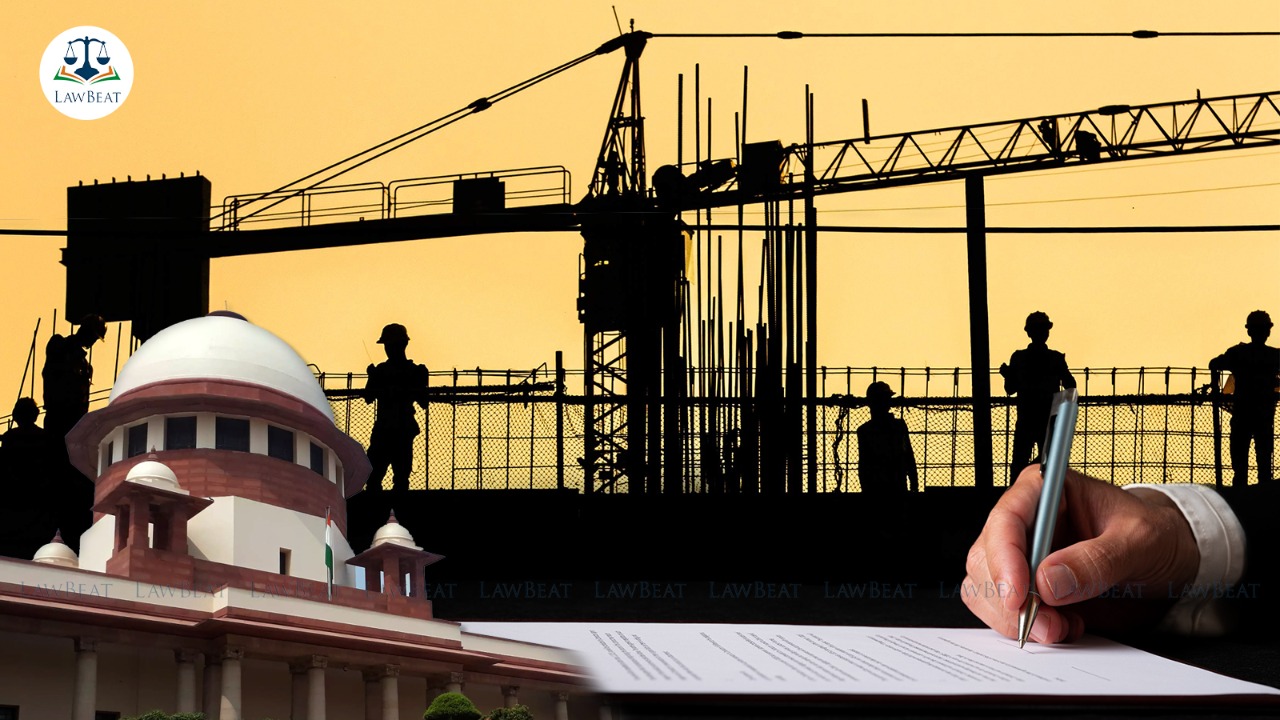 The plea, filed by Ashwini Kumar Upadhyay, alleged that the general public is being put in a position of disadvantage because large builders use arbitrary and one-sided agreements to arm-twist them.

A Supreme Court bench of Justices Chandrachud and Bopanna on Friday asked the Centre to prepare a road map for implementation of a model /uniform builder buyer agreement.

The bench asked the amicus curiae and the government to do so, after considering the responses forwarded by the States/Union Territories, so that to the extent it is feasible, a model agreement for sale can be uniformly made applicable while leaving a certain degree of flexibility to the individual needs of the States/UTs.

The bench, in its order, made it clear that the core of the model agreement must be uniformly followed to protect the interests of home buyers.

When the matter was called out for hearing, Devashish Bharuka, amicus curiae, submitted that based on the responses he has received from the States/UTs for the proposed model builder-buyer agreement, he has filed a report which points out the instances of departure from the Real Estate (Regulation and Development) Act, 2016 (RERA). The report contained the following groups:

(i) Group A consists of States and Union Territories where agreements for sale have not been notified;

(ii) Group B consists of States and Union Territories where there are no deviations in agreements for sale in comparison to the Model (Delhi) Agreement for Sale;

(iii) Group C consists of States and Union Territories where there are deviations from the model agreement but no justifications have been provided in terms of the order dated 18 April 2022; and

(iv) Group D consists of States and Union Territories where there are deviations and justifications provided in terms of the order dated 18 April 2022.

The Amicus further placed a comprehensive chart containing instances of deviations and variations covering several areas. The court, on hearing his submissions, directed all States and Union Territories to respond to the status report.

The States/UTs have been further directed to file their responses with the Union Ministry of Housing and Urban Affairs on or before September 2, 2022.

The matter has now been adjourned to September 16, 2022, for further consideration.

The Supreme Court, in October 2021, issued notice in the plea filed by Ashwini Kumar Upadhyay seeking direction to the Central Government to frame a 'Model Builder Buyer Agreement' and 'Model Agent Buyer Agreement' to infuse transparency, ensure fair play, reduce frauds in the spirit of objects of the RERA Act 2016 and Constitution of India.

The court, in February 2022, directed the Ministry of Housing and Urban Affairs, Government of India to assess whether the rules adopted by the Central Government deviate from the rules notified by the States regarding the Model Builder Buyer Agreement.

Upadhyay's plea alleged that the injury caused to the public is extremely large because builders, promoters, and agents use arbitrary and one-sided agreement that does not place customers on an equal platform with them.

The plea sought directions from the court to provide compensation to the buyers who suffer losses due to inordinate delays on the part of promoters, builders, and agents.

The plea stated, "There have been many cases of deliberate inordinate delay in handing over possession. Buyers lodge complaints but the police don't register FIRs, citing arbitrary clauses of the agreement."

He made the Central Government and governments of all the States and Union Territories along with the Law Commission a party to the litigation stating that none of the States has yet notified and enforced the RERA Act and framed 'Model Builder Buyers Agreement' and 'Model Agent Buyer Agreement' ensuring transparency and fair-play.