[Satyender Jain Removal] It is for Chief Minister to consider whether person with criminal background should continue as minister: Delhi High Court 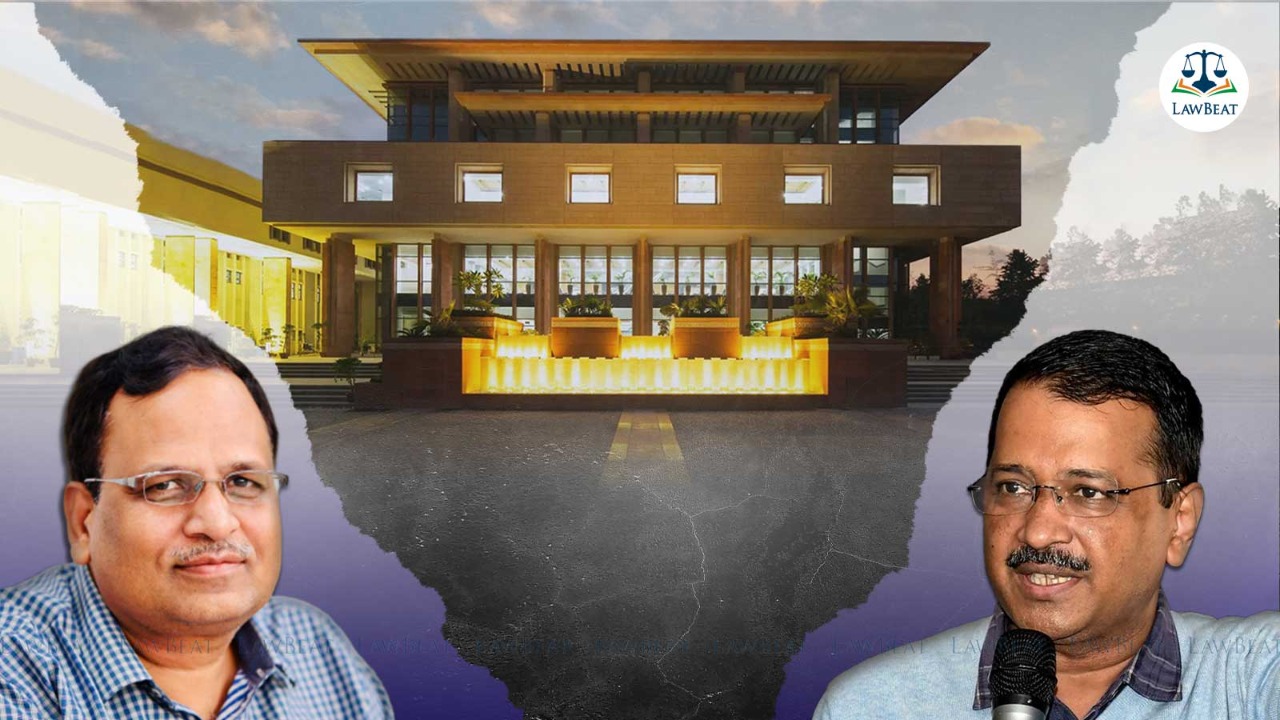 Delhi's current health minister Satyender Jain is facing serious allegations of money laundering on the ground of partaking Hawala transactions in the year 2015-16 with a Kolkata based firm. The AAP leader was arrested on May 30 under the provisions of the Prevention of Money Laundering Act (PMLA) and was first sent to police custody and thereafter, to judicial custody

While rejecting the plea seeking removal of Satyender Jain from Delhi's cabinet, the Delhi High Court has stated that it is not for the Court to decide whether he should be removed but for the Chief Minister, Mr. Arvind Kejriwal to consider whether a person with a criminal background should be allowed to continue as a minister.

"....it is for the Chief Minister to act in the best interest of the State and consider as to whether a person who has criminal background and/or has been charged with offences involving moral turpitude should be appointed and should be allowed to continue as a Minister or not," the bench of Chief Justice Satish Chandra Sharma & Sumbramonium Prasad said in its order.

The Delhi High Court has stated that the Chief Minister exercises his/her discretion in choosing the Members of Cabinet and to formulate a policy pertaining to appointment of Council of Ministers and thus it is the duty of the Court to remind these key duty holders about their role with regard to upholding the tenets of our constitution.

"Good governance is only in the hands of good people. Even though the Court cannot sit in judgement of what is good or bad, it certainly can remind constitutional functionaries to preserve, protect and promote the ethos of our Constitution. There is a presumption that the Chief Minister would be well advised and guided by such constitutional principles," the court noted.

Furthermore, the High Court has stated in its order that it hopes that the Chief Minister will uphold the trust reposed in him that forms the foundation of a representative democracy while appointing persons to lead the people.

The bench was hearing a writ petition seeking directions in the nature of a Mandamus to the Chief Minister or the LG of Delhi for initiating appropriate proceedings for suspension of the Health Minister of Delhi, Satyender Jain who has been in custody since May 30, 2022.

The plea stated that though he has been in custody, Jain had been has been enjoying all the perks and privileges of a Cabinet Minister, despite facing allegations of serious financial irregularities, and that this is violative of Article 14 of the Constitution of India inasmuch as a Government Servant, who is in custody for more than 48 hours, is to be put under deemed suspension as per the practice which is being followed relating to the Public/Government Servants in terms of Rule 10 of the Central Civil Services (Classification, Control & Appeal) Rules, 1965 (hereinafter referred to as "CCS (CCA) Rules, 1965").

The High Court has stated that it is not for the Court to lay down or state who should or who should not be appointed as a legislator or who should be entitled to becoming a Minister in either the Central Government or the State Government.

"It is solely the prerogative of either the Prime Minister, or the Chief Minister, as the case may be who will act in the best interest of the State and will uphold the spirit of our Constitution," the Court stated

While adding that the petitioner's reliance on the Apex Court judgment of Manoj Narula Vs. Union of India is misplaced, it said that the Supreme Court refrained from framing any guidelines on the said issue and held that it was not for the Court to issue any directions to the Prime Minister or Chief Minster, as the case may be, with regard to the manner in which they should exercise their power while selecting their colleagues in the Council of Ministers.

On the contention of the petitioner that the criminal acts lead to a breach of oath by the minister, the court has stated that it is not for the Court to direct the Governor of Chief Minister to remove a person who is committing said breach of oath.

"Therefore, breach of oath does not entail an automatic termination of the tenure, but requires an independent order by the appointing authority; a High Court under Article 226 is not competent to issue such orders terminating the appointment of a Minister of the State," the Delhi High Court said, while relying on a Kerala High Court Judgment - KC Chandy Vs. R. Balakrishna Pillai

Lastly, the Court has quoted from the assembly debates of Dr. BR Ambedkar and has stated that it wholeheartedly agrees with it