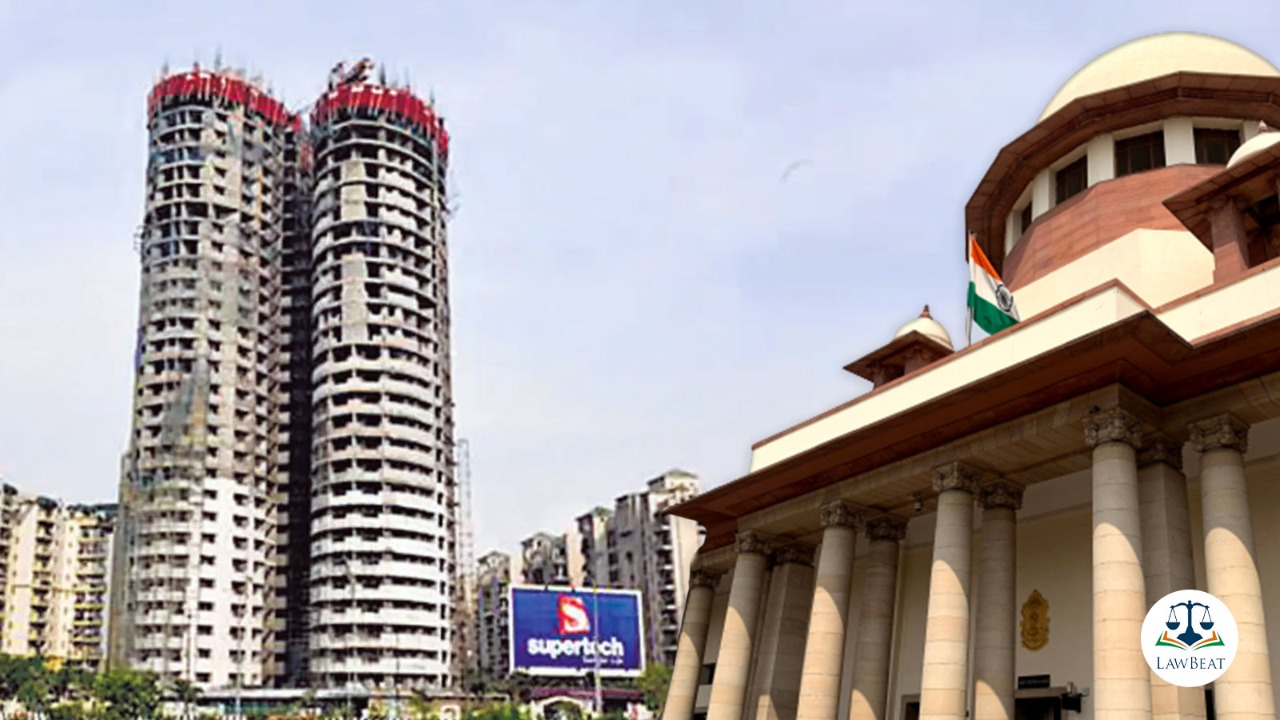 In 2021, Supreme Court upheld Allahabad High Court's judgment directing the demolition of the twin towers as it would have led to restricted passage of air and light for the residents of the buildings in the vicinity.

A Supreme Court bench of Justices Chandrachud and Bopanna on Friday acceded to Noida authority's request to confirm August 28, 2022 as the date of demolition of Supertech twin towers.

Court further granted a “bandwidth of seven days” between August 29 to September 4 in order to take into account any marginal delay on account of technical reasons or weather conditions.

The demolition was earlier fixed for August 21 with a grace time of one week that would end on August 28. On the last date of hearing, the Central Building Research Institute (CBRI) had informed the apex court that it had sought information regarding the blast design, ground vibration, post demolition debris assessment, test blast, vibration monitoring report, dust cloud along with the structural audit report with respect to nearby buildings.

The court had thus allowed CBRI to write a  communication to Edifice Engineering (the company responsible for the demolition) and Noida in this regard. The court had directed them to supply the information sought by it on or before August 5. Noida Authority was also directed to convene a meeting on August 6 so as to sort out the matter and file a status report by August 12.

When the case was taken up for hearing on Friday, the Noida authority informed the court that certain work prior to demolition has to be completed by August 25 and urged the court to confirm the date for demolition as August 28, 2022. Court acceded to its request.

It was their contention that the construction proposed by the Supertech Group would lead to restricted passage of air and light, thereby infringing Article 21 of the residents at Emerald, and was further in violation of Building Regulatory Norms of 2005, Fire Safety Norms, UP Apartments Act, 2010.