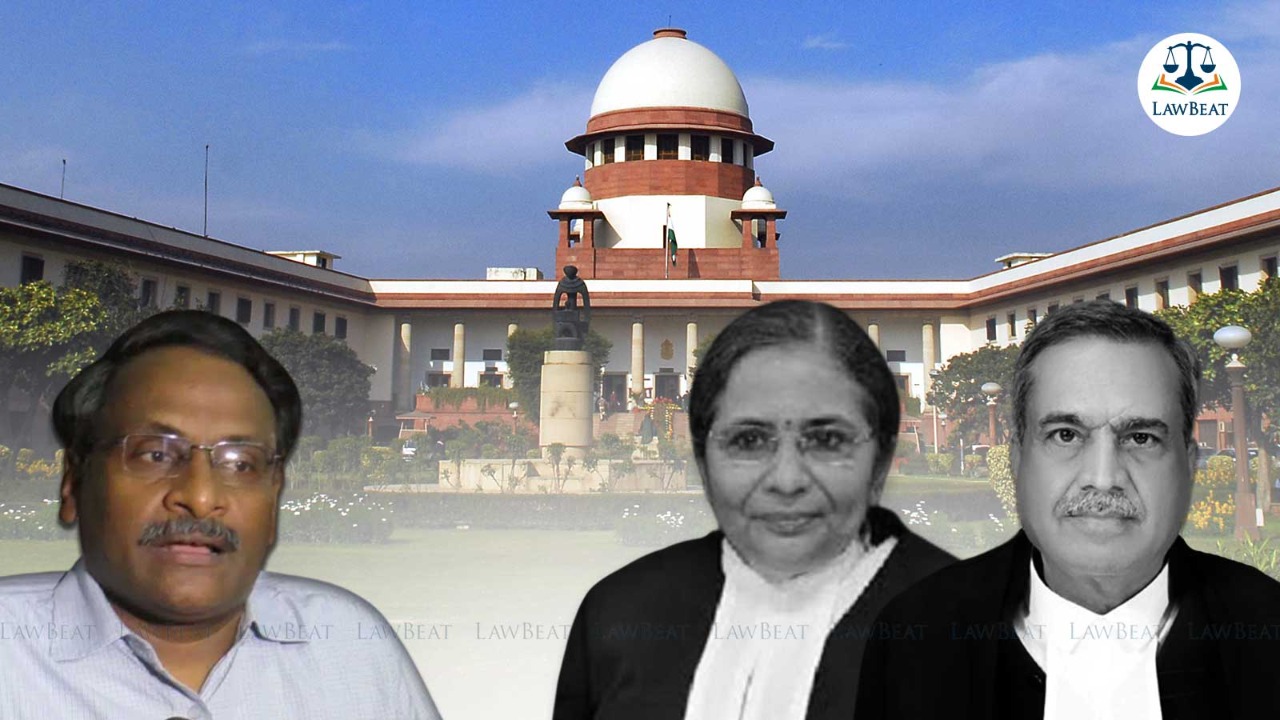 Saibaba and five others were accused of having links with CPI Maoist and its frontal organisation Revolutionary Democratic Front (RDF). It was also alleged that the accused were abetting and assisting the hardcore underground cadre of the CPI (Maoist) by providing information and material and facilitating the travel and relocation of the members from one location to the other.

Justice MR Shah led bench stated that it has passed the order in interest of sovereignty and integrity of India, noting that the accusations are "grave and very serious" & High Court had not gone into merits of the case.

The bench also comprising Justices Bela M Trivedi further orally observed that “it is of the firm opinion” that the prayer made by Maoist links accused Saibaba that he may be confined to house arrest could not be accepted at this stage, especially since he was convicted by Trial Court for “very serious offences”. Notably, after dictating the order, the bench removed the observation made by it on the house arrest plea after his lawyer submitted before Court that his clients’ bail application “may be hampered”.

Referring to the house arrest request made before Court, Solicitor General Tushar Mehta had submitted that, "these kind of requests are coming from naxals all the time - to get house arrests. One doesn’t need to go out of their home to carry out terrorist activities".

While senior lawyer R. Basant representing accused GN Saibaba argued that his client had no criminal antecedents against him and there was irregularity while granting sanction under Unlawful Activities Prevention Act (UAPA) by the review authority, the bench stated that the the plea was not raised at the time of trial. Court said that it would be appropriate that this be made a question of law as well, i.e. the extent of consequences of not raising a plea against irregular sanction orders under UAPA.

Mr. Basant also argued that at most, the accused was guilty "ideologically".

"GN Saibaba is a 50 year old, a DU professor with an unmarried daughter, disabled to the extent of 90 percent. He is a resident of Delhi. He is only IDEOLOGICALLY involved at most, the brain, as SG said. Nothing more. These are are all reasons for suspension of sentence," argued Basant

To this, bench stated,

"We are not on merits! But, Brain plays a VERY important role so far as Terrorist and Maoist Activities are concerned! One doesn’t need to do much but work with the brain"

When the matter was taken up today, Solicitor General Tushar Mehta submitted before Court that the charges against the accused were "Very very serious. Heavy separatists working from J&K, meetings with commanders of Naxalites, working against sovereignty of nation, attacking our security forces etc..."

He also argued that the High Court order had gone into the sanction order under UAPA without appreciating the merits of the case, especially since the same objection was not raised at the time of trial.

After hearing the parties at length, Court formulated the following questions of law:

All of them were convicted by the trial court for their alleged Maoist links and for waging war against the country.

High Court acquitted them on the ground that the sessions judge had framed charges against them and examined the first witness in the absence of sanction. High Court had also ordered for their immediate release.

Yesterday, hours after the acquittal order was passed, Solicitor General Tushar Mehta urgently mentioned the appeal against the said order before a bench of Justice DY Chandrachud seeking immediate listing, as the CJI UU Lalit led bench had risen for the day.

Justice Chandrachud remarked that he could not take up the plea as he had not seen the papers on the matter and it was after 4 PM.

SG Mehta then requested Justice Chandrachud to give liberty to the State of Maharashtra to mention the matter before the Registrar to take suitable instructions from CJI for listing of the matter today.

Accordingly, the matter was listed before a special bench led by Justice MR Shah.