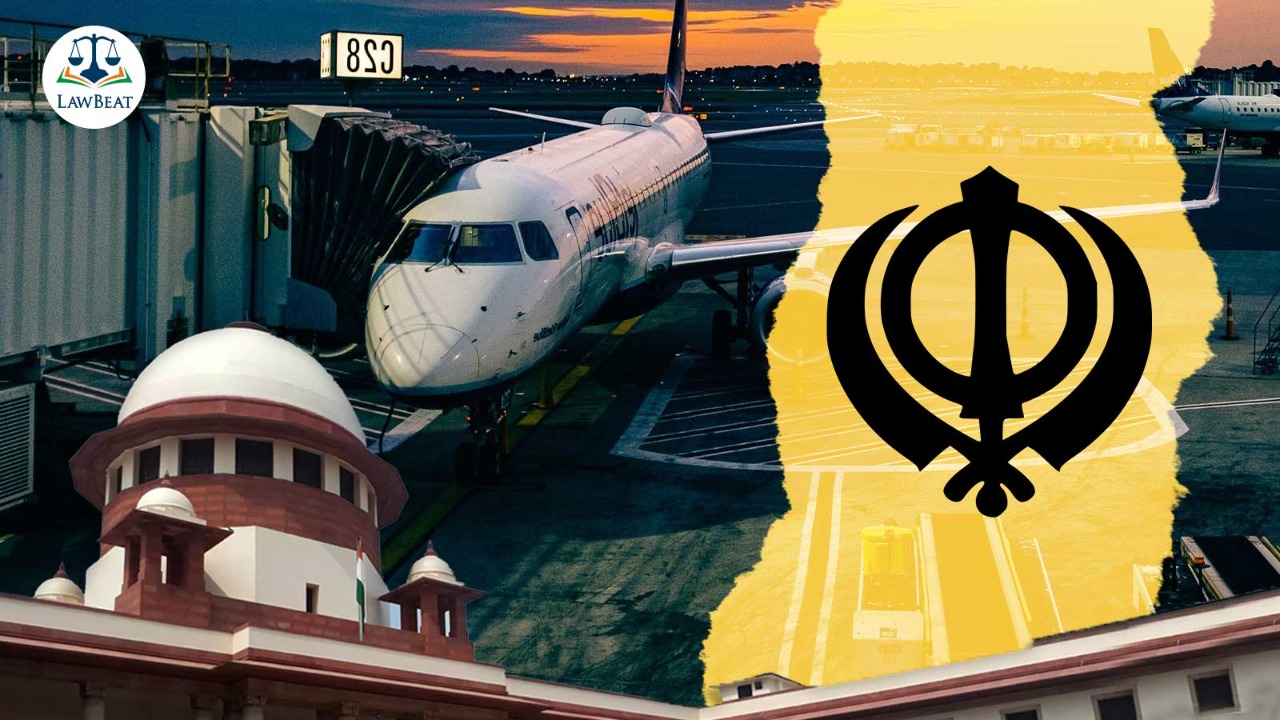 Hindu Sena in its plea before the Supreme Court had questioned whether the freedom to practise one's religion as guaranteed by Article 25 of the Constitution of India was absolute without limitation to public order and safety to the co-passengers in a flight.

The Supreme Court today dismissed a plea filed by Hindu Sena challenging an order dated March 4, 2022 whereby the Bureau of Civil Aviation allowed members of the Sikh community to carry ‘kirpan’ at their person not only at the airports but also to the flight cabin in domestic flights.

A bench of Justices S Abdul Nazeer and JK Maheshwari has asked the petitioner to approach the High Court instead.

In their plea, Hindu Sena alleged the impugned order to be illegal and discriminatory, which was passed by the authorities while being anti-secular.

Hindu Sena further alleged that the authority bestowed upon the Bureau of Civil Aviation by sub-section 1A of section 5A of the Aircraft Act 1934 (XXII of 1934), can only be exercised in the interests of the security of India or to ensure security of civil aviation operations and not otherwise. The petition added,

"...Rule 3(b) of Aircraft (Security) Rules, 2011 categorially states that the Commissioner shall make order necessary to carry out &
national civil aviation security programme. Obviously, from combined study of sub-section 1A of section 5A of the Aircraft
Act 1934 (XXII of 1934) and rule 3(b) of Aircraft (Security) Rules, 2011 it is quite clear that the authority mentioned therein can only be exercised to enhance the security at the airports and in the flights along with security of the passengers but not to compromise the security and public order."

Court was further told that such a blanket order may allow any passenger alleging to be a Sikh to misuse the liberty granted to them to breach the security in the most sensitive and high-security areas.

Allowing certain groups of people to carry sharp objects inside high-security areas of Airport and Aircraft is in violation of Article 21 i.e., Protection of Life and Personal Liberty of fellow employees and co-passengers who are themselves restricted to carry any sharp metal objects on the ground of safety of others while persons around them have liberty to carry an object that could be potentially used to harm them, the plea further submitted.

Case Title: Hindu Sena vs. Union of India and Ors.