Did the Constituent Assembly give away Independence of Judiciary in Judicial appointments: Legality of Collegium & the 'NJAC Debate' 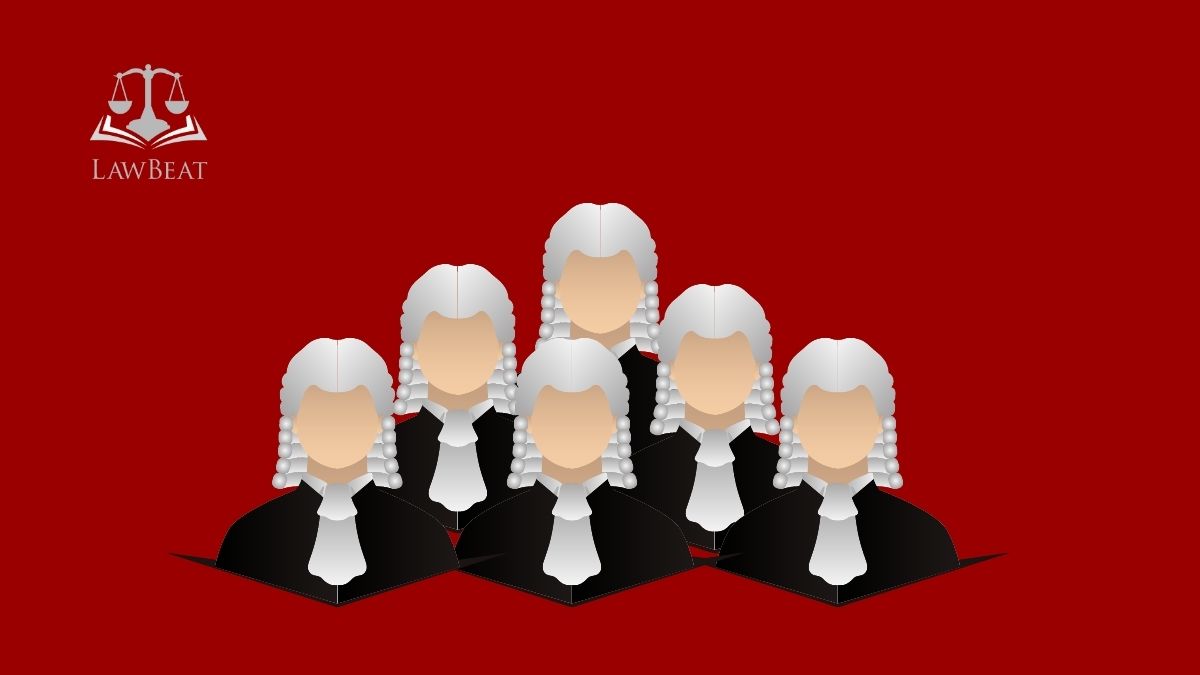 Judicial appointment has hardly been a settled debate in the evolution of constitutional jurisprudence. The appointment structure has seen two diametrically opposite faces – the pre Second Judges case and the post Second Judges case. Initially, Article 124 was literally interpreted and consultation was on the pleasure of the President, with the final decision resting with him. Therefore, the executive had absolute control over appointment of judges. Sankalchand[ii] case upheld this understanding of the Constitution although the foresight of luminaries such as P.N. Bhagwati, Fazal Ali and Krishna Iyer, did act as check on the unfettered power, by emphasizing that the counsel of the Chief Justice carries great weight[iii] and the government may also be asked to explain with cogent reasons its departure from the counsel of the Chief Justice if a case is made out in this regard.[iv] However, the underlining principle was that the Chief Justice has no power of veto and the government is not bound by the advice of the Chief Justice.[v] A similar view was taken in S.P. Gupta.[vi]

Primacy, Independence of Judiciary and NJAC

Article 124(2) provides for consultation of the Judges of the Supreme Court and the High Courts as the President may deem necessary and that the Chief Justice shall always be consulted. The Constituent Assembly very well debated the scenario and outcome of compulsorily binding the President of the advice he may seek. The contention was twofold: the President has been allowed freedom to decide whom to consult by is bound by advice, which can be conflicting from other such opinions he may seek and the President may have to be bound by opinions of High Court judges in appointment at super ordinate offices.[viii]

Dr. Ambedkar says the following in response to amendments in the Constituent Assembly to the present Article 124:

It is amply clear that the Constituent Assembly wanted the consultation process to not tie down the President through unwritten principles. Neither the President could unilaterally make decisions with regard to appointments nor did the Chief Justice have any control to overturn the President’s decisions. This middle course was further solidified in the Sankalchand judgment as explained above.

Furthermore, there have been proponents of the argument that establishment of judicial primacy in the Seconds Judges case is in a specific, restricted context and not an intrinsic constitutional principle to be a part of the basic structure.[x]

“...This will ensure composition of the courts by appointment of only those who are approved of by the Chief Justice of India, which is the real object of the primacy of his opinion and intended to secure the independence of the judiciary and the appointment of the best men available with undoubted credentials.”[xi]

The driving contention for Justice Verma’s majority was the fact that men in the same arena are better placed to adjudge best possible candidates to serve the judiciary and therefore it is a role assigned to the judiciary (thus establishing judicial primacy).[xii]

The bench also came up with an imaginative set up called the ‘collegium’ by taking cognizance of Dr. Ambedkar (albeit, only selectively) words that the Chief Justice alone cannot be allowed to have a voice that shall be concurred with by the President. However, the necessity of ‘plurality of judges’ seems more of a convenient escape route now that they had made the judiciary the final word in appointments but could not afford a singular opinion to be final. It simply is opposite to the text of 124(1) as the President is forced upon with multiple opinions, seeking which in the first place was his prerogative.

In this light, exploring the structure of NJAC on the touchstone of constitutional jurisprudence (minus the conclusions of Second Judges case) before the Fourth Judges case[xiii] will lead us to better conclusions.

The NJAC provides for the Chief Justice and two seniormost judges, the Law Minister and two ‘eminent persons’ nominated by a committee of the CJI, PM and LoP (or Leader of single largest party) in the Lok Sabha. The concerns raisd by various judgments on Executive interference, political appointees etc. is not lost upon us after the supersession of judges and notions of ‘committed judiciary’. It is valid that the era of Constituent Assembly and S.P. Gupta was a completely different one wherein jurisprudence began with an assumption of ‘committed executive’ always acting in common interest of the people and its institutions. Therefore, a continued stubbornness to literally follow words spoken half a century ago is not recommended. Independence of the judiciary will not seem to be protected at the fancy and pleasure of the President. Also, the inconsistencies of the collegiums – opaqueness, closed knit system, alleged favouritism[xiv] and the above discussed arguments of questions on its legal basis show us that a system of blindly submitting to the wisdom and impartiality of judges and accepting what they decide without any evidence or a question or two because they are judges and will not do a wrong defies the strong checks and balances culture that the judiciary itself has tried to popularise in our democracy.

In this regard, a Judicial Appointments Commission serves the purpose of ‘concurrence’ best. It is an Executive-Judiciary model[xv] in which decisions without concurrence of the two blocks is not possible. Accountability is a sure outcome as the Commission will be self-regulated. Whether any appointment procedure should be available for public scrutiny is another debate which raises questions over prejudicing a candidate’s chances or jeopardises his functioning as a judge. Even without that, two organs of a state on the same table is a self-accountable system which can be trusted per se rather than a gang up of a handful few of either the Executive or Judiciary.

The NJAC had majorly three contentions with its composition – a) presence of Law Minister b) ambiguity over ‘eminent persons’ and their nomination process c) veto of any 2 members.

The presence of Law Minister as raised by Justice Joseph, is a conflict of interest issue because he represents the largest litigant in the country on a body for appointing judges. Not delving deeply into the discussion, the conflict of interest persisting even in the collegium system, even though the Executive’s was a ceremonial role. It persisted prior to Second Judges when the Executive had absolute control over appointment. It is a difficult proposition to accept that framers of the Constitution discussed, debated and continued with an apparent conflict of interest along with the judiciary for close to four decades. The understanding is that the Law Minister is in a different capacity (not a litigant) as representative of the President to look for ‘concurrence’. Concerns for favoured appointees are well found but 1/6th of voting power in a body cannot appoint cronies alone.

The last thing we require is persons not capable or versed with the functioning of the judiciary or the justice system to be involved in appointment. Eminent persons should only be restricted to jurists, practitioners or scholars of imminence. Two eminent persons exercising a veto over the Executive and Judiciary, who may be nominated by the PM and LoP in collusion against the CJI is a valid concern. It is proposed that the Commission should have position for one eminent person. Possibility of s bipartisan compromise between the PM and LoP is extinguished if the nominee is only one.[xvi]

Veto of any two members is significant otherwise it would replicate the collegiums without any change. The existence of a veto in itself cannot set off flares and impinge upon the independence of the judiciary. Considering its practicality, the highest probability is of the judges’ candidate passing through (with added transparency by means of presence and agreement of a neutral and eminent legal luminary/scholar) while it becomes difficult for the government to stall uncomfortable appointments as there is little scope for the single eminent person to not be neutral.

The independence of judiciary is a part of the basic structure of the Constitution. Judicial appointments are directly linked to the independence of judiciary. Therefore, judicial appointments cannot be done in a manner infringing the independence of the judiciary. However, judicial primacy per se is not a part of basic structure itself as seen through Constituent Assembly Debates and Constitutional jurisprudence prior to Second Judges case. Even in the Second Judges case, judicial primacy was the only way to ensure judicial independence. However, the fallacies in the collegiums are not a secret. Moreover, a system of complete Executive exclusion and judiciary-only appointment was not thought of and is a matter of judicial imagination. The NJAC would rather serve better to achieve ‘concurrence’ between the Executive and Judiciary (consultation being an outdated concept as it gives complete control to the Executive). With a different structure suggested above, the NJAC will ensure the right balance by making a judicial nominee the easiest to be appointed but not without the support of the Executive or a neutral distinguished legal mind. On the other hand, it remains substantially difficult for the Executive to stall ‘uncomfortable’ appointments without merits and certainly impossible to make favoured appointments without agreement of the judiciary.

[i] Shivam Singhania is a graduate of West Bengal National University of Juridical Sciences (NUJS), Kolkata. Shubhendu Anand is an Advocate, practicing in the Supreme Court of India. They can be contacted at shivamsinghania27@gmail.com and a.shubhendu@gmail.com respectively.

[xiv]Abhinav Chandrachud, The Informal Constitution: Unwritten criteria in selecting judges for the Supreme Court of India (2014).