Bar Speaks: Is the bar split over the Delhi High Court's verdict on Marital Rape? 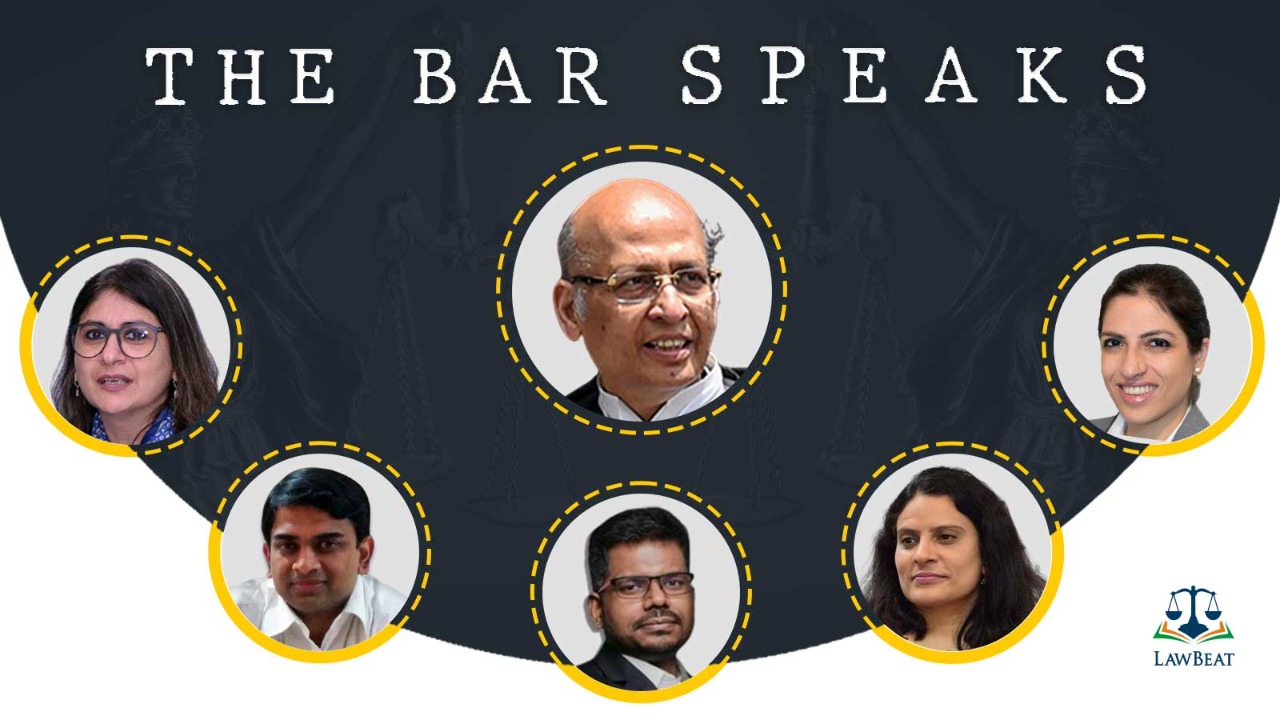 The Delhi High Court’s split verdict on marital rape has in essence, ensured that the lawyers are split in their opinion of it. While many had high hopes on the verdict to lay down the law, they were left disappointed when the court issued certificate to appeal against the order. A senior lawyer, under the condition of anonymity, said that the the Judges who adjudicated the matter should have referred it to the Chief Justice of the High Court to appoint a third judge so that the court could have passed a conclusive verdict.

A section of lawyers feel that what was done was right as the judgment would have been challenged even if the court had delivered a verdict.

What is the split verdict about?

The Delhi High Court had on May 11, 2022 delivered a split verdict in a plea challenging the exception 2 of Section 375, Indian Penal Code as much as it excludes married women from filing rape charges against her husband.

Justice Shakdher, who ruled in favour of striking down the exception to the provision of rape has held that marital rape still amounts to rape and the impugned exception under the Indian Penal Code, 1860 is violative of the wife's Right to Life, Right to Equality & Right to freedom of expression. He has held that the ghost of the master of the exception, Hale, needs to be “exorcised”.

While observing that the exception does not pass the test of intelligible differentia, his analysis seems to be that rape is not considered “real” even if this exception is kept alive, within a marriage. In order to substantiate his stand Justice Shakdher observed how a “Sex- worker has been invested with the power to say "no" by the law but not a married woman cannot. In a gang rape involving the husband of the victim, the co-accused will face the brunt of the rape law but not the offending husband”

He has further held that the arguments pertaining to “conjugal expectations” to be untenable. Justice Shakdher notes that though there is legitimate expectation of sex in a joyful marriage, it is not an unfettered access/ “marital privilege” that a man can claim over his wife.

Justice Harishankar held against the striking down the exception to the provision of rape. He held that that Exception 2 to Section 375 of the Indian Penal does not violate Constitution as it is based on an intelligible differentia. He opined that striking down the the exception provided to marital would result in creation of a new offence.

He held that “While the proscription on creation of an offence by judicial action is, in a way, a mere extrapolation of the principle that Courts cannot legislate, or take over the function of the legislature, the principle, even otherwise, accords with common sense, as well as the realities of the legislative process.”

On intelligible differentia, Justice Harishankar has noted that the courts cannot examine whether the object of the legislation is sufficient to justify the differentia. He says “a writ court, venturing into that territory, would clearly be exceeding the boundaries of its authority under Article 226.” It was further opined that the section does not disallows a wife from saying no to sexual intercourse and that the language of the section plainly states that sexual acts and sexual intercourse, by a man with his wife, are not rape.

The above are merely excerpts from what was held in the judgment.

“To be very honest, I cannot oppose the Shakdher J judgement on logic and law; and yet cannot support it on an emotional gut feel. Somewhere, I think that justice Harishankar got it right: whether because recognising marital Rape would generate interminable rancour, rift and tension in society and in the institution of marriage or because it would be almost impossible to accurately police allegations in this regard. So in the end I would go my my heart, not my head and vote in favour of the existing statutory exception.”

“J Shakdher's judgement attacks the unreasonable classification of rape being different if it's committed by the husband.  Rape has always been an offence, and the exception of rape by husband is on a notional basis. Violence against a woman by an artificially created category cannot pass the test of personal autonomy and dignity under Article 21, or under Article 14. There is no encroachment of the legislative function by the constitutional court, because the Marbury v Madison principle that the final interpreter of law is the courts.”

"The Delhi High Court judgment has brought the issue into sharp focus and debate. A recent study in The Hindu showed that most instances of sexual assault on a married woman are by the husband.  That criminalising marital rape has taken this long is a matter of regret. It is really a matter for the legislature to resolve.

The dissenting judgment presents an interesting contrast. There are some reservations over criminalising marital rape in much the same way that doubts were expressed over the dowry related legislation. The answer is not to look the other way when it comes to the rights of women. The more that women are empowered by law, the stronger society will be in the long run.”

“The split verdict is proof of the fact that there are indeed two points of view and neither view is in black and white. Clearly, a binary and monochromatic approach to such a complex issue does grave injustice to it. Critically, it is evident from a reading of both opinions that there is need for greater empirical data on the subject, in addition to collection of inputs from a wide array of stakeholders. To my mind, the Legislature, and not a Court of law, is best suited to undertake such an exercise. Finally, although both Hon'ble Judges have granted leave to approach the Supreme Court, I am not sure such leave may be granted in the event of a split verdict. In other words, such leave may granted only from a "judgment", and a split verdict may not satisfy the definition of a judgment.”

“Though I agree with what Justice Rajeev Shakder had held, I must say that there is a very thin line when it comes to  prosecuting such offences. Justice Hari Sankar opined that a husband cannot be treated like any other person committing the offence of rape against the will and consent of the woman. If you go by definition of rape, it says “a man” is said to have committed an offence of rape, so the definition does not discriminate. There is another issue of proving these offences, though I am personally opposed to the obligation of prove such offences, it is open to a lot of of misuse. However, the law is to be laid down.

“I agree with a woman lawyer colleague who said it was difficult to read the dissent. Do note for instance Justice Harishanker's cryptic ' Upon going through the submissions there really is nothing substantial with respect to the submissions that the impugned exception violates the Article 21 rights of a woman.'

Both judges defined ' marriage' in contrasting terms. Justice Shakder succintcly holds ' The arguments hedge around the main issue which is to call out the offence of rape for what it is.' He said ' the law cannot direct consummation' but does not hesitate to enter the ' private space' Justice Harishanker hesitates to enter in.

If Justice Harishanker is perhaps ' hearing the beat of a different drummer' I am glad both judges agreed to refer the matter to the Supreme Court because as Justice Shakdher observes 'Where marriage is a tyranny, the State cannot have a plausible legitimate interest in saving it.' The legislature ' in its wisdom' decides a lot of things and a constitutional court checking even an old law on the test of the Constitution is well within its powers to do do. This is not ' running the government' as seems to be the concern of the dissenting judge, please 'interpret the statute' but also see if it passes the muster of the Constitution.

It was difficult to read ' The extent of outrage felt by the wife, in the two cases would also be different' when he compared ' rape' by a husband and a stranger. It is easier to understand when Justice Shakdher says that the classification between a married and unmarried woman is unreasonable because here the judge is applying the Constitution when he has to instead of making purely general observations on behalf of another gender. He minces no words in holding that 'the offence of rape and injury remains the same irrespective of who the offender is.'

One judge finds the impugned provisions violate Articles 14, 15,19(1) (a) and Art. 21 and also explains why other women centric laws like the D.V.Act would not cover the offence of rape in marriage . The irony of Justice Harishankar holding that marriage is not an ' imposed conception' when the issue is of consent is interesting. So is his choice of the ironic word ' imposed' albeit in a different context.

I hope the Supreme Court enters the ' marital bedroom' Justice Shakdher has not hesitated to enter.”