[Bar Speaks] Is reputation at the Bar built with lineage? - Young Lawyers Speak up 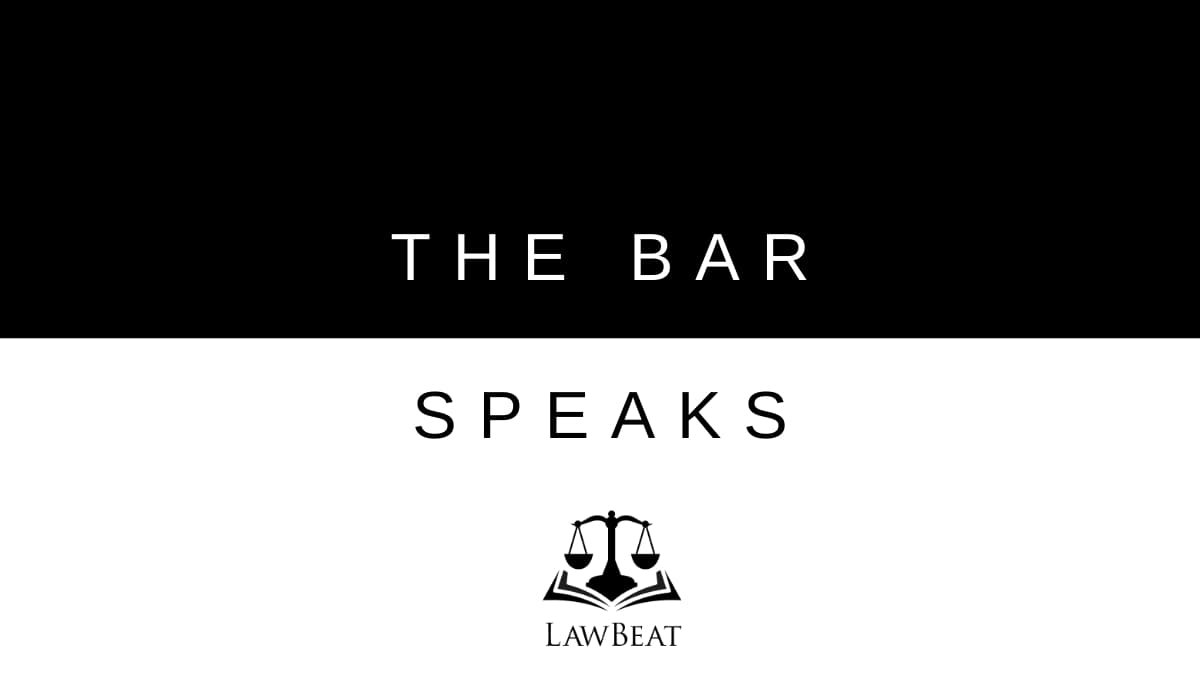 Yesterday, Supreme Court Judge, Justice D.Y. Chandrachud expressed during the course of a hearing that the reputation of a lawyer is not built on whose son or daughter they are in the Top Court and that, only being well-prepared on a case truly reflects on ones caliber.

While adding that a counsel should be prepared when they appear before Court, he said that Judges have respect for counsel who are well-prepared in their matter and that’s how their reputation gets built over the years.

"It has nothing to do with other factors," Justice Chandrachud added.

To generate discourse on the issue, Lawbeat reached out several young members of the bar for their views on the comments by the Supreme Court sitting Justice.

The issues of influence and nepotism which exist were brought to the fore by some young members and though they lauded the positive comments coming straight from the bench, they pointed out that the denial of the existence of these issues is deeply problematic.

Advocate Abhishek Dwivedi said that the observations by the the Hon'ble Supreme Court may sound encouraging at the outset but appear deeply problematic in all seriousness.

"Such observations indicate a denial on the part of the judiciary and even the bar in acknowledging that nepotism is a serious issue in judicial appointments and even in how judges treats lawyers," he said.

While pointing out that there are indeed many first time lawyers who do not get the same time or consideration from the court that the kin of a judge or senior lawyer gets, he said that the judiciary needs to reflect on it's conduct while making such statements.

Advocate Ananth Krishna Subbalakshmy also pointed out that the positive statement are definitely commendable but many junior lawyers have seen time and time again, how matters are decided based on the seniority/reputation of the advocate rather than the merits of the case.

"The hierarchical power and influence of senior lawyers and employment conditions for many juniors show the the legal profession is in many ways inequitable, and the cycle is bound to continue endlessly. Unfortunately," said Subbalakshmy.

Advocate Raghav Sethi, Associate at Luthra and Luthra thinks (in his personal capacity) that Justice Chandrachud's comments are extremely important and motivating for young lawyers like himself, however, it is far from reality.

"There is an ardent need to have more conversation about what role influence and contacts play in the legal circles. Having a solid standing at the bar matters and that is indeed built over time but it takes a lot for someone with no backing in the law to even be part of the discourse... forget about getting clients right at the beginning. I think having a mentor really helps in building a career in this field," he said.

Varun Reddy, a law student thinks that that the comment of Justice Chandrachud is indeed exactly opposite to what the reality is.

Litigation: A market of "perceptions"

Advocate Ayush Anand, former practitioner at chambers of ASG Vikramjit Banerjee, and lawyer at the Supreme Court thinks that though Justice Chandrachud is absolutely right when he is asking for preparedness and to argue the matter for earning the respect of the judges, the issue is also to do with prevailing perceptions of clients for having access to briefs.

"When one doesn't have their own briefs, one is not briefed to argue," he further delves into the fact that clients definitely prefer a counsel of good standing which they or the litigation market perceive as capable of securing a favourable order.

"Ultimately, the litigation market of constitutional courts runs on perception, past experiences, and the fact that we all are hostages of our emotions as human beings," he says.

Advocate Madhurima Ghosh says that the lineage factor most often comes up from the clients' side when they are out looking to engage lawyers and though she has found that in other courts apart from the Top Court and District Courts of Delhi, leniency is met out in granting time/adjournments to more known lawyers.

She agreed with Justice Chandrachud's statement that Supreme Court has always been encouraging of new young lawyers and being more keen on the preparedness of the lawyer.

"We welcome the challenge to establish ourselves"

Advocate Adhitya Srinivasan doesn't think lineage has any part to play in building an advocate’s reputation.

"Reputation among lawyers is a function of a number of variables and is seldom regarded solely in terms of a lawyer’s relationship with the bench," he says.

"That said, the advantages of lineage are not insurmountable and, frankly, a lot of us welcome the challenge of being able to establish ourselves without any meaningful tailwinds!," Srinivasan adds.

Advocate Rahul Tanwani welcomed this comment by the Top Court Judge, hoping that the same is indeed implemented in letter and in spirit.

“Ones lineage might just give you an advantage in landing your first few matters. Afterwards, it’s ones own effort that drives ones practice,” said Advocate Sidhant Kumar.

He said that today, clients are sophisticated and demand results in which scenario merit becomes crucial.

“As a first generation lawyer, this gives me the confidence to go to court everyday and try harder and to be better with each passing day,” Kumar said.

Senior Associate, Shardul Amarchand Mangaldas, Arbaaz Hussain says (in his personal capacity) that indeed there have been instances where first generation advocates (Mr. Fali Nariman, Mr. Ram Jethmalani for instance) have made it big.. but first generation lawyers have to compete with those on the other end.

"There are both advantages and disadvantages to being a first generation lawyer. Certain lawyers, I can't name them, have agreed that having a father or grandfather who was a lawyer made it easier for them," says Hussian.

He adds, "When I first came to Delhi, as an outsider and a first generation lawyer, I did face challenges in even getting places, but yes, it is not impossible. Initially there are challenges but later you do build your own face value."

Advocate on record, Akriti Chaubey thinks that the fact that today, a first generation lawyer is the Chief Justice of India, shows that merit is irreplaceable.

"Definitely, sometimes coming from a law background helps you initially in terms of the struggle, i.e to say that people from non law background may have to struggle more initially, however, in the long run, merit is irreplaceable and you can only earn the trust of the bench if you are well prepared and true to your duty as an officer of the Court," Chaubey adds.

Advocate Shashank Shekhar Jha agrees with Justice Chandrachud's comments upto a certain extent, however, he adds that being children of someone influential definitely allows you to have more presence in top court.

"Though, it's the capability of the person which ultimately determines their reputation," Jha says.

MP Srivignesh, Advocate at the Supreme Court thinks that Justice Chandrachud is indeed a Judge who constantly encourages juniors, leaving their background apart, to argue matters.

He elaborates that while earlier when he had joined the profession, mostly seniors would argue cases, "nowadays there is almost a paradigm shift and benches hear out all advocates regardless of their background."

He adds, "Infact, in some cases where they have appreciated our arguments, they have gone to the extent of noting down our names and getting them included in the order sheets."

"These are the kind of statements which are extremely motivating for us young lawyers and keep us going. At the end of the day, if you are well-prepared with your brief and have put in your 100 percent efforts in the case, it doesn't matter what your family background is. This is also what the Hon'ble Chief Justice was saying a few days ago. This approach of the judges takes away any hesitation or hindrance in the mind of any lawyer to argue a matter  before the Apex Court - it doesn't matter whether you're a part of the top batch or top brass, or whether you are a man or a woman, you're heard regardless."