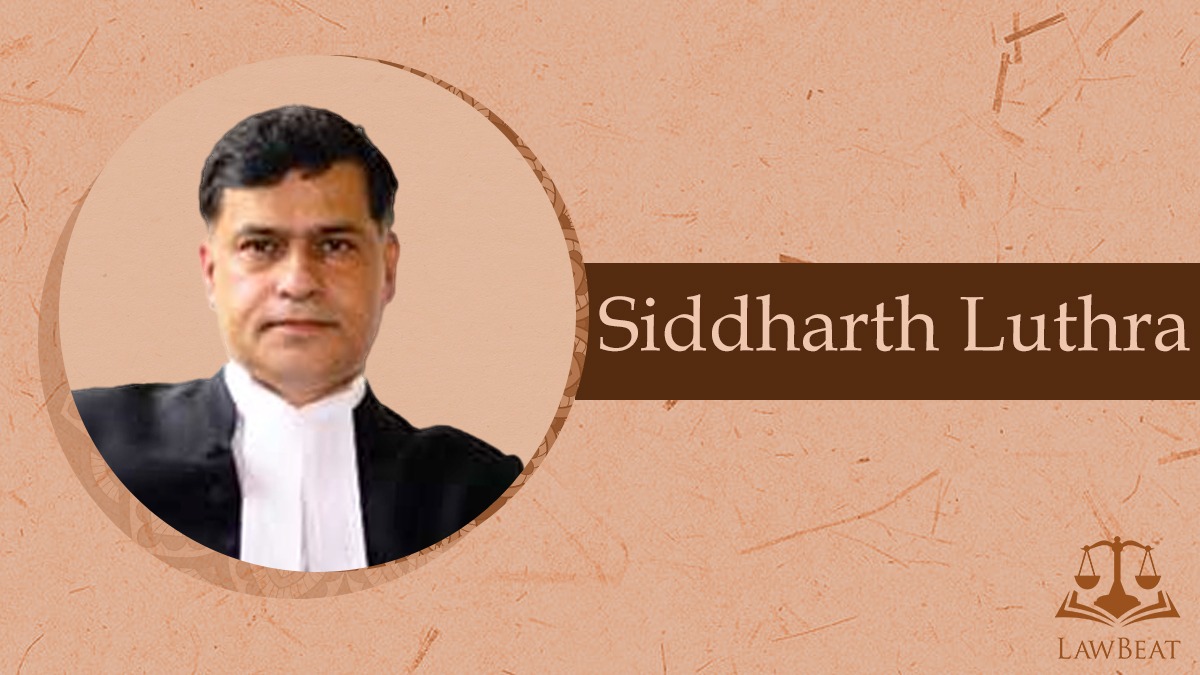 Mr. Sidharth Luthra is an institution. I was of the opinion that lawyers practicing criminal laws are usually serious people because of the constant pressure they are under. Mr. Luthra debunked that myth hands down.

Prior to approaching him, I had read many articles that Mr. Luthra had authored, I was for obvious reasons, skeptical about approaching him because he might as well say that he will write and publish them himself. I approached him with abundant caution, because I was obviously scared. I got his contact details from a friend of mine, dropped him a text explaining the project I was undertaking. To my surprise, he replied in half an hour’s time saying, “Good project, I will try and recollect some anecdotes. Call me when you are free.”

I was surprised to say the least, here is a man who handles India’s top criminal litigation and he found time to reply to my message. When I called him, I introduced myself, he said, “I remember you boss. Tell me about your project.” We had a 3 minute conversation about this project and he agreed.

Mr. Luthra however got busy with work and I kept following up with him for months on end. I randomly dialled his number one day and he said, “Thyagarajan, I am a little busy with work but I promise I will send you my anecdotes. I am trying to type them out somehow.” When I suggested to him that he could narrate them to me on phone of simply send a voice message, he answered in the negative and said he would type them out himself.

I distinctly remember seeing a WhatsApp message from him on 05.01.2021 which read, “Sent, finally!” I was surprised. I replied asking him if he had sent me the anecdotes, he said “Yes Thyagarajan, I have sent you the anecdotes by email. I hope you remember I have your email id.”

My week was made! I do not wish to write over Mr. Luthra’s anecdotes as they are brilliantly written.

These anecdotes in my opinion are some of the funniest you will get to read in this space.

This is a story which I wish to share with young colleagues, it was 2001 when I was appearing before a judge in the Delhi High Court who was later elevated to the Supreme Court. By that time, I had begun to get independent briefs and my practice was picking up in the criminal side and I was learning as I went along.

I landed up with a brief seeking bail under the Customs Act where the allegation against my client was that he had inserted Rs. 5 lakhs worth of foreign currency in his body using a contraceptive. He was  X-rayed and caught at the airport and was in custody. The bail having been lost at the Sessions court, we had moved the High Court and on a fine winter day armed with different precedents I was addressing the court on the human impossibilities of the prosecution case.

What I did not factor in my arguments was that the Hon’ble Judge had been sitting on the Preventive Detention tribunal which deals with cases under The Conservation of Foreign Exchange and Prevention of Smuggling Activities (COFEPOSA) and these were routine matters for him. When the matter came up for hearing after notice, as I began to explain to the judge the very impossibility of inserting such a large amount of currency in your body and how the prosecution case was laughable to say the least, the laugh was on me when the Judge very kindly sought to explain to me that having sat on the COFEPOSA he had learnt that (and I quote his words here), “We Indians are great experts at putting things in our up our rectum”.  The statement having been made, had I been more mature I would have bypassed it and moved on but I compounded issues by unthinkingly responding to the judge with equal panache, “My Lord, I bow before your Lordship’s vast experience”.

Except for the two of us who were red faced, the entire court room burst into raucous laughter. It took a few minutes for the laugh to die down and needless to say that after that hearing it was difficult at least for me to continue with the hearing.