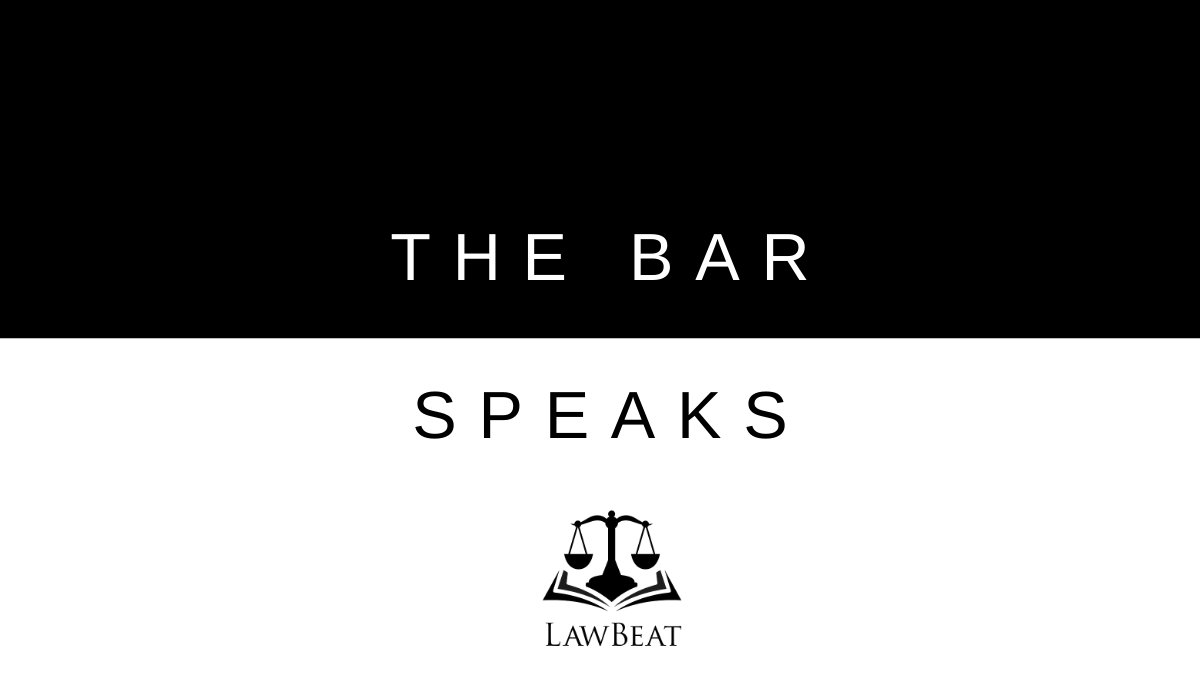 The SCBA President Vikas Singh pointed out that the move of the CJI followed his recent letter, requesting him to consider lawyers practicing in the top court for appointment as high court judges.

Singh said that the Executive Committee of SCBA had thus constituted a ''Search Committee'' comprising himself, the SCBA Vice President and senior member Mahalakshmi Pavani. Four other members included Rakesh Dwivedi, Shekhar Naphade, Vijay Hansaria and V Giri in the Committee, which had been formulated o facilitate the process of elevation by identifying deserving and 'meritorious' Supreme Court practitioners.

In his letter to the CJI on May 31, Singh stated that though lawyers practicing in the top Court had vast experience and best exposure in dealing with all kinds of issues relating to civil, criminal, constitutional and commercial law, they were rarely considered for elevation by the high court collegium as they did not regularly practice before the high court and while being professionally more meritorious than their colleagues at the high court, lose the opportunity for being considered as such.

Several High Court Bar associations including those of Delhi, Calcutta and lawyer's unions condemned the statement made by the SCBA President of meritocracy of Supreme Court lawyers over their colleagues at High Courts.

On June 13, Singh clarified that the letter to CJI for was intended only to get an equal opportunity for Supreme Court Lawyers to be considered for Elevation to High Courts. "The words used in the communique was only to stress the point in favour of having a transparent and robust system for consideration of our lawyers" the Press Release read.

Taking stock of the developments that ensued, we reached out to a cross-section of lawyers from High Courts and Supreme Courts for their views.

Senior Advocate Sanjoy Ghose told Lawbeat that there was in fact, no verifiable data to establish the fact that Supreme Court lawyers are more competent than lawyers who practice at the High Courts. He added that the 'Top Down model' as suggested by the SCBA for appointment of High Court Judges is de hors the constitutional scheme & that the same should be initiated at the level of High Courts.

"That having been said, I am all for ushering in transparency and greater consultation in matters of judicial appointments," Ghose said.

While pointing a solution-oriented approach, Ghose stated that a system should be put in place which would permit any person interested in judicial office. "Also, a person interested in nominating someone for judicial office should be able to give such inputs to the High Court Chief Justice. This process should also be accessible by bar associations and civil society groups. If this system is put in place then the SCBA can forward its recommendations to the concerned HC Chief Justices for consideration," said Ghose.

Senior Advocate Subodh Markandeya condemned the action of the SCBA, stating that the Bar Association should stop acting like a 'political person'.

"All segments of lawyers are entitled but to their being considered.  Quite often due to non-familiarity of HC collegia, lawyers of Supreme Court are left out which needs to be corrected. It is not appropriate for SCBA President to flaunt the issue as his own or his EC's achievement. Let not Bar Associations behave like political persons," said the Senior Counsel.

He however emphasised that by reason of their pan-India experience and handling of current complex issues, AoRs of Supreme Court do have formidable edge - both for being appointed as High Court judges and designated as Senior Advocates. "It is at best, one of the source for these two important segments of our legal fraternity. Justice S.C. Agarwal was perhaps one of the first AoRs to be raised to a High  Court Bench. He made a fine Judge and became a judge of the Supreme Court. Thereafter s number of AoRs were appointed HC judges and I think Justice B.S. Chauhan and S. Ravindra Bhat made it to Supreme Court. Justice Indu Malhotra practiced as AoR, designated Senior by Supreme Court and directly appointed to Supreme Court judge. I may have missed out some other distinguished judges. In my considered view  women lawyers practicing in SCI form a very good pool for appointment as High Court judges," he said.

"But, Creating any sense of entitlement or exclusivity is not healthy."
- Senior Advocate Subodh Markandeya

Advocate-on-record Pradeep K. Bakshi told Lawbeat that the statement of SCBA of lawyers practicing in the Supreme Court being more meritorious was unfortunate. "We have lawyers of competence in all Courts. Leave aside the top ranking Counsel, most had earned their spurs practicing in High Courts," he said.

"Lawyers practicing in High Courts have wider exposure and greater experience, especially amongst those eligible for elevation for High Courts," Bakshi said.

Senior Advocate Chander M. Lall said that he welcomed the initiative of appointment of ad hoc judges to the High Courts. "The Indian Bar has a profusion of talent," Lall said, "many of whom can contribute substantially in improving dispensation of justice in the country, which is somewhat crumbling under pressure of so much work. It is time that this talent is mined and utilised for the betterment of this cause," he added.

Though agreeing with the fact that the Supreme Court Bar has the best talent in the legal profession from all over the country, Chander emphasised that one should not forget that several extremely competent and bright lawyers have chosen to practice in their own states, either in the High Courts or the District Courts.

"A generalised comment that lawyers in the Supreme Court are either more meritorious or more competent, if indeed such a statement has been made by the SCBA, is not only narcissistic but wholly irresponsible and of course untruthful," Lall stated. "The SCBA being the Bar Association of the Apex court must behave in a responsible manner before making recommendations.  It is the institution which dispenses justice which needs to be preserved and developed and not the constituency," he added.

Lall further delved into the different skill-sets required for practicing at various courts across the country. "Resultantly, practitioners in the High Courts and District Courts may be far more dextrous for adorning positions on the Bench than their Supreme Court counter parts," he said. Exercising caution, he added that he would not commit the same mistake of making a generalised statement.

"The best horses for courses have to be selected. Such a selection has to have the individual in mind and not the Bar Association they are members of."
- Senior Advocate Chander M. Lall

Advocate Aankhi Ghosh said that the step was a good one and in fact, should have been followed all along.

"To say that the Hon'ble Chief Justice's decision would grant a special status to advocates practicing at the Supreme Court and deem them to be a separate class thus making the move arbitrary, is to misconstrue and misrepresent it," she said.

Ghosh also added that the Advocates practicing at the Supreme Court are registered with parent State Bar Councils and in most cases, are also members of such High Court Bar Association/s and that, she saw absolutely no reason why they must not be considered for judgeship in that High Court.

"The actual way to look at the situation is that advocates primarily practicing before the Supreme Court were being expressly precluded from consideration while elevating members from the Bar and that is arbitrary. As far as the Hon'ble CJI's statement regarding Supreme Court advocates being more meritocratic is concerned, it is his opinion and he is entitled to it,"
- Advocate Aankhi Ghosh