[Bar Speaks] The Hijab Verdict: What’s on their mind? 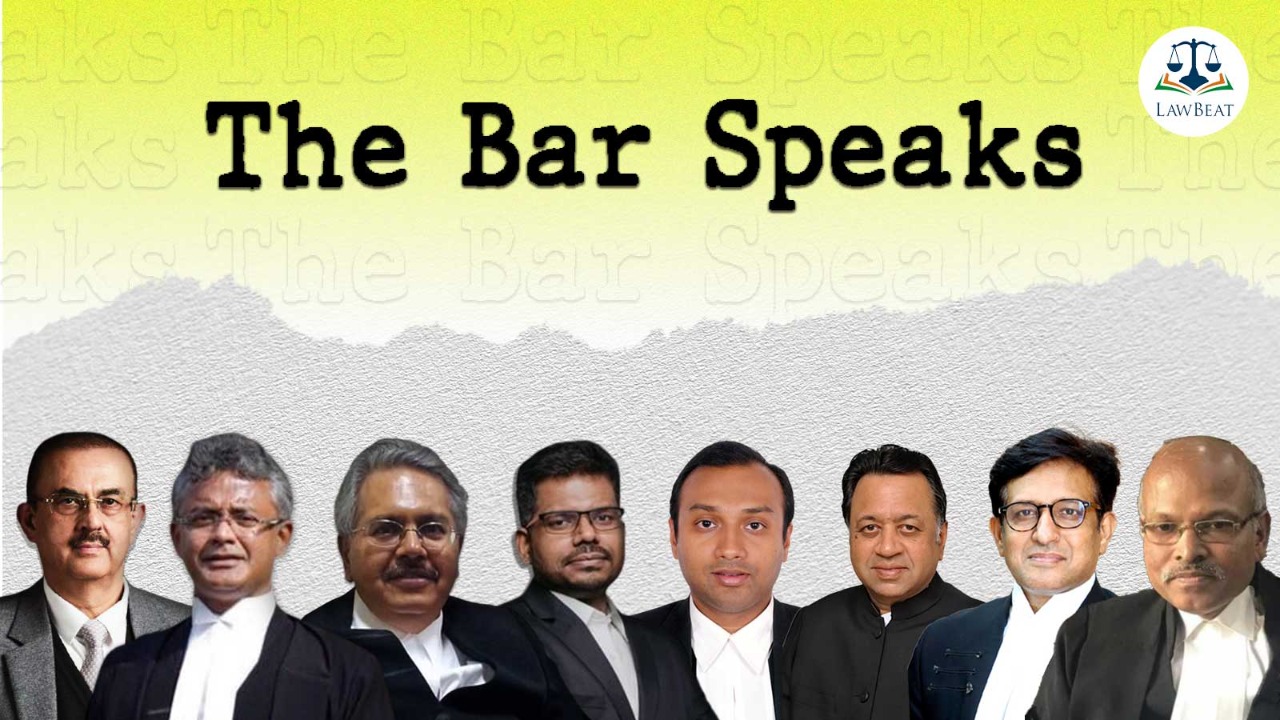 How did the hearing go?

The Hijab hearing started off as a writ petition before a single judge (Justice Krishna Dixit) of Karnataka High Court on 8th of February, 2022 but ended up as a matter of great public importance when a special bench was constituted to hear the matter. The hearings that ensued became a topic of public discourse across the board as they were being live streamed on Youtube.

Speaking of the social unrest due to the controversy, Justice Dixit on the very first day remarked, “Leave the court and judges to peace, these agitations, students attacking students, people who are dressed as students attacking others. These things disturb my decision making”

Prior to commencing the hearing he remarked “I got so many WhatsApp messages on the legality of Hijab last night that phone almost exploded.”

On the same day Advocate General Prabhuling Navadgi and Senior Advocate Devadatt Kamat engaged in a heated argument  when Kamat remarked, “Untouchability has not been abolished in India completely. This is a kind of religious apartheid.”

Justice Krishna Dixit (sitting single) remarked “Is it very hot in Delhi?” Referring to the fact that they were both appearing from Delhi.

The case saw emotional appeals, legal arguments and most importantly some religious rhetoric as well. A few interesting events happened during the hearing as well. On the second day of hearing before the Single Judge, an ambitious and a charged young lawyer started making submissions before Justice Krishna Dixit. Justice Dixit enquired if he was representing some party, the lawyer answered in the negative. Justice Dixit in a manner that is unique to him said, “You will come up well in life. But you really have to read the Advocates, Act, 1961 to understand that you need an authorisation from a party to make submissions in the court.”

The hearing also saw the judges heavily scrutinising every petition and application. Advocate Rahmatulla Kotwal on his petition being dismissed for non-compliance with the Karnataka High Court PIL rule said, “I have filed 20-25 writ petitions before this court and none of them have been dismissed on maintainability like this.” Replying to this Justice Dixit said “Maybe the rules have changed after the 20-25 petitions you filed.”

Amidst heated exchanges and passionate arguments, the hearing also saw Advocate General Prabhuling Navadgi circulating a judgment and confessing to the court, “I circulated the same judgment while unsuccessfully defending Karnataka Police (Amendment) Act, 2021, which banned online gaming.” The bench smiled and informed the AG that this was a part of the profession.

What’s on their mind?

A special bench of Karnataka High Court headed by Chief Justice Rituraj Awasthi and consisting of Justices Krishna Dixit and JM Khazi delivered its unanimous verdict on the Hijab issue on Tuesday (15th of March 2022). The bench held that wearing Hijab does not constitute an essential religious practice of Islamic faith. It further held that prescription of uniforms by schools is covered under reasonable restrictions of the fundamental rights.

The very same day this judgment was delivered. The Supreme Court was hearing a plea by Kerala based TV channel, Media One, seeking a stay on the revocation of their security clearance by Ministry of Home Affairs.

ASG KM Natraj, appearing for the union submitted that the TV channel had started a YouTube page where “they are criticising the Single judge who upheld the ban.”

Justice Chandrachud orally remarked “So long as they are criticising the judgment and not the judge, it seems completely ok.”

In the light of the above observation, we considered it appropriate at LawBeat to undertake an exercise of reaching out to the bar across & understand the 159 page judgment of the Karnataka High Court.

The questions we asked were:

"I don’t feel the government should have prescribed any dress for school in the first place as this will result in lesser number of girls coming to school in future. Their parents would send their girls to madarsas rather than regular schools in future. Same thing happened when skirts were made mandatory but schools were forced to accept kurta pyjama as an alternative. Hence the intervention of courts were necessary. The judgment is not correct for the same reason. Any decision in such matters also has to appreciate the social realities also while deciding on whether it’s an essential or optional religious practice.”

“The judgment heralds a significant March of the law in Constitutional jurisprudence. The Karnataka High Court has pronounced a very balanced judgment. Whilst it declares wearing of Hijab not to constitute essential religious practice, it leaves the freedom to prescribe uniforms to schools. Educational institutions can therefore prescribe uniforms taking local and cultural sensitivities into consideration. Most importantly the court holds that religious attire has no place in secular activities of the state.”

In Hindu communities South of the Vindhyas there is a practice of tying Mangal sutra at the wedding, in many communities in the North they just exchange Varmalas, this means they are not Hindus is it? This is how a cultural practice is differentiated from an essential religious practice. The court was per force required to examine it, they examined it and came to a conclusion.”

"The entire issue of Hijab was looked at from the wrong perspective. The ideal perspective should have been to question if it was necessary to introduce a bar on wearing Hijab with the uniform. That would have given the court a new perspective.”

“The Karnataka High Court by way of unanimous judgment has answered questions of seminal importance. The Court has held that school regulations prescribing code for all the students as one homogenous class, serve constitutional secularism and such restriction is constitutionally permissible which the students cannot object to.The judgement is well structured and has considered the questions from all angles and has delivered a judgment that has not left any stone unturned.”

“Wearing Hijab is one of the religious  practice prescribed by The Holy Quran and followed by many Muslims. However, it is not an Essential Religious Practice nor a basic tenet of Islam.

State has the authority to impose reasonable restrictions on the practise of non-essential tenets of any religion in public places. Right to wear a particular dress forms a part of Right to Life, Privacy and Culture.

However, the petitioners argued on the lines of it being an Essential Religious Practice . In that light, the Karnataka High Court rightly held it to not be an ERP. I concur with the same.”

“As an individual, I believe that even in public spaces, or perhaps especially in public spaces, people have the right to wear or display their religious symbols, with the caveat that it should not inconvenience or encroach upon the space. In that sense, I strike a distinction between being allowed to wear the hijab in public institutions and performing namaz on the streets or public property. The former is acceptable, the latter is not, both legally and socially.

On the judgement, as a lawyer, I do believe that the Essential Religious Practice test is fundamentally problematic since it requires a secular Court to perform an ecclesiastical function which it is not institutionally designed for or meant to.

In fact, this question is the knub of the issues raised in the Sabarimala Reference. That said, as long as the Essential Religious Practice test stands, other Courts have no other option but to follow the law of the land laid down by the Supreme Court as on date. In the facts of the Karnataka case, the Government’s power to prescribe a uniform for Government-run educational institutions is not in question.

The only limited question is whether over and above the uniform, the Government can impose restrictions on religious symbols? If yes, what is the object and to what extent? If the intent is to secularise the classroom, should an exception be made for essential religious symbols? If yes, has the State performed that exercise before issuing the GO? Or is it left to the Court or worse, the schools to decide in each case as and when someone claims that their symbol is essential to the practice of their faith?

Given that the High Court has taken the view that the State has the power to secularise the classroom, it inevitably falls upon the practitioners of the faith to establish that their symbols are essential and since schools are not in a position to adjudicate on this, it ends up getting escalated to the Court. This could open the flood gates for such litigation in an already clogged system, apart from strengthening the application of the EPR test, which may be problematic in a country such as Bharat where religion does have its own place.”

“Peculiarity of Article 21 and 25 of the Constitution of India, does give Indians writ remedies for violation of fundamental right before a Constitutional Court of Law, but while exercising the same, does it imply that the Courts are at liberty to define and interpret the religious and theological beliefs or practices, is a proposition waiting and warranted to be decided.”

[Views expressed are of the members of the bar only. Lawbeat neither agrees, disagrees or endorse any view]