Challenging the Criminalisation of Cannabis Consumption in India 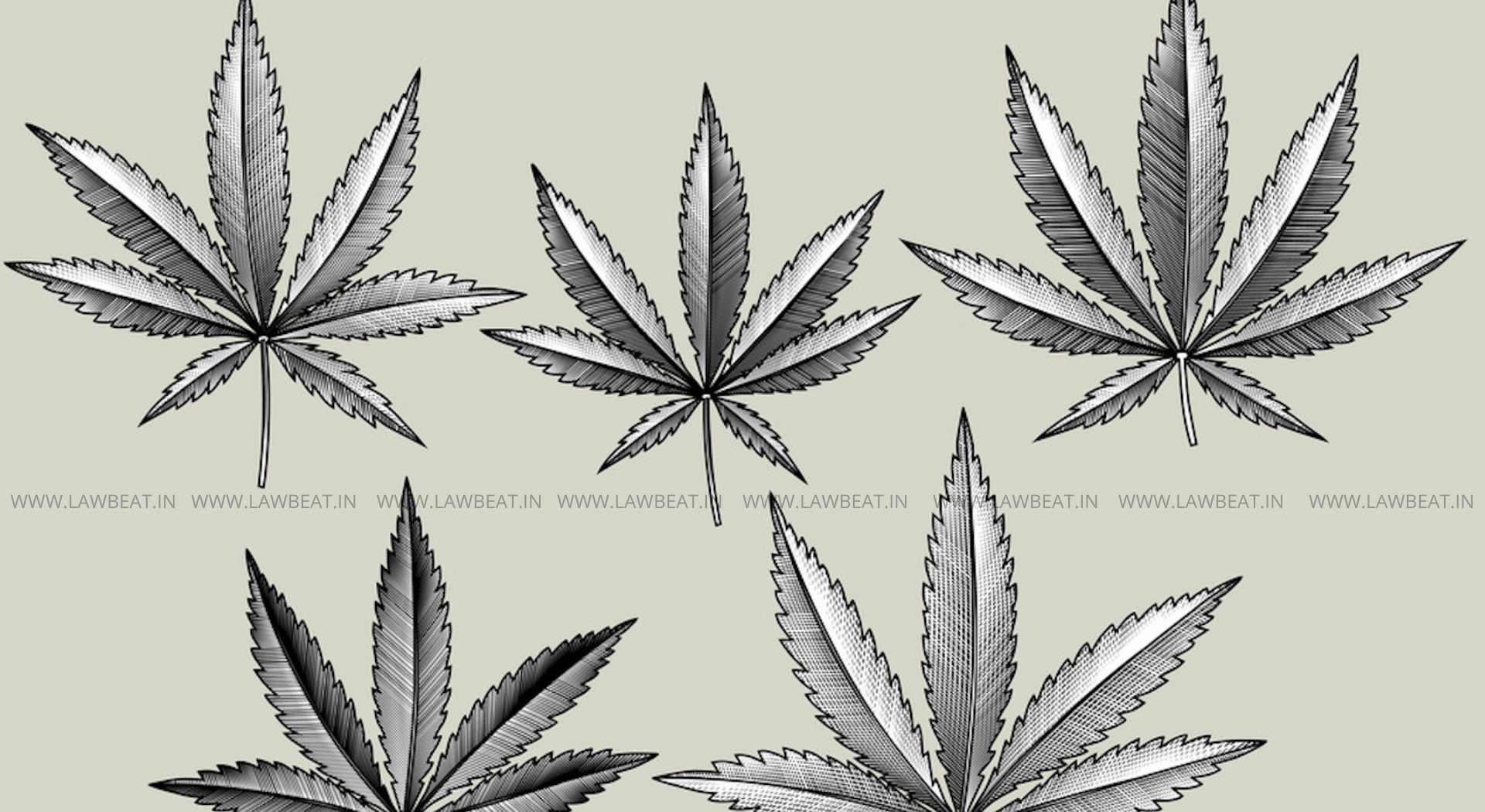 A sober approach to criminal justice and constant attempts at breaking away from a colonial past are hallmarks of a free, democratic, decolonial society. This is also reflected in the way such a society and its state perceive criminality. India has been trying to identify and debate such penal provisions in its legal system which are colonial relics or are results of colonial biases. The debate on cannabis decriminalization should be approached in this context.

The past few decades have witnessed a surge in cannabis decriminalization movements across the globe. This includes countries like the U.S.A. (both at federal and state levels), U.K., New Zealand and several countries in Latin America and Africa as well. There is a widespread recognition of the fact that penalization of cannabis use was an outcome of imposition of Victorian morality and was driven by racial prejudice to a great extent. It then becomes imperative to examine provisions of the NDPS Act prohibiting the use of cannabis with penal sanctions in this backdrop.

Use of cannabis for social, religious and medical purposes has been an integral part of Indian culture since ancient times, such usage being a common feature among many indigenous traditions around the world. The widespread consumption of cannabis as both an intoxicant for recreational purposes and as a medical product has been widely documented. The Indian Hemp Drugs Commission Report of 1894 stands as a testament to this fact. Interestingly, the report,  produced after heavy documentation of evidence and testimonies, recommended against prohibition of cannabis due to its extensive use in several parts of India. The Commission in its conclusion noted that, “Total prohibition of the cultivation of the hemp plant for narcotics, and of the manufacture, sale, or use of the drugs derived from it, is neither necessary nor expedient in consideration of their ascertained effects, of the prevalence of the habit of using them, of the social and religious feeling on the subject, and of the possibility of its driving the consumers to have recourse to other stimulants or narcotics which may be more deleterious.”

While on the one hand the colonial government chose to regulate cannabis consumption and trade for revenue generation, on the other hand it was British rule itself which laid a solid foundation for the natural product’s prohibition by creating and perpetuating a stigma against the use of cannabis. By associating the practice with madness, the British administration began spreading the narrative during its operation of lunatic asylums 1960s onwards. Lunatic asylums established in various cities became the focal points of a problematic discourse on cannabis use which attached it with madness, laziness, incoherence, unprovoked violence, non-reliable character, etc. Those consuming cannabis were turned into drug addicts who should be treated as undesirable elements of the society, and cannabis use was turned into a societal bane which should be treated as a taboo subject in interests of the welfare of the society. James H. Mills in his authoritative book titled Madness, Cannabis and Colonialism: The ‘Native Only’ Lunatic Asylums of British India 1857-1900 has painstakingly recorded how the “information” gathered in asylum registers served as fodder for ‘the concept of the cannabis smoker as a threat to social order in India’.  This later laid the ground for imposing increasing restrictions, and finally culminated in the prohibition of a widely consumed, socio-culturally significant, religiously integral indigenous substance.

Even several years after Independence, the drama of foreign powers ignorantly trying to regulate the use of cannabis continued as the Economic and Social Council of the United Nations adopted a single convention on narcotic drugs in 1961 without any consultation with the concerned states. It was because of this that cannabis was also included amongst one of the prohibited narcotic drugs despite it being naturally grown, scientifically proven to be beneficial and having strong cultural as well as religious application. However, India at this juncture, while ratifying the convention, did exercise its right to reservation and requested for a temporary permit for the use of cannabis and its extracts for non-medical purposes.

In India, before the NDPS Act was enacted in 1985, the Opium Act of 1857, the Opium Act of 1878 and the Dangerous Drugs Act of 1930 provided for statutory control over opium and other narcotic drugs but not on the use of cannabis. It was the NDPS Act which, for the first time, brought a central statutory prohibition with respect to the consumption of cannabis. Though India had made certain reservations against the UN Single Convention with respect to the use of cannabis for non-medicinal purposes and continued to oppose UN’s move to prohibit cannabis consumption, yet the Rajiv Gandhi government succumbed to American pressure and hastily passed the NDPS Act prohibiting and punishing the non-medicinal use of cannabis. While the NDPS Bill was being debated upon in the Rajya Sabha (Council of States), it was recommended by many Hon’ble members that the Bill be referred to a Select Committee comprising of people having adequate expertise on the subject matter; however, the proposal was never adopted and all India got was a half-baked, hastily drafted legislation which now penalises people for consuming a commodity which has been a part of their culture and tradition for centuries.

Renowned jurist Prof. Andrew Ashworth in his book titled Positive Obligations in Criminal Law has noted that only little sense is applied nowadays while introducing a new offence which results in an unprincipled and chaotic construction of criminal laws. This observation by Prof. Ashworth adequately describes the plight of the Indian legislature which has relentlessly been enacting criminal statutes and criminalising conducts, without any due regard to the fundamental principles of criminal law. The purpose of any criminal legislation or criminalisation of an act is to provide for a framework that simultaneously maintains security as well as upholds the rights of individuals and the society at large and penalises behaviours that violate human rights and fundamental freedoms. Cannabis, traditionally being like a kitchen-garden vegetable, poses no threat to the security of the country or of the society; however, the illicit trade in it must definitely be monitored and penalised. Criminalising the consumption of a commodity like cannabis is an assault on the fundamental freedom of an individual and severely violates the fundamental tenets of criminal law.

Another important facet of criminal justice is the principle of proportionality which underlies that the use of the criminal justice system is a measure of last resort and must be based upon necessity. The assertion by philosopher Joel Feinberg aptly outlines the principle of proportionality, where he argues that individual autonomy must not be restricted unless the restriction is justified and reasonably necessary to prevent people from causing unreasonable harm to others. Under the NDPS Act, any act in contravention to its provisions prohibiting usage or trade in cannabis plant and products can be penalised with rigorous imprisonment of upto 10 years and a fine of upto 1 lakh rupees. The consumption of the same can land one up with a punishment of  rigorous imprisonment of upto 1 year and a fine of upto 20 thousand rupees. The punishment is not just stringent but also disproportionate as it obstructs individual autonomy by penalising an individual for a conduct which poses no unreasonable or vicious harm to others. The provisions of NDPS Act penalising the consumption of cannabis, by all reasons of logic and equity, fails the test of necessity, thereby rendering it illegitimate and vexatious.

For all the talks about the urgent need for decolonising ourselves prevalent in both academic and political circles, it would be great if perhaps our legislators could take the lead by decolonising their minds first and then cleansing our legal system of totally unreasonable laws such as those criminalising cannabis consumption. India, being an indigenous society having timeless association with the use of cannabis, has ghastly retained a draconian law which criminalises a culturally ingrained practice. This is not just in contravention of the principles of individual autonomy and freedom but also violates several cardinal principles of criminal law. Independence is not about just separating from the colony as even after the separation, the cultural, economic, and political implications the colony had on us subsists and it is time that we truly liberate ourselves from the fetters of colonialism by wrecking down such tyrannical laws. Alas, to be allowed to consume this natural product in peace is the least one can ask for as a democracy.