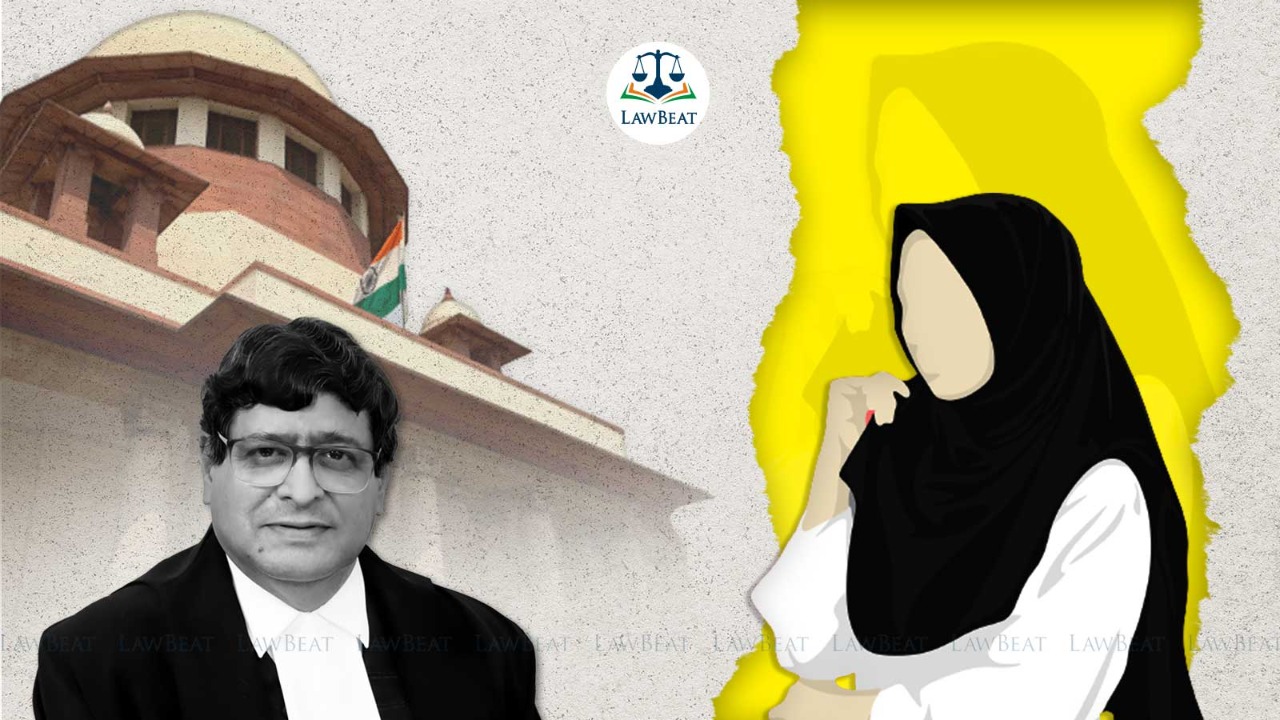 The feisty Hijab case came to an inconclusive denouement with a split verdict. Justice Hemant Gupta delivered his opinion supporting the verdict of the Full Bench of the Karnataka High Court and Justice Sudanshu Dhulia dissented and quashed the notification.

The facts necessitating in the culmination of the present case is that few girl students studying in a few government run schools and pre-university were adamant that they want to wear a hijab over and above the prescribed uniform. In response to the same, Hindu students also wore saffron shawls. To avoid any further controversy, the Government of Karnataka came out with a notification vide GO no. EP14 SHH 2022 dated 05.02.2022 whereby strict compliance with the uniform prescribed by the College Development Committee, or the board of management ought to be followed with no deviation. This, in effect, gave quietus to the controversy raging around the hijab and saffron shawls.

Challenging the same, a few Muslim girl students approached the Karnataka High Court by way of a Writ Petition. After hearing all the parties at length, the High Court upheld the validity of the notification issued by the State. Aggrieved parties approached the Supreme Court which ultimately resulted in the split verdict.

To begin with, Justice Dhulia’s final part of the Judgment in para 84 (c) specifically states that there shall be no restriction on the wearing of hijab anywhere in the schools and colleges while in (b) he quashes the notification. In addition to the repetition qualifying as a meaningless tautology, Justice Dhulia has refrained from making any observation also permitting wearing of saffron shawls. It is quite possible that any authority in the future may make use of this lacuna to restrict wearing of saffron shawls by Hindus while freely permitting Muslim women to wear hijab. Justice Dhulia’s myopic view would go on to show that the said GO had banned only hijab while the fact remains that the GO was overarching in its message to ban any apparel that does not qualify within the uniform prescribed by the school/college.

In para 39 of the Judgement, Justice Dhulia brings in the example of Bijoe Emanuel case to justify his Judgement/dissent. However, Justice Dhulia, who distinguishes Shirur Mutt case from the instant case by employing fine arguments failed to apply a similar standard while testing the applicability of Bijoe Emmanuel case. In the said case, the circular mandating to stand up and sing the national anthem was applicable to all schools and not just to government/secular schools. Hence, the said notification was quashed as the Apex Court found that it interfered with the free functioning of minority-based institutions. However, in the instant case, the GO is applicable only to government/secular schools and other private/minority institutions are free to function according to their choice.

Justice Dhulia also criticizes the High Court, in para (s) 50 – 53, that although school is a ‘qualified public place’, the enforcement of discipline cannot be at the cost of one’s freedom and dignity and asking students to remove their hijab amounts to an invasion of their privacy in addition to their freedom and dignity. There is an inherent contradiction within this assertion of Justice Dhulia. If the education institution is a “qualified public place”, then reasonable restrictions can be permitted. Particularly, prescribing uniform would be permissible since it is falls within the realm of “reasonableness”. However, Justice Dhulia plainly says that hijab as an accessory/addition to the uniform is still permissible despite the educational institution being a ‘qualified public place’ without assigning any reason as to how. If the argument is that the educational institutions a ‘public place’ then it flies in the face of a generally understood definition of public place as in such a place people of all ages and races will be equally permitted access to the place without any restriction, which is not the case with education institutions.

The other major arguments that was accepted by Justice Dhulia is that Fundamental Rights under Article 25 of the Constitution and that any belief/practice that is sincere and does not cause harm to anyone and is not in conflict with public order, morality, and any other provision of this part (Part III) can be permitted. He further states that everybody has a right to assert their religious identity so long as it falls within the scope just described and towards that end, the State must reasonably accommodate them. To cheer at this interpretation would also invite the consequences unimaginable. The theory of consequentialism while interpreting laws is that the Courts ought not to give an interpretation to a law that would produces consequences not intended by the Legislature.

Hence, if the said argument in the foregoing paragraph is accepted, then any Hindu boy can object to wearing of black shirts/pants since in some Hindu communities, black colour is associated with inauspiciousness. Similarly, Hindu boys can insist on wearing a saffron tie as saffron is considered auspicious. All the boxes check in such a scenario. The wearing of saffron/not wearing of black is a sincere belief harming nobody and hence they have the right to assert the same which the State would have to reasonably accommodate. It can even be stretched to permit some students not to wear shoes. Students can also be permitted to perform religious oblations during lunch time or before classes commence without disturbing the class. This is a consequence that would benefit nobody. In fact, the said GO makes it clear that the intention of the State is to promote a uniform that harmonizes and standardizes education for all on an equal basis.

Certain rules that may appear to promote exclusion or exclusionary are necessary to promote inclusivity, more so in an educational institution. Every individual has his or her own set of beliefs and religious practices, allowing them to be practice it freely even in secular spaces such as schools/colleges would vitiate the broader purpose of educational system itself. Reasonable restriction can be permitted in such places and the school authorities prescribing uniform is, indeed, a reasonable restriction to promote inclusivity.

In sum and substance Justice Dhulia’s opinion might appear seemingly liberal but however only juxtaposes a paradoxical view loathed with legal infirmities.