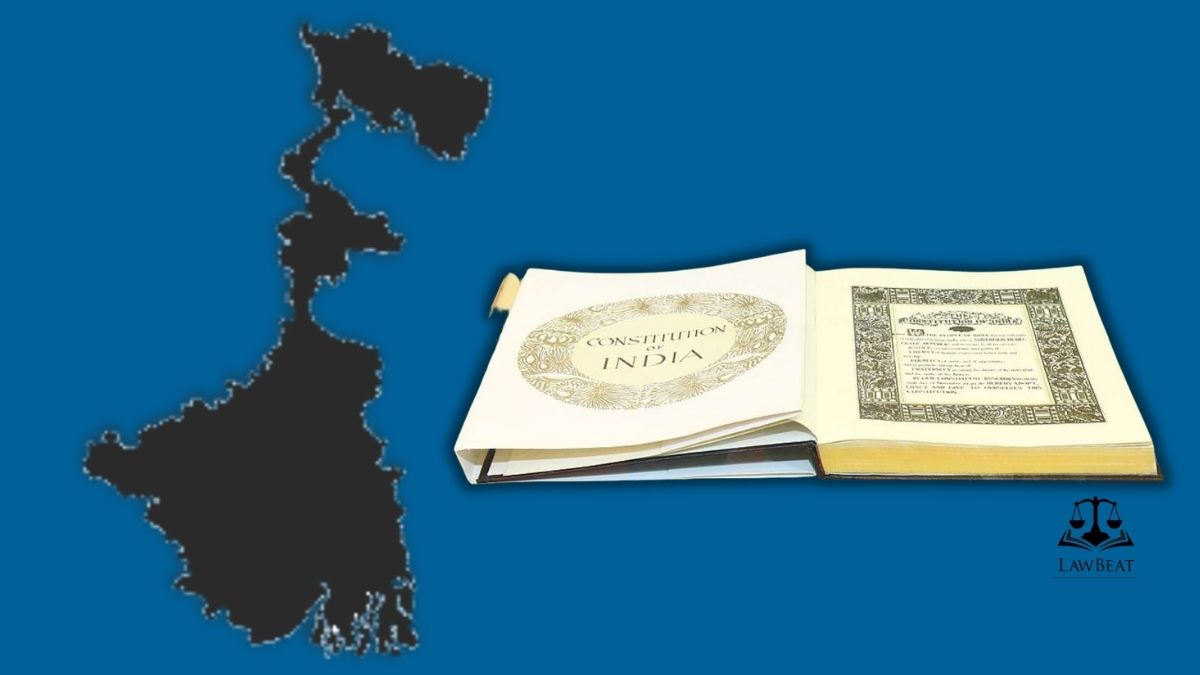 Killing Fields of Kannur has given way to the Murderpolitik of Bengal. Supreme Court, the High Court of Calcutta, and the National Human Rights Commission have been flooded with instances of shameful atrocities committed on people, while the state machinery cheers its recent political victory.

Under the Constitution eventually, the buck stops at the Central Government.

By virtue of Article 355 it is the responsibility of the Union to protect “state” from “internal disturbance” and to ensure that “government of every state is carried on in accordance with the provisions of this Constitution”.

The above constitutional duty is then followed by Article 356. Article 356(1)(a), amongst other things, allows the President to assume all or “any” of the powers and functions of the government of the state. Exercise of this power is contingent on the President being “satisfied that a situation has arisen in which the government of the State cannot be carried on in accordance with the provisions of this Constitution”.

In law, usually ‘power is coupled with duty’. In other words, if the law confers a particular power onto an authority, such power has corresponding duties on the authorities. At least in the present context, where Article 355 is a constitutional precursor to Article 356, one such duty is to exercise power under Article 356, in case the situation demands so.

Article 355 makes Article 356(1)(a) a constitutional imperative[1] rather than a discretionary power. Therefore, it must be exercised where the situation arises – it is the constitutional duty of the Union Government to do so.

At this point, it is important to note that it is not necessary for the President to impose a complete President’s Rule. As pointed out earlier, even a partial President’s Rule could be imposed. In fact, law demands a nuanced exercise of any power. Only such functions and powers, which are necessary to be taken over to bring the state machinery back to the path of the Constitution, ought to be proclaimed.

Section 93 of the Government of India Act, 1935, which preceded Article 356, also gave the erstwhile Governors of the provinces such powers. The reason for such a clause was recorded in the Joint Committee on Indian Constitutional Reform (1933-34, Vol. I, para 109), by stating that “the intention is to provide also for the possibility of a partial breakdown and to enable the Governor to take over part only of the machinery of the government, leaving the remainder to function according to the ordinary law.”

The power to impose partial President’s Rule was also noticed in the landmark judgment of S.R. Bommai v. Union of India cited as (1994) 3 SCC 1, wherein the Supreme Court noted that
“…Legally, …it is also permissible for the President to assume only some of the functions of the political executive or of anybody or authority of the State other than the Legislature while neither suspending nor removing them. The fact that some of these exercises have not been resorted to in practice so far, does not militate against the legal position which emerges from the clear language of Article 356(1). In this connection, we may refer to what Dr Ambedkar had to say on the subject in the Constituent Assembly. The relevant extract from his speech is reproduced in paragraph 106 above. Hence it is possible for the President to use only some of the requisite powers vested in him under Article 356(1) to meet the situation in question. He does not have to use all the powers to meet all the situations whatever the kind and degree of the failure of the constitutional machinery in the State.”

The Sarkaria Commission Report on centre-state relationship also recorded this aspect in para 1.3.25 of the report.[2]

The steps taken by the President under Article 356(1) could be preventive or curative of the breakdown of constitutional machinery in the state.[3]

Systematic violence on residents is a human rights violation. Besides that, it is important to remember that democracy is a part of our basic structure. Representative democracy is what we have chosen for our democratic governance. Political parties and their workers are at the heart of this democratic polity.  Systematic attacks on workers and supporters of a particular political party are against the very concept of democracy.

The continued apathy of the state machinery to bring these vicious perpetrators to justice also shows the breakdown of the constitutional machinery in the state. Such state protected, if not sponsored, violence is much beyond the legal definitions and contours of ‘law and order’ and ‘public order’.[4]

If such a proclamation is issued, the proclamation must record all data and grounds showing the magnitude and gravity of the violence. The proclamation ought to record instances of inaction of state machinery which has led the Union Government to believe that the government of the state is not being “carried on in accordance with the provisions of this Constitution”.

Furthermore, the proclamation ought to consider the report received from the Governor of the state on the situation. Under the Constitution, it is foremost the duty of the Governor to keep a watch on “how the administrative machinery and each organ of the constitutional government is working in the state”.[5]

Though judicial review of such a proclamation is limited and the test of subjective satisfaction laid down by the Supreme Court in the Barium Chemicals Case[6] would apply, a proclamation, if issued, would be assessed on whether there was material on record compelling such a decision, or whether the decision was tainted by extraneous reasons.[7]

Finally, the Union Government must remember that a proclamation of this nature is a measure of last resort. Constitutionalism would demand substantial and in-spirit adherence to the recommendations made in Section 8 of the Sarkaria Commission on Centre-State Relations.[8]

If the magnitude of the reportage on the atrocities committed on supporters of a certain political party in the State of West Bengal are true, it is the constitutional duty of the Central Government to proclaim a partial President’s Rule in the state.

Firstly, the President’s Rule could proclaim and take over the Ministry of Home and Hill Affairs of the State Government of West Bengal, in order to take over policing in the state.

Secondly, along with the above, the President’s Rule must also proclaim and takeover the Department of Personnel and Administrative Reforms & e-Governance, with the aim to conduct departmental inquiries against all government officers and staff- police-personnel or otherwise- who are found guilty of dereliction of duty in this regard, directly or indirectly.

Hopefully, with a strong signal from the Union Government, the state bureaucracy will remember its constitutional duties, even if the government of the day chooses to look the other way.

[Author is an Advocate practicing at the Supreme Court of India]