Cricket and Sedition: Two peas in a pod? 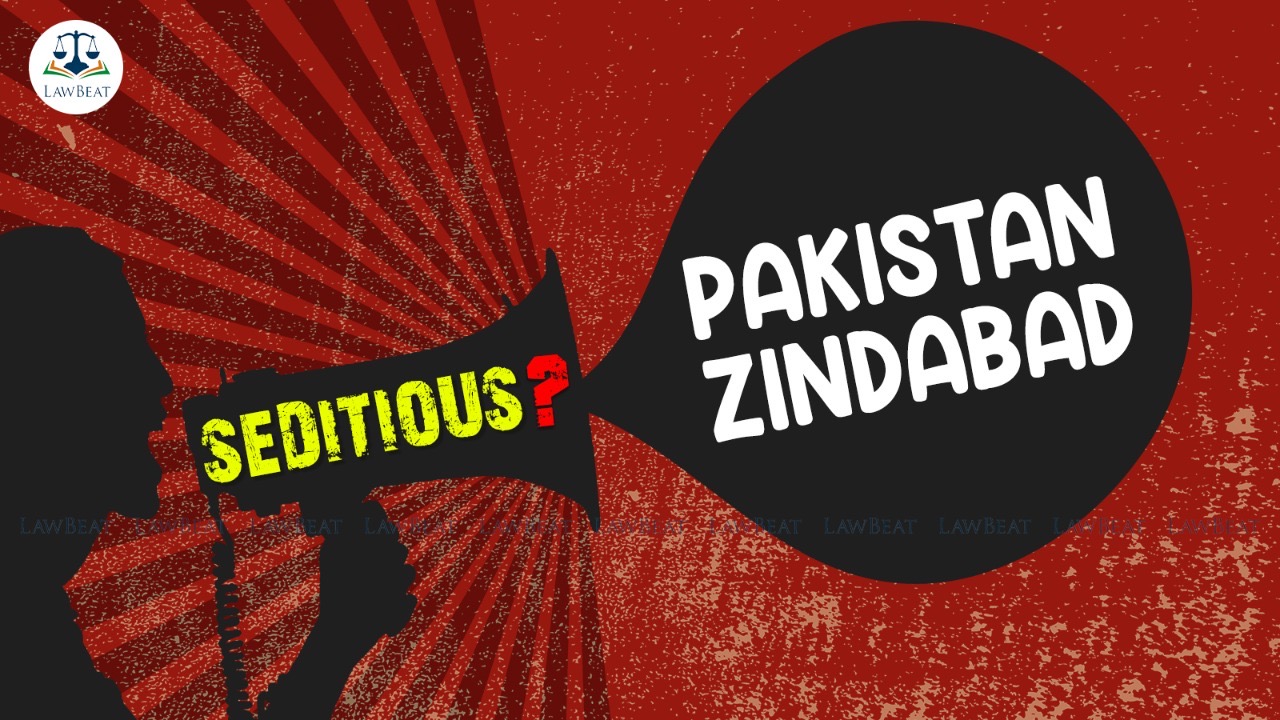 A slogan in favour of an “enemy state” may rile up emotions, seem distasteful and evoke anger, but can it attract charges of Sedition?

A recent world cup match between India and Pakistan became a nightmare for some, the match held on October 24, made headlines, one was that obviously, India lost the match. Some people were seen celebrating Pakistan’s victory in different parts of India. Headlines were now devoid of India’s loss and instead focussed on the celebratory salutations raised for Pakistan.

A cursory perusal suggests that the following sections have been imposed on those who celebrated Pakistan’s victory in India:

153A (Promoting enmity between different groups),

507 (Criminal intimidation by an anonymous communication) of IPC,

66F (Cyber Terrorism) of the IT Act, and

The question is, whether a person celebrating Pakistan’s victory during a world cup match can invite criminal charges and that too under Sedition.

In addition to this, in the year 1951, Article 19(1)(a) was penned down putting up ‘reasonable restrictions’ in the fundamental right to free speech through an amendment. Later, in the year 1974, Section 124A was made a cognizable offense allowing police to arrest a person without a warrant.

The Supreme Court of India, on various occasions has raised the issue of whether a colonial law introduced by the British Government to suppress freedom is needed after 75 years of Independence.

Sticking to the point of whether Sloganeering for a state, often viewed as an “enemy state”, can amount to sedition:

The Supreme Court in the case of Balwant Singh Vs. State of Punjab in 1995 said that “Raising of some lonesome slogans, a couple of times by two individuals, without anything more, did not constitute any threat to the Government of India as by law established not could the same give rise to feelings of enmity or hatred among different communities or religious or other groups.”

Whereas, in the case of Kedar Nath Singh Vs. State of Bihar in 1962 the apex court noted, “It is only when the words, written or spoken, etc. which have the pernicious tendency or intention of creating public disorder or disturbance of law and order, that the law steps in to prevent such activities in the interest of public order.”

The Supreme Court held that raising slogans like ‘Khalistan Zindabad’ is not seditious. However, the Supreme Court in the case of Kedar Nath also upheld the law stating that the State requires this “power to protect itself”.

This is not the first time when cases for sedition are registered against people chanting pro-Pakistani slogans. The concept of sedition (Section 124A) if we go through the code, says, “Whoever, by words, either spoken or written, or by signs, or by visible representation, or otherwise, brings or attempts to bring into hatred or contempt, or excites or attempts to excite disaffection towards, 102 [***] the Government estab­lished by law in 103 [India], [***] shall be punished with 104 [im­prisonment for life], to which fine may be added, or with impris­onment which may extend to three years, to which fine may be added, or with fine.”

In addition to which it further through explanations clarifies as to what may fall under the umbrella of Sedition:

Explanation 1.—The expression “disaffection” includes disloyalty and all feelings of enmity.

Explanation 2.—Comments expressing disapprobation of the meas­ures of the Government with a view to obtain their alteration by lawful means, without exciting or attempting to excite hatred, contempt or disaffection, do not constitute an offence under this section.

Explanation 3.—Comments expressing disapprobation of the admin­istrative or other action of the Government without exciting or attempting to excite hatred, contempt or disaffection, do not constitute an offence under this section.

It is important to note that the Supreme Court has also reiterated on several occasions that sedition is instituted by words - written or spoken, which “have the effect of bringing contempt or dissatisfaction or the idea of subverting government by violent means.” Whereas, in this case, people were celebrating the victory of a Country.

I would like to reiterate an example given by Justice (Retd.) Deepak Gupta that for example assume in England after a match between England and India, Indian’s living in England for several years starts celebrating India’s victory, can or will they also be charged for Sedition. Many may argue that “disaffection” becomes forthright when pro-pakistan slogans are chanted. After all, we have been at war with them several times. Keeping that aside, we need to be looking at this from a purely legal lens.

In addition to this, it becomes pertinent to mention here that the right to freedom of expression has its own limitations. In case the act incites violence, the State must use its power to initiate proceedings against such people.

A working paper released by the 21st Law Commission said that the charges under Sedition can, “be invoked in cases where there is a real threat or actual use of violent means to overthrow the democratically elected government."

In addition to this, the Law Commission has rightly also said that “an expression of frustration over the state of affairs cannot be treated as sedition.”

Undoubtedly, it necessary to protect the integrity of the nation but the section should not be misused as a tool to restrict free speech. The directions of the Supreme Court may be followed and implemented for achieving an approach towards Sedition.