The dead file no petitions 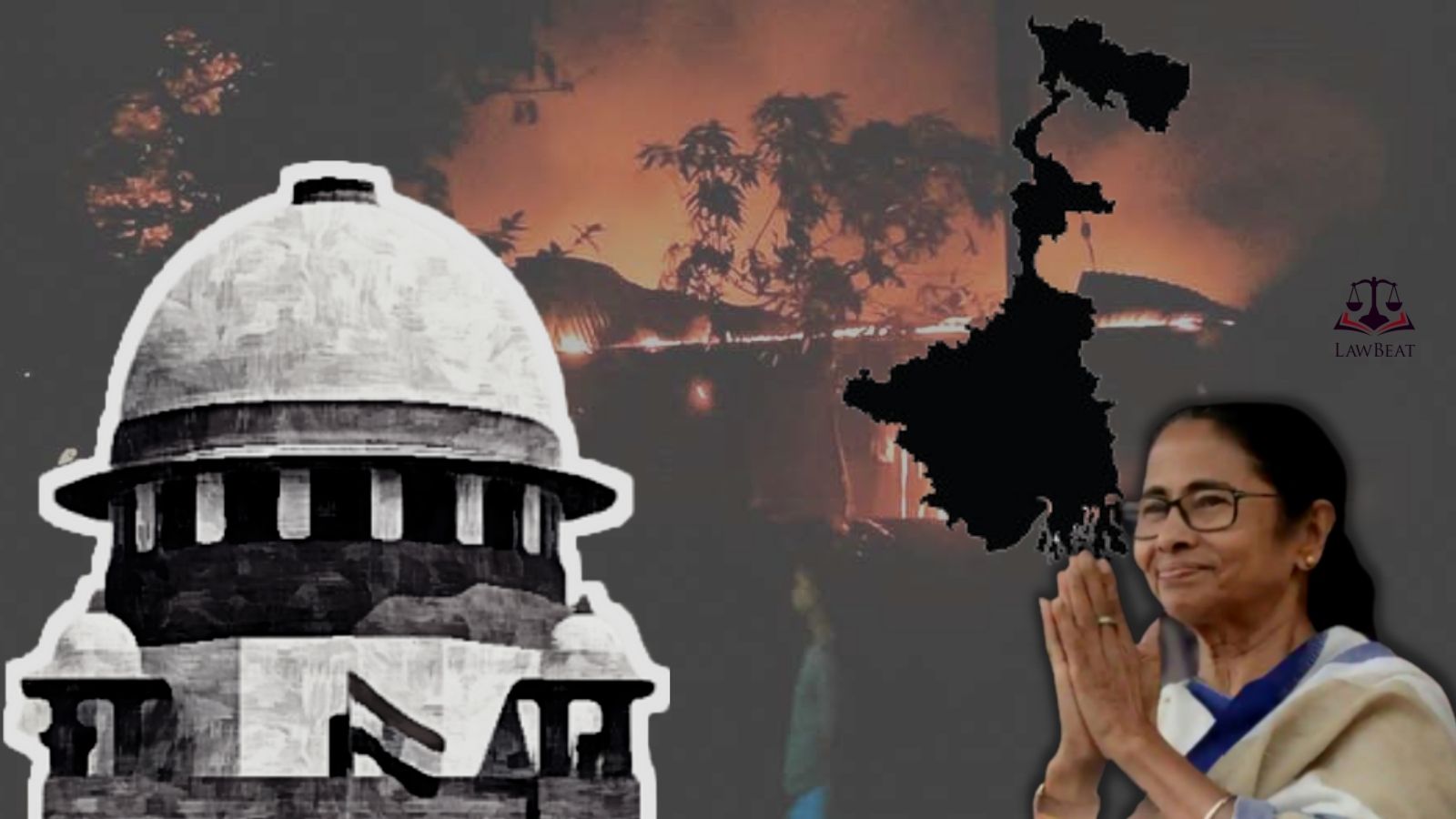 On May 2, 2021, while the counting in Bengal Elections was still underway, news reports started emerging from West Bengal regarding political violence in the State. The leaders and cadres of Mamata Banerjee led Trinamool Congress were in no mood to spare the BJP workers after winning the viciously fought elections. While the elections in Bengal have always been a bloody affair, what we witnessed in the aftermath of the counting was unprecedented and unheard for a democracy in twenty-first century. There were reports of BJP workers and sympathisers being beaten to death, publicly tied and beaten, their houses being attacked and many, were hanged. There were also reports of BJP women workers being abducted, gang-raped and then their houses being burnt down. Even minor girls were not spared, as the petition filed in Supreme Court now seems to indicate. From the old rustic alleys of Kolkata to the dark jungles of Sundarbans, the ruling party’s cadres, aided and supported by the state machinery, wreaked havoc everywhere. The BJP workers, who managed to escape, took shelter in the neighboring State of Assam.

The first acknowledgement of the violence by the state government came from the Chief Minister herself who declared ‘magnanimously’ that she will grant Rs. 2 Lakhs to all the victims of political violence. This contrasted with the complete denial and even mockery adopted by TMC leaders and its sympathizers to display their unawareness of the violence. However, despite the announcement, the list of victims continued to grow, and BJP cadres continued to be attacked, beaten, and killed. That this was state sponsored violence became evident when Chief Secretary and Director General of Police of West Bengal government refused to submit their reports to the Hon’ble Governor on the political violence despite his repeated directions. This was not merely a dereliction of duty, but a blatant protection given to the TMC cadres who continued the violence on the ground. The level of protection and aid given by police to TMC cadres is evident from the fact that they declared the rape of a 17-year-old girl as fabricated news which is now before Supreme Court. Imagine the scale of lawlessness when a minor had to approach the Supreme Court to get justice against her rapists.

However, my complaint is not with the executive or the political class. They had abdicated their responsibility a long time ago and there is no hope from them.

My grievance is with the Hon’ble Lordships who failed to see (and continue to fail to see) the absolute lawlessness that prevailed (and continues to prevail) in West Bengal. For a court that fumes over blackout of information, it appears that it has suffered from one. The Hon’ble Lordships who wield the power of suo-moto cognizance like a magic wand, failed to take note of the decapitated bodies of BJP workers in Bengal. Their Lordships had the privilege and time to make unwarranted off-the-cuff sarcastic remarks against another state government based on news reports, but did not have the courage to take action against reports of death, rape, arson and large scale state-aided violence. The Hon’ble Lordships kept the court open after working hours to hear the bail plea of a black-marketing accused but did not find the urgency to list the petition on the Bengal violence for weeks. My grievance is with their Lordships who prefer media praise over justice dispensation and choose cases based on the cameras it is likely to attract. My grievance is with a judiciary that lists and allows the bail application of a politician urgently and grants him interim relief in a matter of days while the kin of the dead in Bengal wait for weeks to get a hearing. My grievance is with the judiciary that is perpetuating a tyranny of the unelected through its selectivity, and activism of privilege and convenience. Only if the Hon’ble Lordships believed that the law is not a respecter of social, economic or political status and every litigant who seeks access to justice has to be treated evenly.

I fail to see any logical reasoning that led to the apex court registry keeping the petitions related to Bengal violence pending for days. With all due respect to the brilliant minds running the show, I fail to think of any justifiable cause. I will not go ahead and impute ideological compulsions to them as it is unlikely, unfair, and uncalled for. Yet, an explanation would have helped us see through the otherwise irrational and arbitrary conduct and policy if it exists at all. The policy behind this uneven treatment is unseeable and honestly, inexplicable. I also fail to find a single reason as to why the Hon’ble Courts, with their unsatiable desire to decide everything in the country, would maintain a stoic silence on the violence and not exercise the magic wand of suo moto cognizance. The large-scale judicial activism and overreach that we have otherwise seen in last few years was missing in this case. I will not speculate as to whether it was due to ideological reasons, or political affiliation of the victims or merely due to the impending vacations.

These victims are not only victims of state led violence but also of judicial apathy. While the Hon’ble Calcutta High Court continues to seek reports and the State government obstructs its path by stating that it has no instructions, the Hon’ble Supreme Court continues to deal with these matters as regular. There is no urgency to hear the case or even a hint of a reprimand to the state. It would have been acceptable if all the other matters would have been heard as regular. However, in view of the mysteriously unseen and unheard policy of the apex court to list and hear matters based at its choice, the indifference shown by the Hon’ble Court has been disheartening. The inconsistency in the procedures of listing and hearing have become akin to a grand feat of legerdemain.

There is no point in writing judgments about conscience of the constitution when they are written for academic purposes. The hyperbolic verbiage that characterizes these judgments is rarely meant for the litigants and is more for the law students and legal scholars. The hearings, as evidenced by the increase in the avoidable and unwarranted off-the-cuff remarks, have become more dramatic considering that the Hon’ble Lordships know that their words are being reported verbatim on social media. However, when a rioter attacks the house of a BJP worker in Bengal, it is unlikely that these garrulous judgments or the aggrandized notions of constitutional morality would come to rescue. Most of the victims of political violence in Bengal are in rural areas and have no understanding of the rights and liberties that we swear upon. They do not have the privilege of access to our lordships as the elites in Delhi do. Their only concern is to survive and escape the violent mobs that are targeting them. They wanted their Lordships to just save their lives, families, and property. The do not care if their Lordships quoted poetry or Justice Cardozo in Victorian English as long as the violence unleashed against them was stopped. However, the apex court did not come to the rescue and even now, the hearings are being held as if the deaths and rapes can be undone later. I should not and will not comment on whether their Lordship’s ink was costlier than the blood that flowed in Bengal.

When a former CJI talked about having a human face to justice, I am certain he did not mean it to be photogenic or media-savvy. He could have meant that the justice should be humane and must safeguard the basic human rights of everyone who approached the courts. Sadly, our judiciary has failed to have a uniform, consistent and even approach to justice dispensation. The disillusionment with judiciary is growing and unless, justice and judiciary are brought to the masses, it will continue to grow. It is a cause of concern when a perception develops that the judiciary is unapproachable to masses or that the treatment you will receive from the judiciary will be determined by your ideology, political leanings, and the number of senior counsels you can parade in the court. The clerisy that lives as a closed membership with undeniable privileges to judiciary must cease to exist. It is also a cause of concern when the Hon’ble Lordships are bulldozed into submission by this clerisy through convenient and damaging out of court utterances. The Hon’ble Lordships would also do well to reflect as to if their personalities have overshadowed the notion of justice itself.

The Bengal violence case, on the lines of the Covid-19 case, was an opportunity for the apex court to take the justice to the masses. Justice Bhagwati had stated that judiciary will have to invent ways to take justice to masses who have no idea about freedom and liberty. This was apex court’s chance to take the justice to masses. Yet, for reasons best known to their Lordships, rapes and deaths in Bengal are less important than the injuries to a local politician from Andhra Pradesh.  It is in fact laughable to even mention the phrase justice delayed is justice denied here. If that was the criteria, the justice has already been denied to the victims of Bengal violence. The Courts have failed miserably in protecting the victims of state aided political violence and the damage to the faith of people in judiciary will be irreparable.

However, as their Lordships are on a well-deserved vacation, there is no point in me speaking out of turn. We can only hope that by the time the apex court attend to the matter, the list of victims of political violence in Bengal would not have gone beyond the number of pages in their Lordships’ historical Aadhar judgment.

The dead file no petitions. The dead will not read your eloquent judgments either.

(Abhishek is an independent lawyer practicing in Lucknow and Mumbai.)