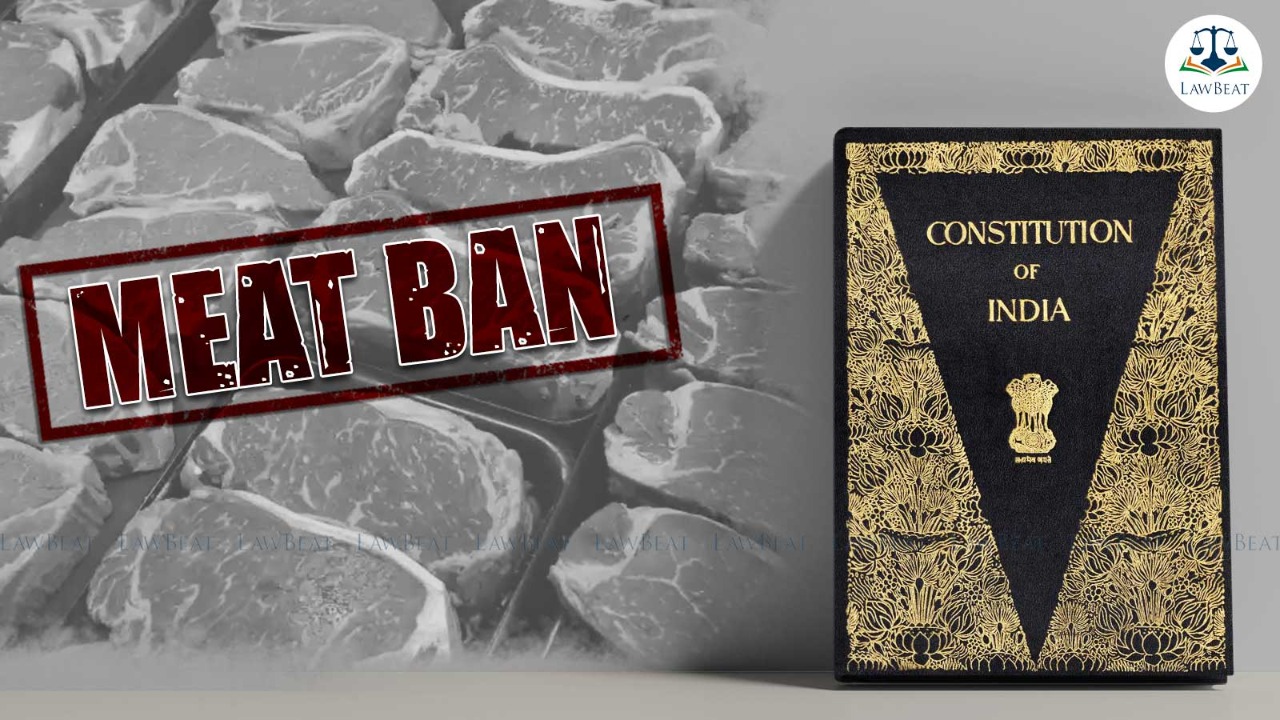 The right to trade and business, the right to eat food of one’s choice, and the right to be left alone are rights guaranteed and protected by the Indian Constitution. But the Commissioner of South Delhi Municipal Corporation, by way of a skewed diktat, is seeking to intrude upon these rights on frivolous and constitutionally untenable grounds.

According to the Commissioner, Goddess Durga devotees – who observe fast for nine days during the ongoing Navratri festival – live on “a strict vegetarian diet” and that “the sight of meat being sold in open or near temples makes them uncomfortable”. “Their religious belief and sentiments are also affected when they come across meat shops or when they have to bear with the foul smell of the meat on their way to offer daily prayers to the Goddess,” the Commissioner continued.

According to the Commissioner, such events can be restricted if the meat shops are closed during the period of Navratri festival, that is, until April 11.

If this at all goes to the Delhi High Court, which in all likelihood it will, at least two aspects of this ban would be thrown at the court to grapple with. The first is that the ban is of a temporary nature and will last for only few days. And the second is the idea of religious tolerance.

There is, constitutionally speaking, no such thing as a temporary suspension of a fundamental right in this context. A right guaranteed under the Constitution has to be protected and enforced. Period. On the issue of religious tolerance, the less said the better. Enforced vegetarianism is anything but tolerance.

The diktat seeks to enforce vegetarianism upon the residents of New Delhi (including non-practicing Hindus) because those observing fast during the Navratri festival do not eat meat for religious reasons. This is as wrong as forcing non-Muslims to eat only Halal meat, or non-Jews to eat only Kosher food.

It may not be out of place to mention that the Supreme Court has, in multiple occasions, held such bans to be constitutionally permissible restrictions on Part III rights for being ‘temporary’ in nature. In one such case, decided more than a decade ago, a two-judge bench of the Supreme Court “saw nothing unreasonable” in such kinds of restrictions and believed that meat sellers and butchers “will not suffer much” if the ban is allowed.

The bench concluded the cryptic, poorly reasoned order stating that the great Emperor Akbar used to remain a vegetarian for few days every week out of respect for the vegetarian Indian society and that we too should have similar respect for the sentiment of others.

A discussion could be had on whether a ban on meat should exist for secular and non-sentimental reasons. But banning meat to appease to Hindus observing a fast would mean that the fundamental rights of non-practicing Hindus, or those belonging to other religions, or atheists, are put at a lower pedestal.

If we look at the ban from a purely right to trade viewpoint, a restriction upon such a right can only be said to be a valid restriction if it is (a) reasonable; and (b) in public interest. While courts have in the past rushed to extend public interest protection to cattle slaughter ban while invoking the directive principles of state policy, I am not sure how a sweeping ban of this kind serves ‘public interest’.

Admittedly, it only serves the interests of certain practicing Hindus who choose to abstain from meat during the Navratri festival.

Furthermore, reasonableness under Article 19(6) would require a proportionality analysis, that is, no other equally efficacious solution exists in practice, other than a complete ban on sell of meat. It is a different story altogether that weak judicial review of the kind that we have seen in the past would mean that the ban easily passes the proportionality analysis.

I must add that some would argue that those who wish to eat meat have the option to procure meat (online or otherwise) from outside the municipal limits or even from neighbouring states where there is no ban. This argument is so flawed that it does not merit a response but suffice to say that shutting down local meat shops would mean forcefully turning a local resident into a vegetarian for all practical purposes. This infringes upon the right to possess and eat food of one’s choice, which is protected under Article 21 of the Constitution.

The Commissioner must be reminded that Part III rights are not activated or deactivated on the basis of the sentiments held by a religious majority. In a country that cherishes the idea of equality and secularism, religious sentiments of this kind should have no place. It is wrong to see New Delhi as a vegetarian-only, Hindu city and the Commissioner must stop policing our plates.

[Ashish Goel is an Advocate practicing in the Supreme Court of India. Views expressed by author are strictly personal, Lawbeat neither endorses, agrees or disagrees with them]