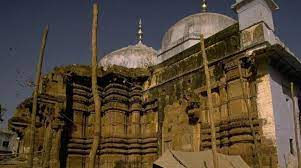 On April 8, 2021 the Court Civil Judge (Senior Division), Varanasi passed an order directing the Archaeological Survey of India (ASI) to conduct a survey of the Gyanvapi Masjid Compound in order to inter alia ascertain whether any temple belonging to the Hindu community ever existed before the mosque in question was built upon the disputed site. Once again, the Courts in the country have picked up a battle and decided to embark upon a torturous voyage, which not only is unnecessary in order to decide a title dispute, but is also going to put our secular ethos to test.

The suit in which this order has been passed, was filed in the year 1991, alleging that there was a famous ancient temple of Swaymabhu Lord Visheshwar at the disputed site, and on April 16,1669, Mughal Emperor Aurangzeb issued a farman to demolish the said temple. Accordingly, the said temple was destroyed and a mosque was built in its place, which is popularly known as the Gyanvapi mosque. The suit was filed on behalf of the swayambhu deity and a declaration was sought that the disputed area belonged to the swayambhu deity and his devotees. For the uninitiated, a swayambhu deity is a self-revealed image[1], which is a product of nature and the worshippers simply discover its existence and such images do not require consecration. Since the plaintiffs are claiming that the erstwhile temple at the disputed place contained a shiv linga which is amongst the 12  Jyotirlingas  of the Hindu religion, the said shiv linga being a self-manifested form of Lord Shiva is a swayambhu deity.

Apart from the said suit being filed in the year 1991, another important development that took place in the said year was the enactment of the Places of Worship (Special Provisions) Act, 1991. The intent of the said Act was to preserve the religious character of a place of worship as its existed on August 15,1947. Section 4 of the Act categorically provided that the religious character of the place of worship as it existed on August 15,1947 shall continue to be the same. The Act further stipulated that any proceeding pending with respect to conversion of religious character of any place of worship on the date of commencement of the Act, shall stand abated. It was also clarified that no fresh suit, appeal or any other proceeding shall lie with respect to any such matter after the commencement of the Act. The only exception carved out in the Act was in relation to the Ram Janma Bhumi – Babri Masjid dispute, which was allowed to proceed despite the provisions of the Act.

The Supreme Court categorically noted that the Places of Worship (Special Provisions) Act, 1991 was enacted to fulfil two purposes. First, it prohibits the conversion of any place of worship. In doing so, it speaks to the future by mandating that the character of a place of public worship shall not be altered. Second, it seeks to impose a positive obligation to maintain the religious character of every place of worship as it existed on August 15, 1947 when India achieved independence from colonial rule.[2]

The Supreme Court[3] further observed that the Act imposed a non-derogable obligation towards enforcing our commitment to secularism under the Indian Constitution. The Act was in fact a legislative instrument designed to protect the secular features of the Indian polity, which is one of the basic features of the Constitution. Non-retrogression is a foundational feature of the fundamental constitutional principles of which secularism is a core component. The Act was thus termed to be a legislative intervention which preserved non-retrogression as an essential feature of our secular values.

The Supreme Court also recognised that the Act was intrinsically related to the obligations of a secular State. It reflected the commitment of India to the equality of all religions. Above all, the Act was an affirmation of the solemn duty which was cast upon the State to preserve and protect the equality of all faiths as an essential constitutional value, a norm which has the status of being a basic feature of the Constitution. There was a purpose underlying the enactment of the Places of Worship (Special Provisions) Act,1991. It spoke not only to our history but also  to the future of the nation. Cognizant as we are of our history and of the need for the nation to confront it, Independence was a watershed moment to heal the wounds of the past. Historical wrongs cannot be remedied by the people taking the law in their own hands. In preserving the character of places of public worship, Parliament had mandated in no uncertain terms that history and its wrongs shall not be used as instruments to oppress the present and the future.

Meanwhile on March 15,2021, the High Court of Allahabad reserved its judgment on the issue whether the suit concerning the Gyanvapi mosque was barred by the provisions of the Places of Worship (Special Provisions) Act 1991. Pertinently, though notice has been issued by the Supreme Court in the matter relating to constitutional validity of the Act, there is no stay on the operation of the provisions of the Act. Thus, the judgment of the High Court will now mark the turning point in the matter, as it will decide whether the matter will proceed further or will be dismissed in view of the bar imposed by the Places of Worship (Special Provisions) Act 1991. It remains to be seen whether the history will repeat itself or will a fresh course be charted this time around.