A Legal History of Anti-Conversion Laws in India 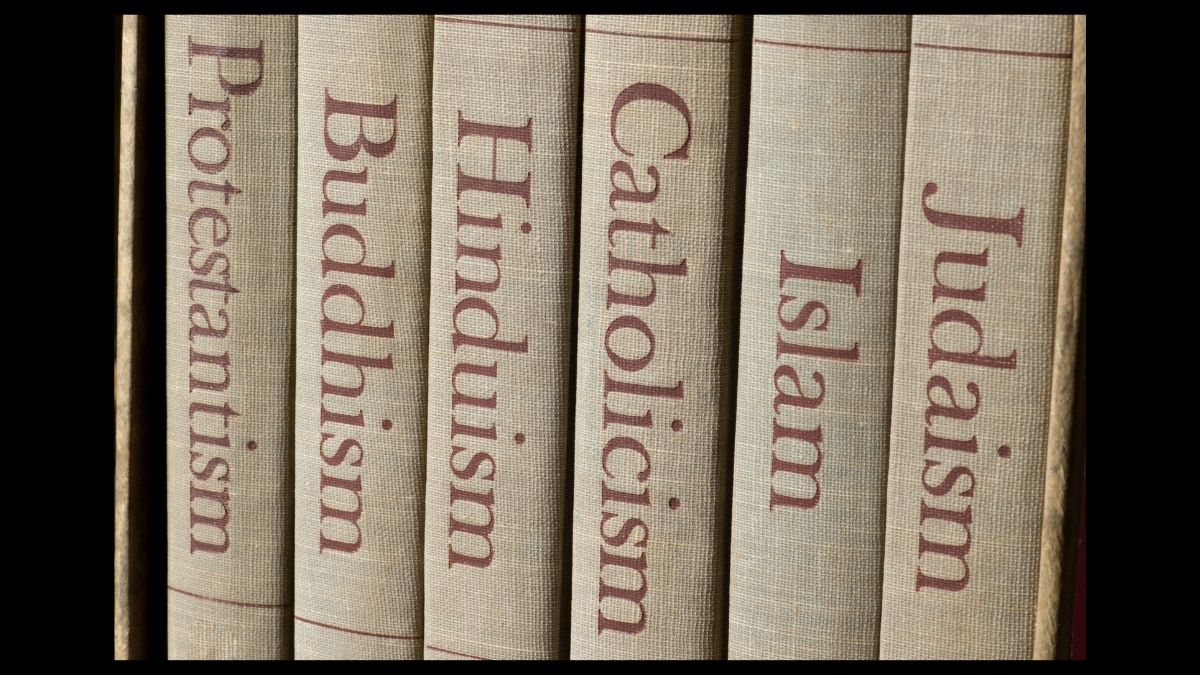 The recent death of a minor girl in Tamil Nadu’s Thanjavur district who apparently was forced to commit suicide due to pressure exerted on her to convert to the Christian faith has re-opened old wounds not just in the State, but also at a national level. Considerable attention has been given to the issue and most importantly, a petition has been filed in the Hon’ble Supreme Court of India praying for a stringent anti-conversion law.

However without going into the intricacies of the case at present the present article is confined to the limited purpose of examining the legislative and judicial history of anti-conversion laws in India and their constitutional validity.

Anti-conversion laws are not a novel concept that emerged in the recent past. In fact, the fight against proselytism goes as far back as the pre-Independence days of British colonial era. It is believed that Mahatma Gandhi himself had expressed his indignation at missionaries using a famine in a village to proselytize poor villagers into abandoning their indigenous faith and converting to Christianity.

The demand for an anti-conversion law to check missionary growth culminated in a number of statutes passed by the Princely Kingdoms such as the Raigarh Conversion Act, 1936 passed by the Raigarh Princely State. Similar legislations were also adopted by Udaipur, Kota, Jodhpur, etc.

In 1954, the State of Madhya Pradesh commissioned a report prepared by the Committee after instances of rampant conversion and proselytization. The report was quite damning inasmuch as it brought out the malpractices employed by the missionaries in duping the poor people.

The first anti-conversion law ever to be passed in Independent India was by the State of Madhya Pradesh known as Madhya Pradesh Dharma Swathanthraniya Adhiniyam, 1967(“MP Act”) which penalized conversion by force, fraud or allurement. Subsequently, the State of Orissa passed the Orissa Freedom of Religion Act, 1968 (“Orissa Act”) which additionally added “inducement”. Both these Acts were challenged before their respective High Courts. Since both these laws are pari materia, they are dealt with collectively.

The grounds that were urged before the Hon’ble Courts were that:

The Full Bench of the Hon’ble High Court of Madhya Pradesh in Rev. Stainislaus v/s State of MP and Ors. 1974 (19) MPLJ 656 upheld the validity of the MP Act. The Hon’ble High Court held, while referring to a number of judgements that Public order is a wide term – a term wider than ‘law and order’ and held that rampant conversion has the potential to disrupt public order. Hence, the Hon’ble Court held that the State Legislature is very well within its limit to Legislate an anti-conversion law under “public order” as mentioned in Item I, List II.

The Hon’ble High Court applied the same logic to hold that the MP Act is covered under the limitation “public order” in Art. 25 of the Constitution of India.

Further, the Hon’ble High Court also held that section 5 of the MP Act is does not stand in violation of Art. 20 (3) of the Constitution of India. The Hon’ble Court reasoned that the person effectuating the conversion is only intimating the act of conversion and is not confessing that the said conversion is by force, fraud, or allurement.

The matter reached the Hon’ble Supreme Court of India. The 5-judge Constitutional Bench of the Hon’ble Supreme Court of India in Rev. Stainislaus v/s State AIR 1977 SC 908, concurred with the views of the Hon’ble High Court of Madhya Pradesh and reversed the Judgment passed by the Orissa High Court and upheld the validity of the MP and Orissa Acts, holding that under Art. 25(1) the Right to propagate one’s religion did not confer a fundamental right to convert any person to one’s own religion.If an attempt is made to raise communal passions, e.g., on the ground that someone has been “forcibly” converted to another religion, it would, in all probability, give rise to an apprehension of a breach of the public order, affecting the community at large.

Subsequently, the Orissa State Legislature introduced certain Rules to the Orissa Act Orissa Freedom of Religion Rules, 1989 and further introduced Rules 2 and 3 by the Orissa Freedom of Religion (Amendment) Rules, 1999 in furtherance of the objectives of the Orissa Act. Amongst many other, one such Rule empowered commissioning a local enquiry to ascertain if the conversion was by free will or by force, fraud or allurement. The same was challenged before the Hon’ble High Court of Orissa in Rev. Satya Ranjan Majhi and Ors. v/s State of Orissa and Ors. 2003 (I) OLR 404.

Another landmark case concerning the Constitutional Validity of anti-conversion law is the Himachal Pradesh Freedom of Religion Act, 2006 (“HP Act”). The Act went a step further from its predecessors and incorporated a section 4 which required that any person converting to another religion shall give 30 days’ prior notice to the District Magistrate who shall cause an enquiry into the veracity of the conversion as he deems fit and waived such a notice in case the person reverts back to his ‘original religion’.

However, the Hon’ble High Court, after referring to a number of judgements, held that section 4 of the HP Act is unconstitutional inasmuch as that a public notice violates the private rights of an individual.

The said Judgement of the Hon’ble High Court of Himachal Pradesh to the extent of declaring section 4 as unconstitutional has been challenged before the Hon’ble Supreme Court of India and the same is pending adjudication.

The Legislative history of anti-conversion is more diverse and straight-forward. Pursuant to the Judicial pronouncements made, many States have passed their own version of the Anti-conversion law and they have either been repealed or a challenge to the same lies before the Hon’ble Courts.

In 2002, the State of Tamil Nadu passed the Tamil Nadu Prohibition of Forcible Conversion Act, 2002. However, the same was repealed in the year 2004 due to populist opposition.

In 2017 and 2018, Jharkhand and Uttarakhand passed anti-conversion laws respectively.

In 2021, the Karnataka State Legislative Assembly, the lower house, passed the Karnataka Protection of Right to Freedom of Religion Bill, 2021. Many of the provisions are on lines of the HP Act. However, the same is pending before the Legislative Council i.e. the upper house.

Art 18 of the International Covenant on Civil and Political Rights (“ICCPR”) states as follows:

“1. Everyone shall have the right to freedom of thought, conscience and religion. This right shall include freedom to have or to adopt a religion or belief of his choice, and freedom, either individually or in community with others and in public or private, to manifest his religion or belief in worship, observance, practice and teaching.

2. No one shall be subject to coercion which would impair his freedom to have or to adopt a religion or belief of his choice.

3. Freedom to manifest one's religion or beliefs may be subject only to such limitations as are prescribed by law and are necessary to protect public safety, order, health, or morals or the fundamental rights and freedoms of others.

4. The States Parties to the present Covenant undertake to have respect for the liberty of parents and, when applicable, legal guardians to ensure the religious and moral education of their children in conformity with their own convictions.”

From the above convention, it is quite clear that Art. 18 (3) permits proscription of conversion to protect “public safety”, “order”, “health”, or “morals”.

In fact, on a conjoint reading of the Judgement of the Hon’ble Supreme Court in the case of Rev. Stainislaus v/s State of MP and Ors. (supra.)and that of the ART. 18 (3) of ICCPR, the latter is even wider and confers greater power than Art. 25 of the constitution of India to Legislate anti-conversion laws since the word “order” has a broader scope than “public order” as under Art. 25 of the Constitution. Nonetheless, the States in India are bound by the Constitution of India under Art. 25 as interpreted by the Hon’ble Courts.

From a bare reading of the judicial pronouncements, it is clear that “Freedom to convert” is no Fundamental Right and any law proscribing conversion by force, fraud, allurement, or even inducement is perfectly within the contours of limitation set out under Art. 25 of the Constitution of India and it is amply clear that State Legislatures are perfectly within their Legislative sphere to pass laws prohibiting conversion by fraud, force, allurement, or inducement.

It can also be presumed that the Parliament is competent to enact an anti-conversion law under Item 97, List 1 to the 7th schedule to the Constitution of India.

The need for enacting such legislation is imperative to protect the indigenous faiths in our court apart from maintaining the plurality and diversity that our country cherishes to uphold.