Legal Voices: The Courts of and for Perception 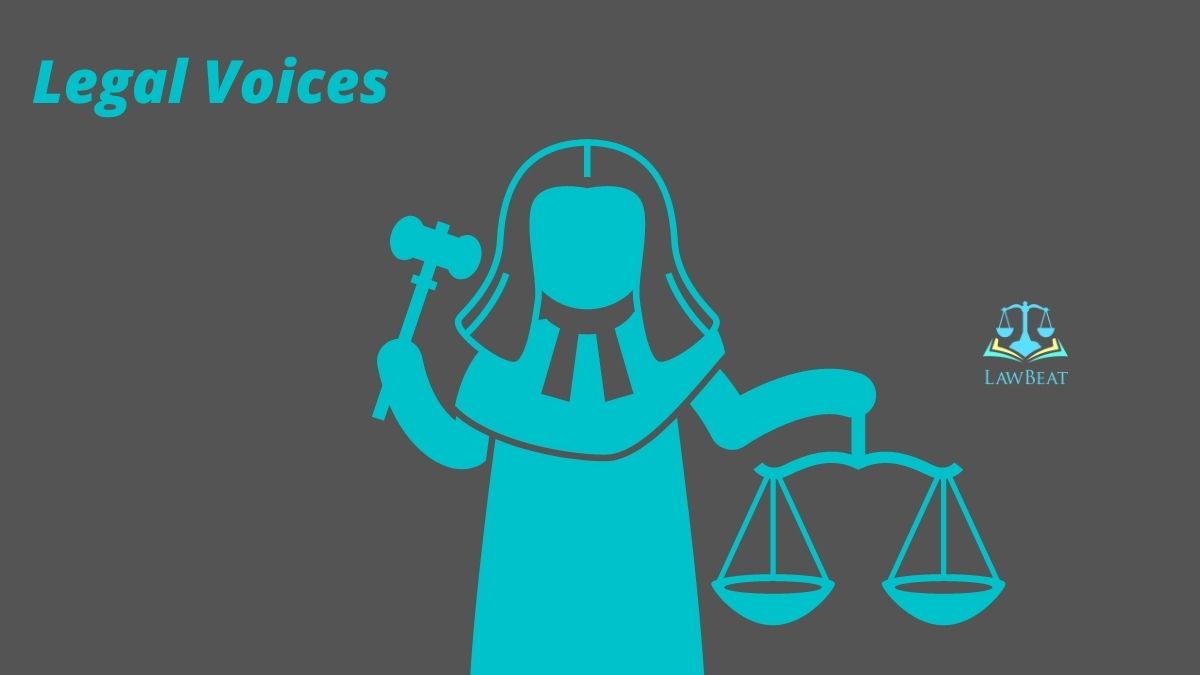 "From discarding an IIT report to deciding the quota of oxygen for every hospital in Delhi by discarding the formula prepared by a group of Bharat’s top doctors, the courts have rarely acted with scientific temper. This is a symptom of a larger problem. The courts have started considering science as subservient to the perception of the bench. This does not bode well for the future."

Recently, in a hearing related to a ban on the sale of firecrackers, the Hon’ble Supreme Court refused to consider a report by the Indian Institute of Technology, Kanpur which suggested, based on data and scientific analysis, that firecrackers are not on the list of top 15 pollutants. Instead, the Hon’ble Court relied on its perception of how polluted the air in Delhi is around the festival of Deepawali. This was a clear instance where science was ignored in favour of perception. However, this wasn’t the first time the courts have allowed their perception to eclipse science.

During the second wave of the Covid-19 pandemic, the Allahabad High Court had wondered why the State of Uttar Pradesh was not manufacturing the vaccines itself and why manufacturing licenses are not being given to more manufacturers considering the vaccine manufacturing countries had agreed to intellectual property rights waiver (which was and remains incorrect). The court also remarked, in a separate matter, that the cow is the only animal that inhales and exhales oxygen. In 2017, a mobile tower was shut down by the Hon’ble Supreme Court merely because the Petitioner stated that the tower had given him cancer despite there being no adequate study supporting the claim. The recent debate in the Hon’ble Bombay High Court regarding the prescription of Dexamethasone instead of Remdesivir was something that should have been left to the medical fraternity.

The primacy of perception is not limited to science but also extends over facts. In May 2021, the Hon’ble Supreme Court had quipped whether the channels showing alleged dead bodies floating in rivers in state of Uttar Pradesh were also booked under sedition unmindful of the fact that no such incident of FIR under Section 124A had actually taken place. Similarly, while the Hon’ble Supreme Court was eager to ban the Kanwar Yatra based on its fear of third wave, the farmers protest continues to blockade Delhi with unmasked, untested, and largely unvaccinated crowds. The Covid and fear of third wave remains the same and yet, we see such a contrasting approach. The courts have refused to touch the subject decisively till date. The implementation of the farm laws was stayed not because it was prima facieunconstitutional but to assuage the ‘hurt’ feelings of the protestors and make way for good faith negotiations. It was unprecedented, unheard of and yet again, a reflection on the Supreme Court’s preference for perception rather than law. This has become a pattern where the courts are addressing issues based on their own perceptions and at times, to create favorable perceptions.

Are courts an arena for scientific debate?

In a landmark judgment rendered in 2015, Justice Chandrachud had observed that “the Court is not an arena for scientific debate nor is it a forum for the testing of conflicting scientific studies and findings of experts. That is surely not its province.” He went on to suggest that the interaction of law and science should be based on the science of the day. It may change in the future as the research improves but the judgments must be based on the acceptable and applicable scientific evidence as it exists before the Court. There can hardly be any quarrel with what Justice Chandrachud had so eloquently stated. Yet, we rarely see the restraint displayed by him in this case as the standard practice in courts. From discarding an IIT report to deciding the quota of oxygen for every hospital in Delhi by discarding the formula prepared by a group of Bharat’s top doctors, the courts have rarely acted with scientific temper. This is a symptom of a larger problem. The courts have started considering science as subservient to the perception of the bench. This does not bode well for the future.

What happened to judicial discipline?

Should the courts restrict themselves to the facts before them or allow their perception and prejudices to play a role? The answer to this question is simple yet courts rarely acknowledge their limitation to facts. Take this example. In a suo moto petition, the court threatens a state government and then bans a religious event in light of impending third wave of covid-19. However, the same court refuses to interfere decisively when another state allows complete unlocking for religious event of another religion. The covid-19 situation in the state that suffered the order was infinitely better than the state where the Hon’ble Court refused to act. All is a game of perception where the second state was being championed by a dominant section of favorable media for its ideal covid response (not backed by data). Similarly, there was no reason for Supreme Court to pass off-the-cuff remarks against a state government based on absolutely no evidence before it, but few media reports.

Take another example. Should a law be stayed to assuage the hurt feelings of a particular pressure group? If this is the jurisprudence emerging from the top court, I am sure that many people will be hurt by many laws and the country will function without laws. I can assure you that I am deeply hurt by Article 19(1)(a) and the ‘reasonable restrictions’ therein. I am deeply hurt by the Places of Worship Act, 1991 as well. Will my feelings matter to the apex court as much as the feelings of the protestors holding a city to ransom? The apex court is supposed to be a constitutional court and not a court to advise, mediate or suggest settlement between protestors and government. It was required to test the constitutionality of the laws, not invent a frivolous and preposterous (for lack of a harsher word) ground to stay the implementation of farm laws. It is not a khap panchayat to issue diktats unfounded in law, facts, and science. No one should get the opportunity to even suggest that their Lordships are seeking to become overlords.

Similarly, the overzealous coverage by media has also contributed this problem where the courts do not prefer to do justice but to be seen as doing justice. Both can be distinct at times where what a crowd believes to be just, may not actually be the just outcome. The courts have started surrendering to narratives - by media, overzealous crowds, and a section of intelligentsia.

The live reporting of court proceedings has also prompted the courts to pass off-the-cuff quotes to enjoy media attention rather than passing legally impeccable orders.  The desire to have a favorable image in media has distorted the entire justice dispensation mechanism. Yet again, this is not a good sign for a constitutional democracy like Bharat.

Can the courts discard scientific reports, formulas to invent their own formulas, based on perception and not data? Can a court be influenced by the newspaper reports which generally are riddled with the individual biases of the reporters? Or should it be based on the facts before it? Can the courts grant reliefs to diffuse situations in absolute disregard of constitutional norms? The theoretical answer is that they shouldn’t (but they do). The courts are not equipped to make decisions that require carrying out scientific enquiries. It has to learn to outsource these at the first possible opportunity. The court has to limit itself to facts as they exist and not as they are perceived. Yet, for all practical purposes, the courts do not want to hear this answer which requires them to reflect on their conduct and refrain from doing a lot of things that they practice regularly.

The courts seek to cloak their prejudices as conviction. Nothing can be further from the truth. The content of an order and likelihood of relief therein are more dependent on which news channel the judge watched in the morning rather than the facts presented before her. The likelihood of relief in a case is considerably more if his Lordship had the breakfast of his choice in the morning. The inherent prejudices and biases have more to do with the way justice is delivered than the actual facts and law before the court. It has nothing to do with conviction. A judge should not hang someone because he was convinced in his mind that the accused was guilty but only if he was convinced on the file. This façade of conviction and all the embellished vocabulary that is used to justify the arbitrariness, inconsistency and a lack of judicial discipline cannot work indefinitely.

The Supreme Court did hint at some introspection recently, where they wondered as to what extent the courts can interfere with the mandate of the executive. The Hon’ble Chief Justice also warned against the recent practice of judges being in media all the time. However, these statements and observations have more to do with narratives than actual introspection. Unless there is some concrete action or self-imposed guidelines, the courts are unlikely to exercise self-restraint.

The question remains. Who will bell the cat?

(The author is a practicing Lawyer and wishes to remain anonymous for obvious reasons. There is no intention to lower the majesty of the Hon’ble Courts or commit any contempt. As they say, may the reign of their Lordships continue for a thousand, eight thousand generations.)

(This is an opinion piece and the views expressed are the author’s own. Lawbeat neither endorses nor is responsible for them.)