Mr. Balbir Singh: The young man and his struggle with chairs, name and files 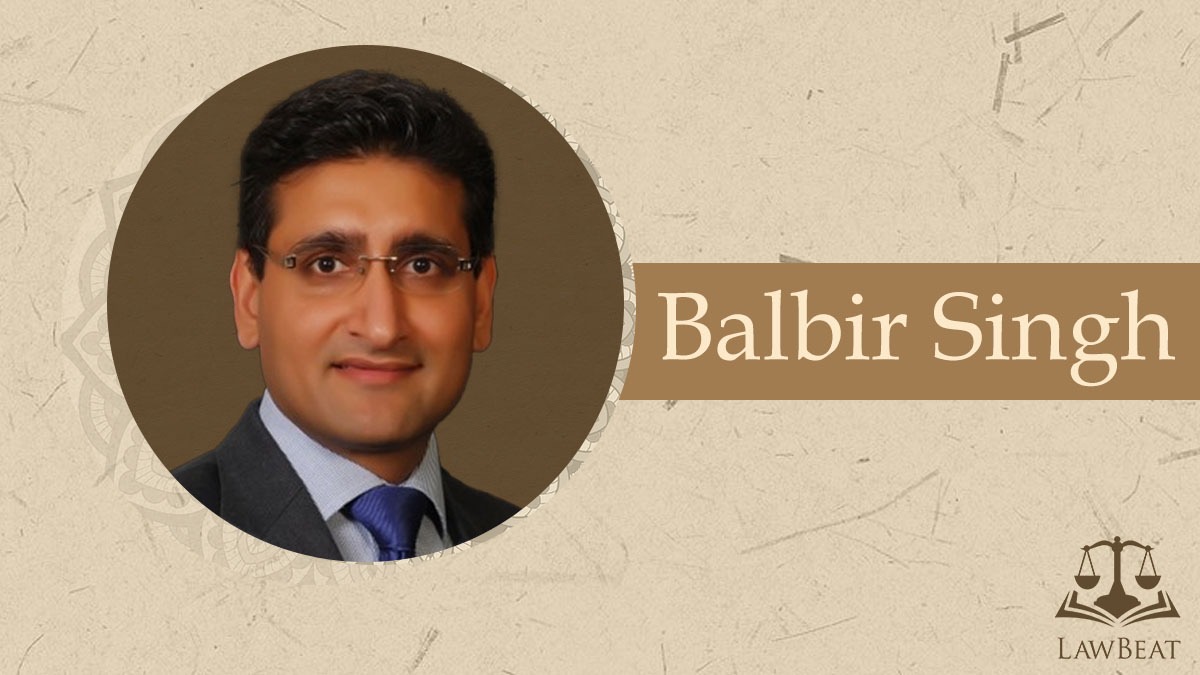 The Struggle is Real, for Everyone!

I had hit a very rough patch in my career and it happened just as the pandemic started. For obvious reasons, I went into a depression and I drank anxiety like it was pepper rasam. I had shifted out of Delhi, I did not have a job. One day, I woke up with the idea of letting young lawyers know that whatever is happening to them, has definitely happened to some top lawyers in the country. So I decided to collect all these experiences and compile them into a book. To my surprise, a lot of seniors were willing to speak about it. A lot of them wanted to share their mistakes and their vulnerabilities with a touch of humour, just so that the younger generation benefits from reading about them.

I tried to collect all these anecdotes in a period of 3 months and publish it as a book. I left out one important aspect while setting these time line, seniors do not have time. The wait was long however almost 35 seniors came out and spoke to me about this.

Books come with a price and many may not prefer buying a book. So Sanya (the Editor of lawbeat) and I decided to put this out as an editorial. In these editorials, you will end up reading some extremely funny recollections, some advise, some really funny mistakes these seniors committed and finally if you look deeply into the words, you will realise that it hasn’t been easy for anybody no matter what their background is.

I am deeply grateful to Mr. Balbir Singh, my mentor, my godfather and one of the best lawyers in the country for having encouraged me to do this. I must thank my wife and parents for asking me to put it out on the internet. I am grateful to Sanya Talwar of Lawbeat for accepting to publish this.

I do not intend to monetise this, this is for you all to read, enjoy and be self aware.

Mr. Balbir Singh, originally hails from Chandigarh. He is one of the youngest lawyers to be designated as a Senior Advocate by Delhi High Court. He was a senior standing counsel for income tax department and competition commission of India. Like many of us, Mr. Singh is a first generation lawyer. There is one thing about Mr. Balbir Singh that not many people know, he is a great cricketer, he runs at a his favourite spot irrespective of how hot or cold the weather is, so as a result of all this Mr.Singh is a very fit person.

This is going to be a 2 part series, Mr.Singh has narrated some interesting incidents from his early career. Just to keep you all curious, the anecdotes that will follow these will have Mr.Singh’s embarrassing run in with another Senior Advocate.

I am a big fan of Mr.Balbir Singh, I was his junior for a couple of years and those were my best days as a lawyer. I have had many discussions with him on mental health during and after my stint at his chambers, not once did he dismiss any issue as something that was “in my head,” and I must confess that I am writing this editorial because of the confidence he gave me. So, naturally I want to start with the anecdotes he shared with me for this project.

Not many know that Mr.Singh is a very athletic person (well, he is an athlete), it is literally impossible to be as fit as he is. Once just before Republic Day, we had to go to Delhi High Court for a matter and as usual there were traffic restrictions in place. It was 9.45 AM and ours was the first item on board. We couldn’t get past India Gate circle, so Mr.Singh resorted to doing the one thing he loves, walk fast. Since he was not going to run, I thought I could keep pace with him, it was a bad idea. A brisk walk for him, was a sprint for me, he was doing it effortlessly while I simply couldn’t walk. After trying to sprint for 2 kms, I gave up. Mr.Singh was already seated in the court hall while I was a kilometre away from the court premises. I ended up making it to the court on time only to find him walking out. All he told me was “The matter is adjourned. Try to get fit.”

When Mr. Singh started his career, the excise taxation system on steel manufacturing had just changed. His first brief was to file a challenge a particular provision of this before the Supreme Court, he drafted it with the help of some seniors at Chandigarh and got it filed. The matter came up and the supreme court granted a stay on this provision. This was a big success for someone who was all but 26 years of age, Mr.Singh recollects

“I became popular in the span of 2 to 3 days and a lot of people wanted to meet me to get a similar order. A group of companies had gotten together, they informed me that they would come on the following Saturday to discuss this further.”

Anticipating that a lot of people would come, Mr.Singh managed to arrange 10 chairs for them to be seated in the office. As the group arrived, an elderly gentleman looked at Mr.Singh and said “Beta, please go call your father.” Utterly confused and having lost his confidence, Mr.Singh, after ensuring that they had been seated, asked the help at his office to serve them some tea. In addition to this, he also asked him to tell them that Mr.Singh had gone to meet his wife and kids (he wasn’t married then). Quoting Mr.Singh on this

“After half an hour, I gathered enough courage to go talk to them. I went and occupied my office chair and before anyone could speak, I introduced myself. They expected to see someone much older but they were shocked to see me. They asked me for 5 minutes and I had wait outside my own office while they decided whether or not they wanted to engage me.”

Mr.Singh went inside after 5 minutes and the group reposed faith on him and gave him the brief. He noticed that they were still not very satisfied about giving the brief to such a young person, they could not be blamed because it was an important issue for the company and they expected someone experienced to handle it.

Despite this initial breakthrough, he had to tell people that he was married just to enhance his age. Mr.Singh recollects

“I had to show my clients how busy I was. So I would borrow files from my friend and keep them on my table just to show that I had bulky matters.”

Mr.Singh also remembers people assuming that he was an elderly Sikh gentleman just after reading his name. He had had enough of this, so he decided to ensure people know who he is and how he look. He recollects

“I had applied for senior designation when Justice Rohini was the Chief Justice of Delhi High Court. She was from outside Delhi and I had’t appeared much before her, so I made it a point to go meet her and tell her that I am Balbir Singh. I am not an elderly Sikh gentleman, I am a middle-aged person.”

Justice Rohini is said to have laughed at this and told him she had already asked about him and knew who he was.