Mutilation of the Constitution with "Exotic Vocabulary" 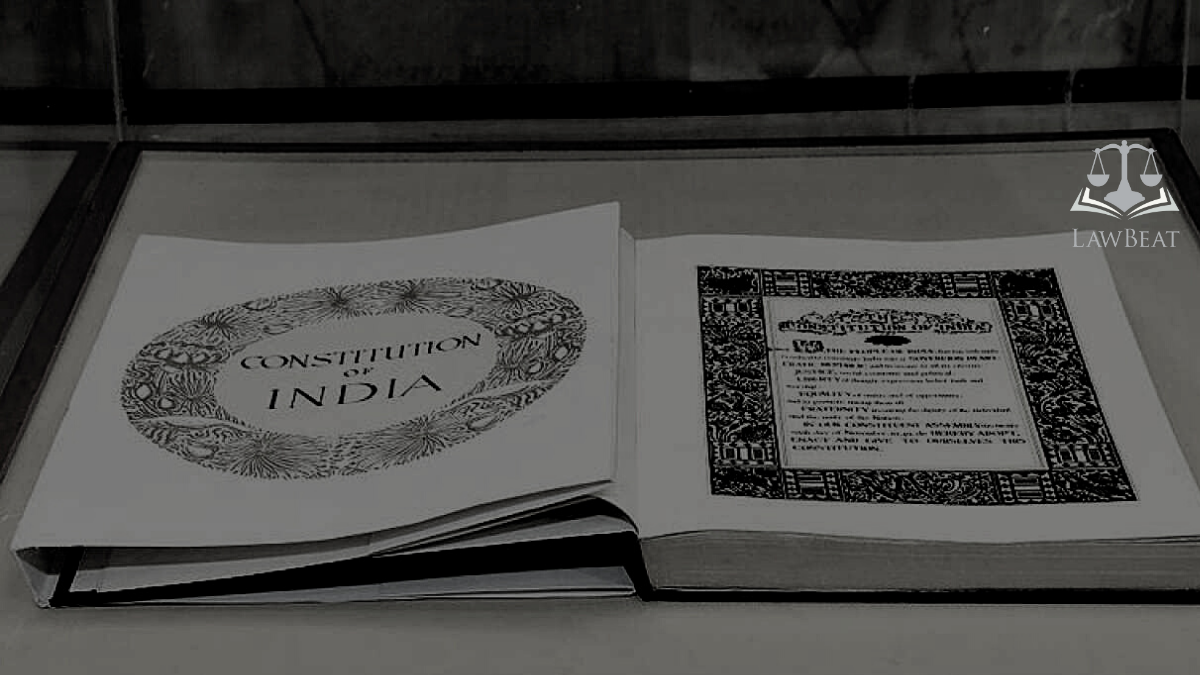 "Step by Step, brick by brick, the edifice of India’s legislature is being destroyed by judiciary."

Mr. Arun Jaitley like several others, spoke frequently on the unchecked and unwarranted interference by the judiciary in the domain of legislature. While one can find isolated incidents of such interference on other occasions, the phenomenon started to take the current shape and form in the early 90’s, a period characterised by extreme political uncertainty with the age of coalition and short-lived governments. Such instability created fertile grounds for the judiciary to intrude into areas which were not only beyond its authority but also competence. Such interference often has come in the name of inaction even though the judiciary itself has barely been a paragon of efficiency with millions of cases languishing in courts for decades.

This intrusion and shameless appropriation of power has not just been limited to legislature but has extended to the executive domain and has been peculiarly characterised by an intriguing phenomenon – use of exotic vocabulary with absurdly vague and outrageous meaning. When put in context, the frivolousness of such vocabulary can rival the millennial lingo of FOMO, YOLO etc. in all its absurdity. The journey in many ways started with the case pertaining to appointment of Judges where the Court dealt a body blow to the issue of accountability by interpreting the word “consultation” to mean approval and created a parallel system for appointment of judges, which had no Constitutional basis. It has been almost three decades since and we continue to look for a dictionary that defines "consultation" as approval. An exotic wordplay indeed!

Once the shackles of accountability were broken, the Judiciary went about nakedly appropriating more powers unchecked by Constitutional authorities and norms to which other arms are subjected to. Several pronouncements broke the long-established constitutional norms in the name of expediency and with each such shameless interference came a new word.

The Sabarimala judgment relied on yet another new word, “Constitutional morality”. With no meaning to find out either in Constitution or any dictionary, the Hon’ble Justice made it mean….hmmm.. whatever he wanted it to mean in the given case, irrespective of what clear Constitutional provisions suggest. The judgment invoked this terribly vague word to ignore the most basic commonsensical position that every act of exclusion does not amount to discrimination.

Yet again, an exotic wordplay trumped the Constitutional and legal jurisprudence to result in a patently wrong judgment.

However, as the worst pandemic of the last hundred years hit the country with incredible ferocity, the Judiciary smelled blood again. Right from the High Courts and all the way to the Supreme Court, Courts jumped on the bandwagon to entertain questions which any observer of a Constitutional polity would confess, belong exclusively in the domain of the executive.

From passing orders to impose lockdowns to recommending specific medicines which should be part of treatment protocol, to wanting to fix the price of vaccines and criteria for vaccinations - the Judiciary meddled on all issues, either through outright illegal orders or reckless remarks in court proceedings.

And this time, came another of those supposedly erudite but a profoundly ludicrous word – "dialogic jurisdiction". This was yet another invention by the highest court to meddle in the Constitution, without any basis, and in fact in flagrant disregard of it. It sought to justify such interference in the name of the crisis that the country was facing.

"We cannot turn a blind eye to whatever is unfolding," was the common refrain made both by the courts and the people who supported such egregious meddling.

The courts went about dictating terms to the elected government in complete violation of its own rulings where it has repeatedly and categorically held that courts will not interfere in policy matters even when in its opinion there is a better alternative. Such a stand is consistent with the basic rule of separation of power and has been established after centuries of evolution in constitutional thought because no matter what the judges might think, their opinion on better alternatives is rarely better because judiciary is not designed as an institution to make such choices. It is for these reasons that no judiciary – even those which suffered worse than us including US, UK, and Italy - ever interfered in the handling of the pandemic because constitution and its fundamental principle of separation of power is well understood in all such polity.

While still not justified, one could brook such adventures only if the court had proved itself capable of interfering competently. However, history has repeatedly shown how such misadventures have resulted in disasters and the most prominent example has been the absolute mess that the court created with its interference in BCCI.

While it may not be obvious to many, but with such outrageous and repeated interference by inventing new vocabulary and preposterous words to bypass or even abuse basic constitutional norms, the judiciary has destroyed the Constitution and established itself as the clear supreme authority (which was never intended by the founding fathers) which can question, opine and enforce its writ on any and every issue. This is a blatant violation of the cardinal principle of Separation of Power on which all modern democracies are based. If such abuse in itself was not enough, the real danger is not just limited to that. Rather, it is that it has appropriated all these powers using exotic but hollow vocabulary in a manner that gives it all the power but without any accountability. It is neither subject to scrutiny by any constitutional authority nor must face the wrath of public opinion of the kind that other arms of the government have to. And since it refuses to give up any power in the appointment of judges, it is now a supra constitutional body which has the potential to become an unchecked leviathan that would upset the fine balance of power amongst constitutional bodies that the drafters of the Constitution envisaged.

One can only hope that the damage done through these illegal & unconstitutional interventions is temporary, but the conduct of the judiciary suggests that that is merely a hope and in its lust for power, the Constitution might as well have been mutilated forever.

*Ravi is a lawyer and a Masters in Public Policy from National University of Singapore. He Tweets at @ravijhatweets