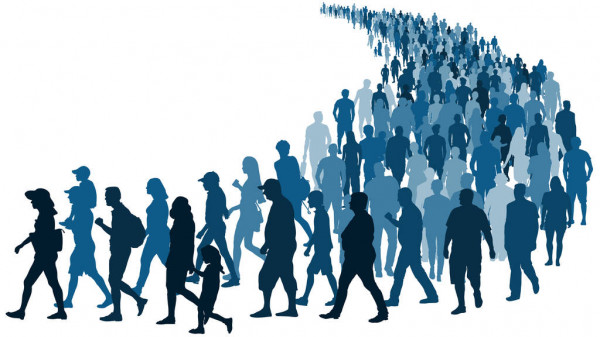 Recently, a plea was field in Supreme court seeking release of around 150 Rohingya refugees who are currently detained in Jammu. Advocate Prashant Bhushan, appearing for petitioners contended that the deportation of Rohingyas would violate the principle of non-refoulement. During the hearing, Solicitor General of India had submitted before court that as India was not signatory to the Convention relating to the Status of Refugee, 1951, principle of non-refoulment was not binding on India. He also submitted before the Court that Rohingyas are not "refugee" from that perspective.

Arguments put forth before Top Court raise some questions such as how the status of refugee is accorded at international and national level. If India is not signatory to the 1951 Convention, does that give government of India absolute right to deport the refugees?

In this article I shall discuss how refugee status is accorded at international level [I], position in India to recognise refugee status [II] and applicability of non-refoulment principle in India [III].

1. According refugee status at international level

Convention relating to the Status of Refugees, 1951(herein after referred to as 1951 convention) and its 1967 protocol is the most important instrument on an international level to safeguard the basic rights of refugees.

“he/she has a well-founded fear of persecution because of his/her race, religion, nationality, membership in a particular social group or political opinion and is outside the country of his nationality and is unable or unwilling to avail himself/herself of the protection of that country, or to return there, for fear of persecution.”

These are basic elements which need to exist for declaring refugee status. It is pertinent to mention that the onus of proving whether a person is eligible for according "refugee status" is on a person who is claiming that he/she is refugee. Burden can be discharged by providing truthful situation of his/her background and personal experiences which have given rise to the fear of persecution.

Next, what is the standard of proof for well-founded fear? Is the claimant required to prove his fear of persecution beyond reasonable doubt? The answer is no.

The standard of proof in this case is less than ‘beyond reasonable doubt’ and also less than a ‘balance of probabilities’. So, if there is a “reasonable possibility” or “good reasons” to fear persecution, then the authority will assume that the claimant’s fear is well-founded. This was well explained by the U.S Supreme court in INS v. Cardoza-Fonseca [67 U.S. 407 (1987)] as, “There is simply no room in the United Nations definition for concluding that an applicant has a 10% chance of being shot, tortured, or otherwise persecuted, that she or he has no ‘well-founded fear’ of the event happening…so long as an objective situation is established by the evidence, it need not been shown that the situation will probably result in persecution, but it is enough that persecution is a reasonable possibility”.

Normally, refugee status is determined on individual basis. But situations are increasing where entire groups have been forced to leave the country due to persecution. Therefore, United Nations High Commissioner for refugee (UNHCR) has been doing ‘group-determination’ of refugee status, whereby every member of a group is regarded prime facie (i.e. in the absence of evidence to the contrary) as a refugee. UNHCR is a United Nations agency which works to protect the basic human rights of refugees.

India does not have any specific legislation to deal with refugees and she is not signatory to the 1951 convention and its 1967 protocol. But in 2011, Ministry of Home Affairs (MHA) had issued standard operating procedure (SOP) for refugees. As per SOP's, if the case of a refugee is prima facia justified on the ground of "well-founded fear of persecution", then the State/Union territory can recommend to MHA for effectuating grant of long term visa to refugee which in turn lead to grant of basic rights. This grant of basic rights is decided on a case to case basis and are somewhat arbitrary. For instance, nearly thousands of Rohingya live in Delhi, Jammu, Haryana and Chennai but only about 500 have been granted long term visas. As the position stands legally, the Government may also treat refugees as illegal immigrants under the Foreigners Act of 1946.

The grant of refugee status, asylum or temporary assistance to people displaced due to persecution in their home countries are mostly determined by Indian government through a bilateral or multilateral process with those countries in line with its international relations policies.

Apart from that, UNHCR also plays important role in recognition of refugee status. UNHCR has been operative in India since 1981 and assisting the government particularly in the matter of verification about person’s background and general circumstances prevailing in the country of origin. It also provides refugee card to them for recognition purpose.

It is pertinent to note that even in the absence of specific legislation, India has done great service to refugees in past.

3. Principle of non refoulement in India

The biggest fear amongst the refugees is that of refoulement. Refoulement means an act of forcing refugee to return to a country where he or she is likely to face persecution. Article 33 of 1951 convention prohibits refoulement. India is not signatory to that convention. Does it mean that government can deport refugees without citing valid reason? The answer is no. India is signatory to many other international human rights treaties like, Universal declaration of human rights, International Covenant on Civil and Political Rights (ICCPR), Convention against torture, Convention on the Rights of Child (to name a few), which require India to protect the basic rights of refugees. Moreover, the principle of non-refoulment has become the customary international law, so it binds every nation.

Beside international law obligation, Indian constitution also mandates protection of the refugee from refoulement. Indian Constitution guarantees Right To Equality & Right To Love to everyone irrespective of one’s nationality.

In the case of NHRC v. State of Arunachal Pradesh & others, the Supreme Court held that, “We are a country governed by the Rule of Law. Our Constitution confers certain rights on every human being and certain other rights on citizens. Every person is entitled to equality before the law and equal protection of the laws. So also, no person can be deprived of his life or personal liberty except according to procedure established by law. Thus, the State is bound to protect the life and liberty of every human-being, be he a citizen or otherwise”.

Gujarat High Court had also recognised the principle of non-refoulement under Article 21 of the Indian Constitution in the case of Ktaer Abbas Habib Al Qutaifi v. Union of India & Ors.

That said, refugees may indulge in illegal activities in the host nation or may create threat to national security. There may even be negative impact on economy, society or culture of the host nation. In that situation, no nation would desire providing shelter to refugees. Involvement in illegal activities and threat to national security have been main reasons of the Indian government for taking decision of deportation of refugees. In that situation refugee cannot ask for application of non-refoulement principle because like all other rights, refugee’s rights also have some reasonable restrictions. If refugee is creating threat to national security then it would not be appropriate to allow him/her to reside in India.

Undoubtedly, it is necessary to maintain the balance between rights of refugee and national security. In the case of Dongh Lian Kham & Anr. vs Union Of India & Anr, Delhi High Court reiterated the need for maintaining the balance. It had observed that the principle of non-refoulement is required to be taken as a part of the guarantee under Article 21 of the Indian Constitution, but not at the cost of national security. While maintaining the balance between refugee’s rights and concern of national security, the court directed the Foreigners Regional Registration Officer (FRRO) that, "Since the petitioners apprehend danger to their lives on return to their country, which fact finds support from the mere grant of refugee status to the petitioners by the UNHCR, it would only be in keeping with the golden traditions of this country in respecting international comity and according good treatment to refugees that the respondent FRRO hears the petitioners and consults UNHCR regarding the option of deportation to a third country, and then decide regarding the deportation of the petitioners and seek approval thereafter, of the MHA (Foreigners Division)”.

It is important to note here that recognition of refugee status does not make a person "refugee" but only declares him/her as one. Recognition makes refugee entitled to the protection of his/her basic human rights. Once a person is recognised as refugee, UNHCR will protect his/her rights even if the person is in non-contracting nation to the 1951 convention. When we discuss the position of India, she has done great service to the refugees but the ad hocism may lead to arbitrariness in the process of according such status.