PIL’s backed solely with newspaper reports are a dangerous trend 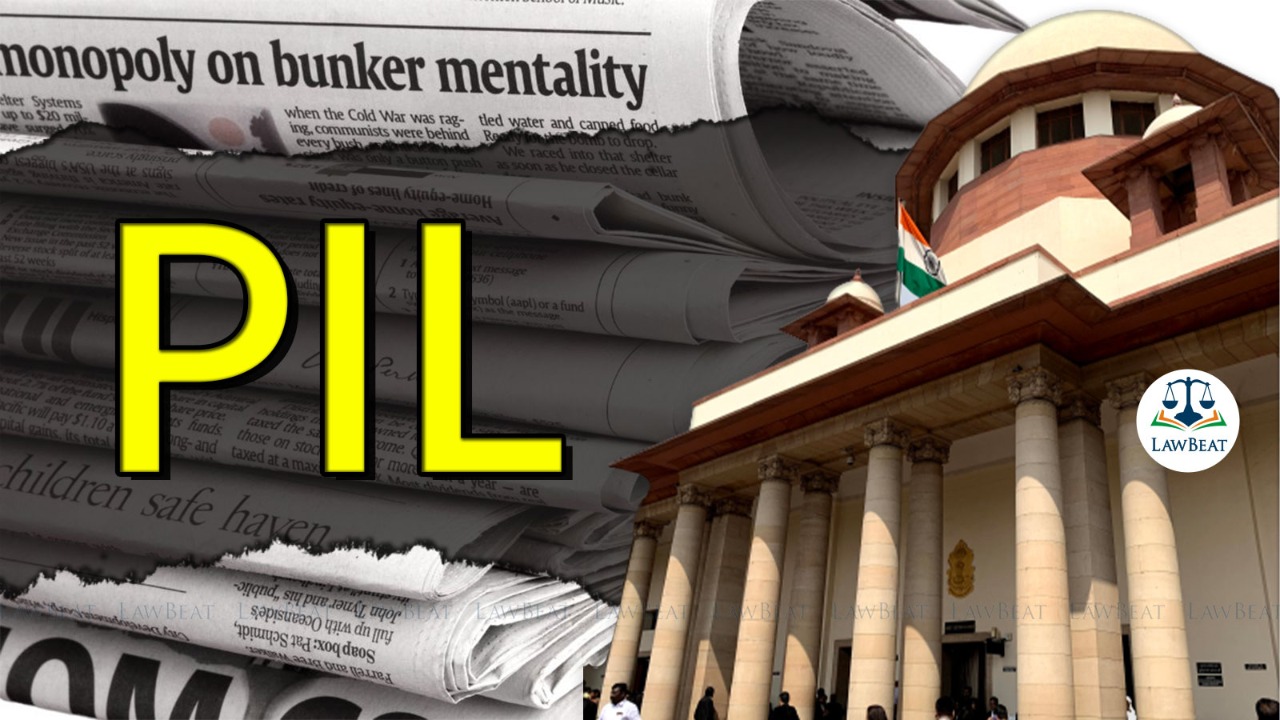 The Home Ministry filed a reply affidavit in a case alleging “increase in attacks against Christian community” in the court. The Ministry, while stating that the petitioners have based the petition on information gathered through sources like press reports (the Wire, the Scroll, the Hindustan Times, Dainik Bhaskar, etc.), “independent” online databases and from findings of various non-profit organisations, enquiries reveal that majority of the incidents alleged as Christian persecution in these reports were either false or wrongfully projected.

The affidavit further alleged that on a preliminary ascertainment of truthfulness of the assertions as alleged in the petition, it has been found that the petitioner has resorted to falsehood and some selective self-serving documents.

It is a recognised fact that not all PILs are filed in the interest of general public. Despite the courts coming down heavily on petitioners who file plea’s without any merits, they continue to be entertained unabated.

The Supreme Court in S.P.Anand Vs HD Deve Gowda, made it abundantly clear that in a  PIL, to seek court’s interference in a particular issue, the petitioner is expected to not succumb to sentiments and behave like a “knight-errant roaming at will in pursuit of issues providing publicity.” The court held that the petitioner must keep in mind that as a person seeking to espouse a public cause, they owe it to the public as well as to the court that he does not rush to court without undertaking extensive research.
The court went on to say that it must be remembered that a good cause can be lost if petitions are filed on half-baked information without proper research or by persons who are not qualified and competent to raise such issues as the rejection of such a petition may affect the rights of persons who are actually aggrieved.

In the past, the apex court has also come down very harshly on petitioners who file PILs without any research or based solely on news paper reports. More recently, on August 16, 2022, the apex court while dismissing a plea challenging the establishment of a Zoo in Jamnagar, Gujarat by the Greens Zoological Rescue and Rehabilitation Centre Society (GZRRC), deprecated the petitioner for instituting a PIL while noting “the petitioner himself is not an expert in the field and has based the petition merely on news-reports which too, do not appear to have been made by the expert.”

The courts have however not shied away from entertaining genuine petitions, by overlooking small technical mistakes. Recently, while hearing a PIL seeking directions to streamline the child adoption process in the country, Justice DY Chandrachud asked the government not to challenge the PIL on maintainability. He said, “We started off hearing the plea with a negative view, but we were convinced that the issue requires indulgence.” ASG KM Natraj, appearing for the government made it clear to court that they will not look at it as an adversarial litigation and will ensure appropriate instructions are sought.

Why PILs based on news reports problematic?

The apex court, in Union of India Vs Ranbir Singh Rathuar held that newspaper reports are not to be considered as evidence in cases where authenticity of the newspaper reports was not established by the petitioners. The court went on to say, "Even otherwise, this could not have been done in a writ petition, as disputed questions of fact were apparently involved." The court thus hinted at a fact that, if newspaper reports were cited as evidence, they should examine the reporter who filed the report and the same cannot be done in writ proceedings as they do not involve trial.

As rightly observed by the Chief Justice Ahmedi in 1996, PILs can and do affect third party rights. The plea alleging attacks on Christians and Christian missionaries, has been been filed by persons/organisations who are not affected by such alleged attacks. Furthermore, going by the government’s affidavit, the plea lists incidents which are perceived to be attacks on the Christians by naming them and detailing out the way the alleged attack was carried out.

The Home Ministry, in its affidavit has clarified that incidents of minor disputes, where no religious/communal angle existed, have also been published in the “self serving reports” as instances of violence against Christians. Citing the example of a family being heckled by some people at their home in Shahgarh (district Sagar, Madhya Pradesh) for not celebrating Diwali, the plea claimed it was an attack on Christians. However, the affidavit states that there was a private dispute between the two parties, which had nothing to do with religious background of the two parties. It further adds, both parties had filed cases and counter cases against each other with the local police.

While Senior Counsel Colin Gonsalves, informed the court that there have been hundreds of incidents where Christians were attacked in the country, it is unclear if the petitioners verified the truth behind such instances. A plea, without verifying the instances of violence, merely going by news reports and independent data, which appears not be verified, can have dangerous consequences.

They are dangerous for the nation’s social fabric because an issue is brought before the apex court, of the county, on a mere assumption. Even the act of the Supreme Court issuing notice in the plea can lead to speculations by media or even international outrage. On the other hand, the courts are put in a complicated situation wherein they have to satisfy themselves on the merits of the plea, even without uttering a word on merit. In such petitions, anything said or done by the court is presumed to be an act towards a certain direction. The bench headed by Justice Chandrachud, in the author’s opinion, took the right call by not issuing notice without satisfying themselves on the issue at a preliminary stage.

In conclusion, one can only hope that the authenticity of the petition is established in the rejoinder and by way of arguments.

(Views expressed are of the author)