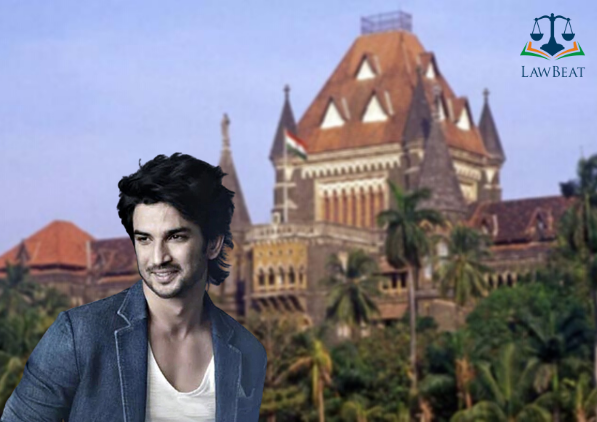 With no legal action taken against TV channels for conducting a "media trial" by the Bombay High Court (in the PIL's filed on account of the reportage in Late actor Sushant Singh Rajput's death), it is nugatory to consistently celebrate scathing remarks made against channels.

The Court has put forth takeaways which has larger ramifications on media houses (across "wings" & narratives). While the Court has observed that the proverbial "Lakshman Rekha" is often crossed by media channels, it has chosen to refrain from taking action against these channels in terms of the Contempt of Courts Act, 1971.

While hinging upon nails and fastening them, the Court has noted that broadcasters and persons involved with the Cable television network, in their operations and function, are required to adhere to the statutory restrictions as prescribed under the Programme Code, emanating from the Cable Television Network Act, 1995 (the CTVN Act).

The Court observed that, Section 5 of the CTVN Act prescribes that every TV News Channel that is registered under the CTVN Act, must follow the “Programme Code” while broadcasting any news on its Channel on the cable network.

(In respect of the programmes which would be telecast on the respective TV channels, the Programme Code as defined in Rule 6 of the CTVN Rules, 1994 imposes several restrictions, which inter alia in the present context includes, any programme that offends against the good taste or decency [sub-rule (a)]; contains anything obscene, defamatory, deliberate, false and suggestive innuendos and half truths [sub-rule (d)], contains anything amounting to contempt of Court [sub-rule (f)]; criticises, maligns or slanders any individual in person or certain groups, segments of social, public and moral life of the country [sub-rule (i)]; denigrates women through the depiction in any manner of the figure of a woman, her form or body or any part thereof in such a way as to have the effect of being indecent, or derogatory to women, or is likely to deprave, corrupt or injure the public morality or morals [sub-rule (k)]; contravenes the provisions of the Cinematograph Act,1952 [sub-rule (n)])

Thus, Court held that the above sub-rules under Rule 6 would apply to the telecasts which are in the nature of a media trial having adverse consequences on an ongoing criminal investigation. These sub-rules would have omnibus application and would apply to situations of a media trial at all the stages including when the process of criminal law is set into motion on registration of an FIR resulting into arrest and till the trial is complete and to further judicial proceedings before the Court.

Interestingly, in terms of section 20 of the Act, the Court has held that when the Central Government considers, that a programme of any channel is not in conformity with the prescribed Programme Code, it has the power to prohibit its operation. On the question of Uplinking and down-linking of TV channels in India, Court ruled that when any telecast is likely to disturb public tranquility, it is sufficient to prohibit transmission of a certain programme in public interest.

In this context, Court further directed that every complaint which would be made on the contents of any programme on any television channel, either to the authorised officer or the Central Government in regard to violation of the Programme Code, shall be dealt with in a manner as provided under the CTVN Act and immediate action shall be taken thereon, without involvement of any private bodies like NBSA or NBF. So, in effect, these private regulatory bodies have been rendered toothless in dealing with complaints with respect to the Programme Code.

On the question of what constitutes fair trial and trial by media, the court first elaborated on how unregulated media reporting could adversely affect investigations in progress.

Court noted that since the media, has the ability to mould opinions of the society, it ought to refrain from taking stances in its presentations which are biased and show a predilection for a particular point of view, having enormous potential of deflecting the course of justice.

Accordingly, the Court issued directions to the press/media so as to exercise restraint and refrain from printing/displaying any news item and/or initiating any discussion/debate/interview.

Though the court made scathing remarks against some TV Channels, it said that it does not consider it appropriate to initiate action for criminal contempt against them.

“Of course, while refraining from so doing, we hope and trust that they shall act more responsibly in future and not create a situation for the Court to take recourse to the provisions of Article 215 of the Constitution and the CoC Act to invoke its jurisdiction to punish for contempt,” the court said.

Further, it noted petitioners could be justified in saying that persistent criticism could bring down morale of the police force and prove to be counter productive, so utmost care must be taken to present reports that are tested and found to be true and correct and the temptation to sensationalise must be resisted.

Interestingly, Court also added that this was neither the stage to give Mumbai police a certificate that they performed their duties in accordance with law nor to invalidate the reporting by electronic media.