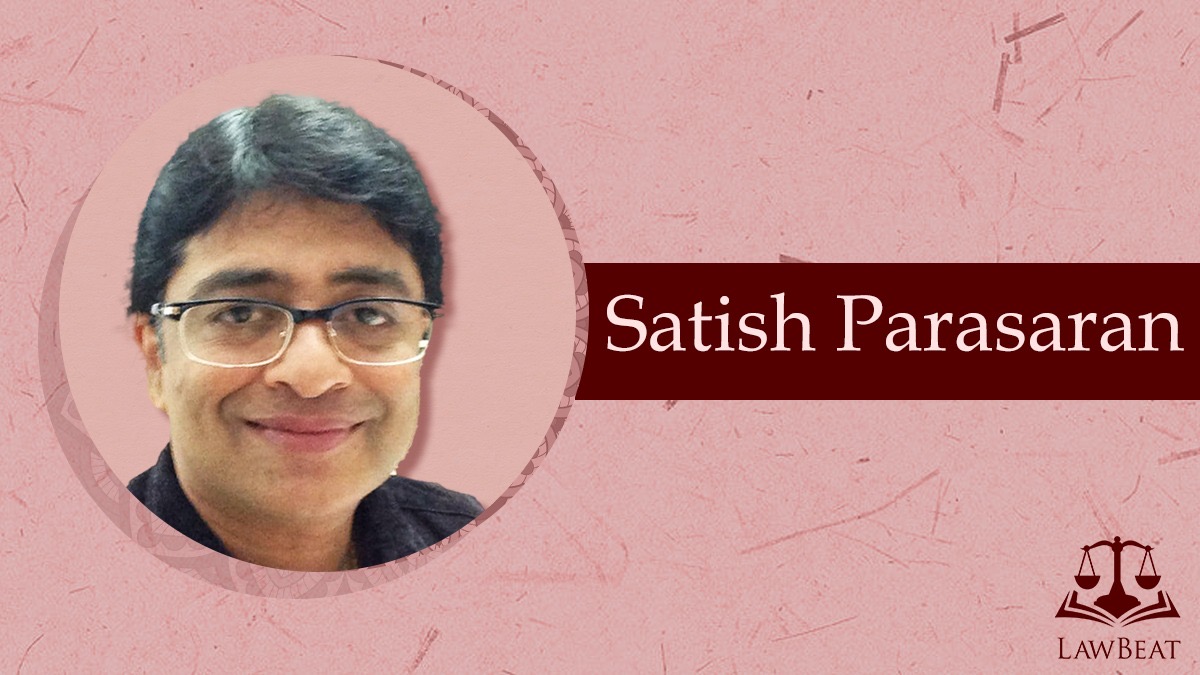 I started my practice at Coimbatore, a relatively small bar when compared to Madras and Delhi. I had only heard of seniors like Mr.Satish Parasaran, I was absolutely star struck at Chennai when I saw seniors argue a case in the court. I was more surprised when I realised these seniors were accessible to juniors, I have seen many seniors come to the aid of juniors when they found them struggling with a point of law in court even when they are not briefed in a matter. Despite having spent just a year in Madras High Court, I have the fondest memories from there.

When I decided to compile such anecdotes, his junior suggested that I get in touch with him. When I sent him a message last year, he replied back immediately saying this was a good initiative and he will send a few anecdotes from his early career. I was surprised to find that he had typed it all out himself and sent them to me.  I don’t intend to write over it and spoil the flow. I am publishing them as it is.

Even before I entered the profession, one small blunder had threatened to put me off course in LL.B. that I was pursuing in the Campus Law Centre, Delhi. To appear in the exam required all the students to fill and submit a form in the college. I had duly filled the form and submitted the same in good time. We were to collect the hall ticket a few days before the exam. When I approached the college authorities for my hall ticket, I was told that my form was still lying in the office due to non-payment of the examination fee. My offer of payment was refused on the ground that the last date for the payment had long expired. All my appeals up to the Vice Chancellor (no less than Mr. Upendra Baxi) failed. The only small keyhole of a hope was to knock at the doors of the Examination Controller. Having failed in my personal attempts, I felt the necessity of approaching through someone who commanded respect. My father (Mr. K. Parasaran, who was the Attorney General of India from 1983-89) had demitted office as the Attorney General a few years ago. Still, I asked him if he could put in a word. I knew that the chance of him seeking a favour, that too for his own son, was slim. But, I still asked. And he refused!

Dad’s secretary Raman called me aside and said - “Why did you even ask your father when G. Ramaswamy (Attorney General of India from 1990-92) is there as the Attorney General?!”

The next day was the first exam on Constitutional Law. I hesitantly called Sri. G. Ramaswamy. He immediately called me over to his office. In a matter of half hour, he has spoken to the Examination Controller and the issue was resolved over a phone call.

A year later (September 1992), I enrolled as an advocate at the TN Bar Council. It has been a practice in our office that a fresher should make an appearance in Court in the very first week of his/her enrolment. A few days after my enrolment, I was asked to appear in a writ petition before Justice K.S Bhakthavatsalam. I did not then realise that I couldn’t have asked for a more affable judge to appear before. When the matter was called, I muttered a few words hardly audible to myself even while sweating profusely. Realising that I was a chicken just out of the egg shell, the judge had a quick glance at the affidavit and found the case deserving of an admission and an interim order.

NEVER GO UNPREPARED TO THE COURT

In the very second week after my enrolment, a contempt petition filed by the race day employees against the Madras Race Club was listed before a division bench comprising of Justice Venkatasamy and Justice Abdul Hadi. The bench assembled at 11 am and the matter was called. Neither of the two seniors, Mohan and Seshadri, were in sight. I got up and requested for a two week adjournment blissfully unaware of the seriousness of the case or the fact that it was being taken up by a special bench. My request with an air of confidence even provoked an extremely soft judge as Justice Venkatasamy who gave me a verbal lashing for close to 5 mins (though it then looked like an hour for me!) with Justice Hadi joining in whenever he could. That was the last that I entered a court without having read the entire case even if I was only to keep a watch until one of the seniors arrived.