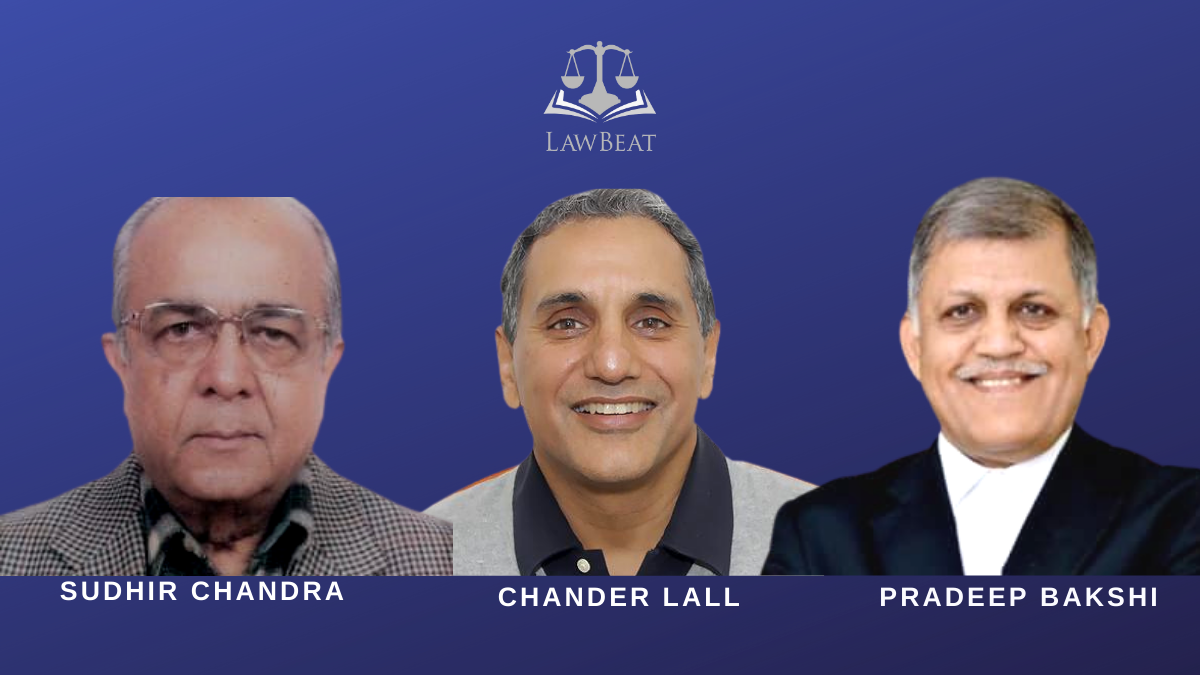 Is the decision of the Supreme Court of taking suo motu cognisance of the Covid issues PAN India tenable, even though the issues are being handled by the High Courts within their respective jurisdictions?

Lawbeat spoke to a cross-section of senior members of the Bar from Delhi to ascertain their views on the issue after Justice LN Rao expressed great anguish over some senior advocates bringing disrepute to the institution in today's hearing before the Supreme Court.

At Lawbeat, we fervently strive to project balanced opinions and views. We got in touch with Senior Lawyers, Mr. Sudhir Chandra, Mr. Chander Lall and Mr. Pradeep Bakshi for their views on the issue.

Q. Do you think it was correct that for the Supreme Court to take over the Covid related issues from High Courts?

Lall: The Indian Supreme Court, whether rightly or wrongly, is perceived as the bail out haven of the government. 6 higher courts around the country, which courts are residents of the very state where Covid crises have been experienced, have come down heavily against the governments handing of the situation. The very act of the CJI to intervene suo motu and then calling the high court actions as ones ‘causing confusion and diversion of resources’ only fuels such perceptions further.

Bakshi: A hue and cry is being made over issues when whenever a common or identical issue is before different high courts, the same are invariably transferred to the Supreme Court in order to avoid conflicting orders/judgments. More so, when there are conflicts of interest between states, a high court gets to look at matter from a particular state's point of view whereas a particular issue like the present one, where interest of all states have to looked at in larger public interest, this can be done only by the supreme court. I don't see anything extraordinary in the Supreme Court taking suo motu cognisance in a matter of such great public important where question of distribution of national resources amongst states is involved.

Q. What is your view on ascribing political motives and imputations to the Highest Court of the Country?

Chandra: There is a lobby which is anti-modi. This is the same lobby which has objected to the Supreme Court taking suo motu cognisance of the Covid issues. They are virulently anti modi and any judgment of the supreme court which goes in favour of the government is stamped as a motivated and wrong judgment.
This is great disservice to the supreme court. This lobby does not lose any opportunity to denigrate the supreme court to say that it is working for the government. This is very very unfortunate.Instead of criticising judgments, they go after the judges. Their criticism is not fair. I entirely agree with justice L. Nageswara Rao's statement. Some kind of action should be taken. Contempt in my opinion is not an option but censure by the Court is.

Lall: Justice Breyer of the US Supreme Court in his speech at Harvard Law spoke about packing the Supreme Court and the resultant erosion of public confidence in the court. The trust in the court system should never be taken for granted, said Breyer.  In the recent past unfortunately the trust of the Indian people in the judiciary and in particular the Supreme Court of India has been seriously eroded.

Bakshi: Stand taken by some senior advocates is deplorable. Kind of language used by an outgoing Chief Justice, specially like the one used by Mr. Dave is unfortunate. The bench comprises of 3 judges and attributing everything to the Chief Justice who is retiring is unwarranted. I firmly believe that the bench comprises of able judges who would not simply be party to an order on the say so of one of the presiding judge.