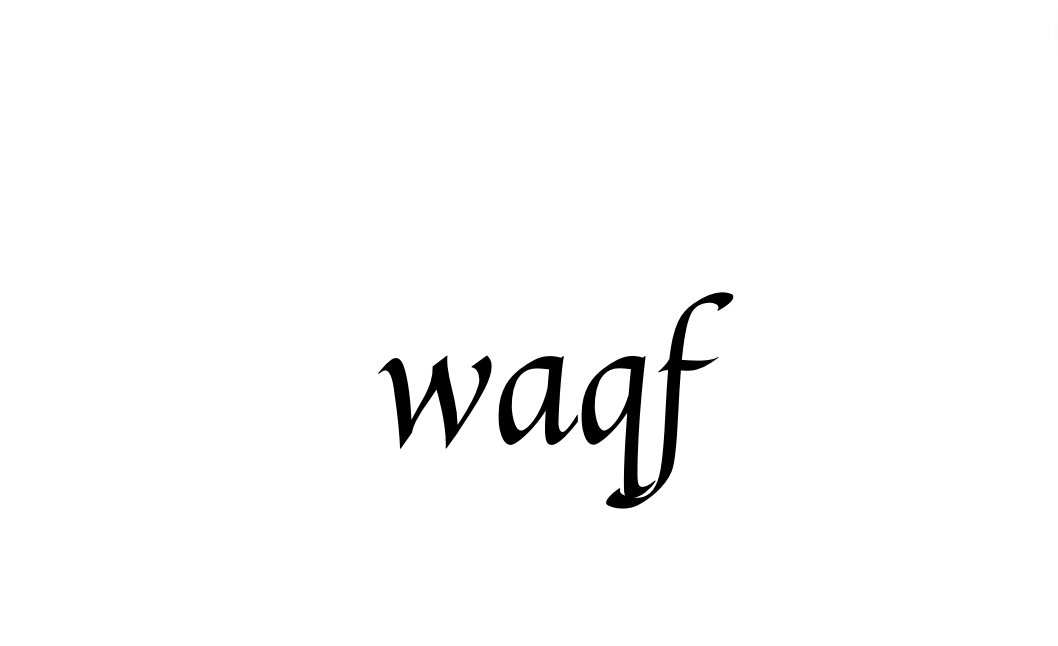 Recently, a lawyer appearing for a waqf board in a case before Supreme Court, wherein the usage of a land which shared boundary wall with a mosque or an "Idgah Maidan" was the issue of contention for purposes of Ganesh Chathurthi celebrations, argued that the land in question was a waqf property, ordained for divine purpose. He said that if there was reason to suggest that the Idgah Maidan was in fact occupied by the Government, laws state that the same be handed over. He said, "Waqf Act 1995 overrides every other law. It is a non-obstante law and state is deluded from dealing with all waqf properties".

To understand what the purposive interpretation of the argument was, it is important to unravel the genesis, which obviously finds its tentacles in the existing laws concerning the Waqf properties. This genesis can be profoundly traced back to the colonial period, when the British East India Company began taxing agrarian lands in the mid 18th century.

Eric Lewis Beverly calls the development of the Waqf laws by Muslim legal activists in the colonial period, "a reinvention of an aspect of their personal law" so as to render a property inalienable through creating a waqf. According to Beverly, "Debates over waqf provide a window for examining the project of legal reinterpretation undertaken by muslim political leaders."

Beverly has argued that land control systems which were put in place in the early history of colonial law were also in the process of transformation and it was in the 19th century that the manipulation of property law undertaken by the colonial state became increasingly successful. He says that it is in this context in which south asian muslims enlisted legal interpretation as a political strategy.

While the legal system in the colonial period sought to keep religious endowments separate from state control with the passing of Religious Endowments Act, the act of 1863 gave British Indian judges jurisdiction of waqf cases and that is where the cracks began to show - those between the state's law for land and personal law for religious matters. It was after the uprising of 1857 that the waqf rights became an issue through which the muslim community could be rallied.

According to Beverly, "the British Raj tended to accommodate the demands of the Muslim elites in legal matters" because "British Indian subjects" found their way into the domain of law & thus began the negotiations of the workings of the colonial state.

Gregory C. Kozlowski describes the elite character of Muslim legal activists pursuing their political agendas in a public dominated by colonial state, over and against the internal and private understanding of muslim themselves.

An analysis of the works of Syed Ameer Ali, a judge at Calcutta High Court and Faiz Tyabji, a prominent lawyer reveals that how the Waqf took centre stage in muslim politico-legal discourse in India.

Ali worked as a spokesman for Muslim interests to the British Government until his death in 1928. Ali was a strong advocate for organising muslims politically, apart from hindus. He warned against the "potential tyranny of the majority" on the muslims. Beverly writes that Ali wrote about the interchangeable relationship between religion and law which allowed him the authority, with comprehensive published works to his credit and a preferred colonial education, to "reinterpret the laws and insist that religious dictates of Islam should be legally binding". Ali has described the doctrine of Waqf in his Textbook, Muhammadan Law as one which is interwoven with the entire religious life and social economy of the Mussalmans. Ali also described the Prophet Muhammad as the "great law giver of Arabia" and discussed the prevalence of endowments in prophetic times. Tyabji on the other hand advocated that the waqf was an integral element of a broader vision of Muslim law. Tyabji advocated against interpretation of personal laws of Muslims by British judges.