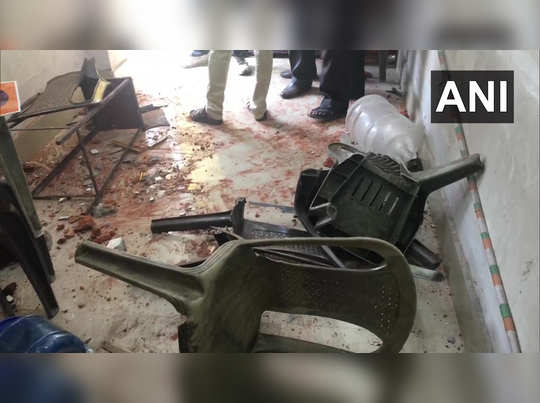 As reports of post election violence targeting opposition political workers in the State of West Bengal continues to rage across districts of the state, many lawyers have made public statements calling upon the Supreme Court to take suo motu cognisance of the situation.

Amid public statement on twitter, lawyers have openly expressed the need for the Legal fraternity to come out and speak up against the alleged violence which has grappled the state of West Bengal.

A lawyer has also questioned the Supreme Court bar, which he claims was active during the anti-CAA riots and the farmer's protest but "is quiet all of a sudden".

Sr Adv Pradeep Rai, Hon'ble Vice President, Supreme Court Bar Association (“SBCA”) in reply to a tweet has stated that the matter is being handled by the Executives.

“There are many ministers, party leaders including the office of governor are dealing with this #GOI had asked for a report on #BengalViolence . However the election process is still not complete unless @ECISVEEP notifies it officially , the model code of conduct is still in operation," said Vice President, SCBA, Sr Advocate Pradeep Rai.

Senior Advocate Saurabh Kirpal on the other hand has stated,

"I can’t speak for the bar, only for myself. Political violence has a deeply chilling effect on democracy. We might go to the bad old days of booth capturing! So, the violence in Bengal is shocking and condemnable. The State must make sure it stops," said Senior Advocate Saurabh Kirpal

Recently, hours after Supreme Court bench of the then Hon’ble Chief Justice SA Bobde, Justice L Nageswara & Justice S Ravindra Bhatt took suo moto cognisance on the issue availability and distribution of essential services & supplies such as Drugs, oxygen and vaccination, the SCBA filed an intervention application for impleading the it as parties/ respondent in the same.

The SCBA argued that the High Court situation almost invariably in the state’s capital are in a better position to seek immediate reports from the local administration and pass directions and orders for immediate removal of difficulties arising in treatment of the infected patients depending upon local emergent situation.

Hours after POLL results were declared, in West Bengal, reports suggested that political violence had erupted across the state with at least 8 people reported to have been killed.

The BJP alleged that six of its workers were among those killed & that “TMC goons” attacked & vandalised several of its offices including one in Nandigram where the party's candidate Suvendu Adhikari defeated Chief Minister Mamta Banerjee. It was also alleged that Addhikari’s car was attacked in Nandigram.

The BJP in various social media posts have also reported attacks against its women workers.

The Union Home Ministry on Monday sought a report from the West Bengal govt on post poll violence in the state after political workers were targeted allegedly by opponents since the announcement of election results for the West Bengal Assembly where Trinamool Congress emerged victorious. Governor Jagdeep Dhankar also raised concern about the situation & directed the officials to submit a report on post poll violence & vandalism. On the issue, he also summoned the Director General of Police, the Kolkata Police Commissioner & the Additional Chief Secretary, Home to Raj Bhavan.

BJP on Monday had announced nationwide protests on Wednesday by adhering to the CoVID 19 protocols against the alleged violence by the workers of Trinamool Congress (“TMC”) after declaration of results. BJP National President JP Nadda to take stock of the situation would make a two day visit starting Tuesday.