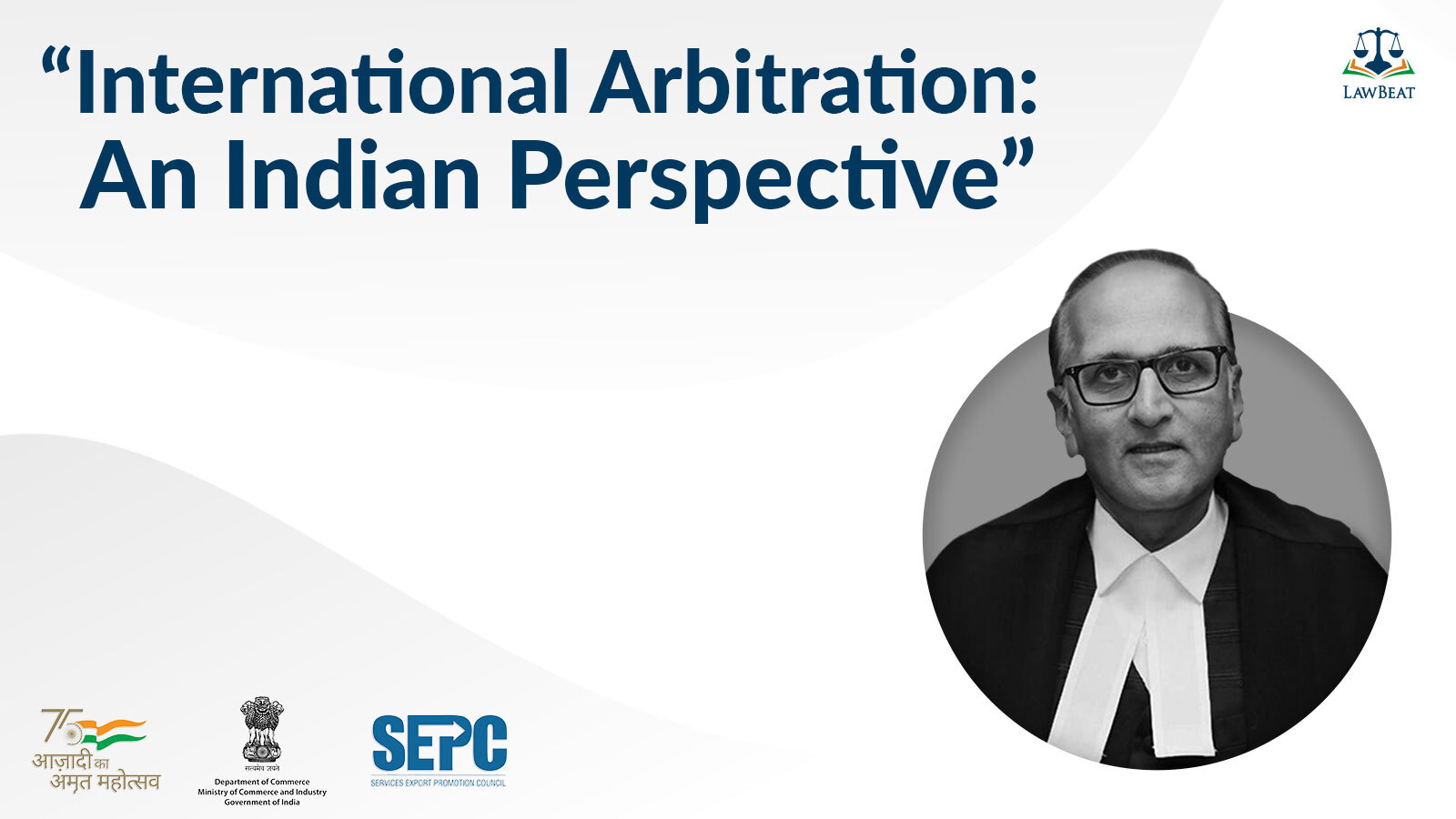 Justice S. Ravindra Bhat of Supreme Court of India today remarked that lack of training among arbitrators results in them passing conflicting awards that hinder the development of the law.

He was speaking at a Conference on “International Arbitration: An Indian Perspective” organised by Services Export Promotion Council. He was addressing the conference on adopting and assimilating new tools like hot-tubbing in international arbitrations.

Justice Bhat pointed out that the economy will be strengthened by fostering a healthy dispute resolution environment. Speaking to the young audience in the auditorium, Justice Bhat said “You are all a testament to the fact that we are blessed with an abundance of ingenuity, creativity, hard work and innovation to enable India to compete at a global stage.”

Speaking of delay in dispute resolution in India, Justice Bhat noted that, “Where we are stuck is in the speedy resolution of disputes. It is not only a drain of precious resources like time but also casts a sense of wariness among customers and investors.” He then spoke of three ideas that might come as a solution to this problem, the ideas being techniques to expedite proceedings, institutional changes and ways to foster an arbitration culture in India.

Addressing the techniques to expedite proceedings, Justice Bhat spoke of how Hot Tubbing is an effective mechanism to analyse masses of technical material has to be analysed. He said “Hot tubbing - in legal parlance - is the concurrence of evidence & is used to considerably reduce the time, to bring on record crucial evidence.” Justice Bhat explained that when rival experts are asked to depose in highly technical matters, they are made to sit together and draw documents as to what is agreed upon by them and what they do not agree with.  He spoke of how disputes with technical overtones like construction have large amount of material to be analysed which the poses a challenge to the arbitrators and how experts are deployed to to give evidence in such disputes. He said “To comprehend this and go through this, masses of data take a long time.”
Justice Bhat emphasised the need for hot tubbing to be made a part of India’s legislation to fully achieve its intended effect. He praised the Delhi High Court for incorporating hot tubbing in its rules to resolve intellectual property disputes. He highlighted how how technology has improved the process of dispute resolution in general and arbitration in particular.

Detailing about the advantages of strengthening institutional arbitration, Justice Bhat spoke of a recommendation to set up ‘Arbitration Promotion Council of India’ to monitor the working of arbitral institutions. He spoke of Justice Sri Krishna committee’s recommendation to set up a specialist arbitration bar and bench, which is not constrained geographically. He said “ Young lawyers must have a support system consisting of experienced and seasoned specialists to fall back on.”

Justice Bhat while emphasising  on the need for training arbitrators remarked that as a result of insufficient training many a times, conflicting awards are made, while noting that the parties who arbitrate bear the brunt of such awards he said “as a long term consequence, these hinder the development of law.” He further noted that such suggestions even after being codified in the statute will not be successful unless they are supported by the government and stake holder.

Justice Bhat said “no tool however effective it might be will not be successful unless arbitration is made mainstream.”

He commented on how parties misuse the concept of “seat of arbitration” to oust the jurisdiction of of smaller cities and city court. Justice Bhat said that such diversionary tactics result in loss of time, he emphasised that its high time that such an issue is sorted out by legislation. Justice Bhat emphasised on the need for arbitration to be universalised and not concentrated in a few sectors.

He said, “Today Delhi and Bombay have wherewithal but this should spread to all cities.” Justice Bhat noted that spreading awareness about ADR and the government incentivising the arbitral institutions will act favourable to the sector.

Highlighting the need to ensure that arbitration is accessible to all, Justice Bhat said, “access to quality arbitration cannot be the right of only the privileged few. It should be available for public at large.”