“No academic freedom can escape the law of the land”: Advocate Shubhendu Anand 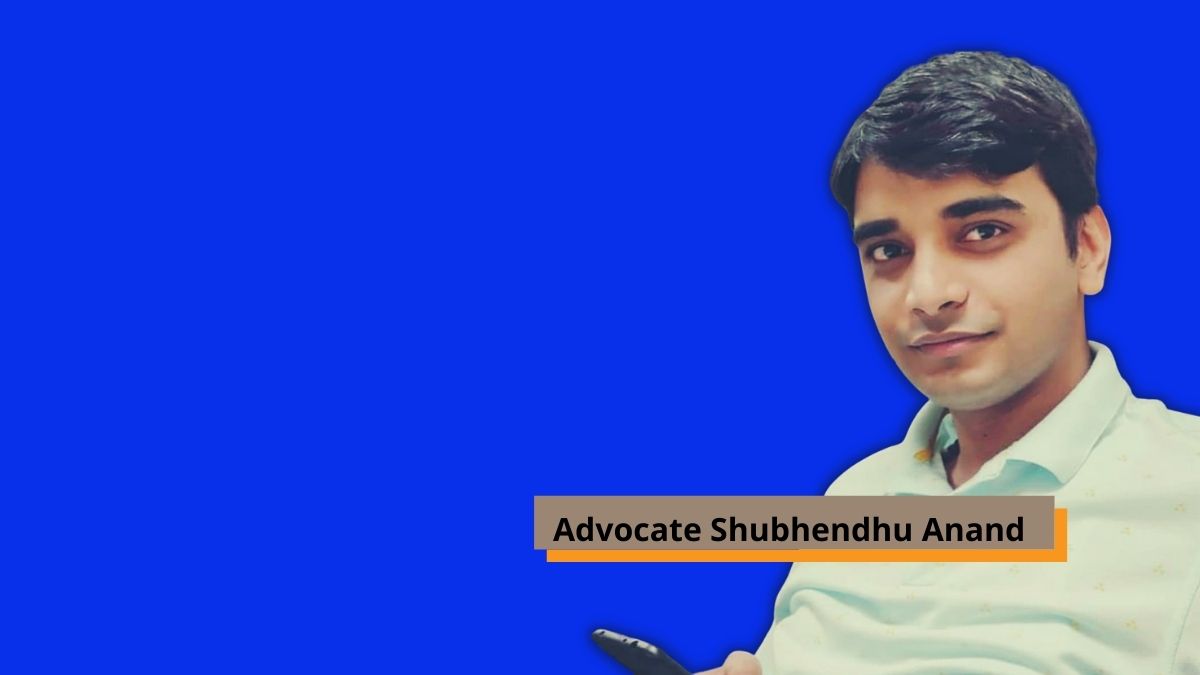 ‘Think India’, a premier institute with a vision to bind the students with an Indian nationalistic string to harness this part of national treasure in furthering their aim of national reconstruction held a panel discussion on 4th July on “Academic Freedom v. Academic morality: Propagation of Anti-India ‘academic works’ in Indian Campuses” with legal experts Mr. Shubhendu Anand and Prof. Ram Sharma.

The event was conducted by Anshul Gautam, Gujrat State Convenor at Think India.

Mr. Shubhendu Anand simply introduced himself as an advocate at Supreme Court of India but he is a renowned name in academia. He has graduation from Tata Institute of Social Sciences (TISS). He also post-graduated in Intellectual Property Law form Queen Mary, University of London where he was British Chevening Scholor in 2016-17. He is a regular columnist for leading magazines and his research papers have been published by legal journals.  His research interests include Policy & Regulatory laws, Constitutional laws and law making.

Prof. Ram Sharma, Head of Center for Indic Studies at Indus University is credited with having started the trend of recording Talks on Indic issues while working as the Secretary of India Inspires Foundation. At CIS he is responsible for channelizing ideas and providing creative direction for achieving goals of the Center.

The discussion was centered around a controversial TISS papers that surfaced recently titled as ‘Engendering Conflict: Understanding the Impact of Militarization, Conflict and Pandemic-induced Lockdown on Domestic Violence in India Occupied Kashmir’ which uses the terms like “India occupied Kashmir” written by Ananya Kundu, a M.A.Student at School of Gender Studies, TISS Hyderabad.

After the introductions the discussion started with Mr. Shubhendu’s opening comment.

Mr. Shubhendu, a TISS alumni himself contributed his thoughts as thoughts of an insider. He highlighted that while he was there at TISS, Tuljapur Campus he faced partiality, oppression, harassment and was looked down by the faculty member just for having a conservative nationalistic approach. He said that from his first-hand experience he can say that at these far left centric liberal institutes, students who possess a nationalistic ideology are discriminated against for just having a different thought process.

He told that while he was studying at TISS, in a batch of 120 only 3-4 students had nationalistic ideology.  He was a minority there and therefore, faced difficulties which a student should not face at such a public funded institute.

His contention was that as these so called liberal institutes are publically funded, they must not be allowed to propagate some personal agenda of the professors.

He added that he witnessed these Anti-India activities happening before his eyes while he was at TISS. His third year dean was an open follower of Maoism and believed in overthrowing the state. The professor  served in national advisory council also which was the parallel government being run at that point of time at the center and was headed by Smt. Sonia Gandhi.

He shared his research result on annual report of TISS for the last 20 years that he found that in past two decades there have been 5 to 6 researches which talk about balkanization of India, secession of J&K and topics like that under School of Rural Development and School of Gender studies. He found himself unable to understand how these topics were related to academic curriculums of these Schools.

He raised a very significant question,

“When we talk about the academic freedom to do research on whatever topic you want, does this freedom gives you an absolute immunity against the law of the land?”

He answered this with a no. He said,

“You cannot speak something or write something which promotes violence, causes enmity between India and neighboring countries or talk about disintegration of India. What the research of TISS shows is basically it talked about disintegration, supported armed rebellion that wanted the secession of J&K from India. If these thoughts are eulogized, these certainly don’t come under the purview of freedom of speech and expression.”

He also mentioned that this abuse of freedom of speech in the name of ‘academic freedom’ is against Indian Penal Laws as well. Talking about disintegration of Indian States, causing violence, speaking something which leads to riots, armed rebellion and disturbs the public peace is punishable under the Indian penal laws.

He called put TISS for being an incestuous institution as professors there groom students who share the ideology of left, separatists, Maoists  and later on these students are recruited as Assistant Professor in the Departments of TISS itself hence generating a whole cycle.

After that Professor Ram Sharma gave his insights on the topics as well.

He said that Institutions like TISS are academic jargons which facilitate Marxism in a more virulent version disguised as sophisticated institutes of humanities.

“What concern me the most is the weponisation of alternative narratives to fuel political polarization and further police institution of higher education.”

He quoted one testimony of an alumni of TISS written in the support of the questioned student. It says,

“It is not the first time that term “India occupied Kashmir” has been used in academia. Various scholars have agreed and disagreed on the usage of the term but there engagement never moved the institute to take punitive action on ones though quoted on a research paper.”

Prof. said that this testimony is nothing but a proof that these liberal institutes are promoting “post-modernist approach” of looking at things disguised as liberal approach.

Post-modernistic approach has a fundamental goal of turning down the society upside down. They have this unfinished agenda of bringing revolution at every level of society.

He concluded his comment with stating that the academician at these institutes are actually revolutionaries who want to reconstruct everything in India and do not believe in  finding out truth and pursuing what is good for the country as a whole.

ENDING THE DISCUSSION WITH A SOLUTION-

Dealing with the queries of the panel members Mr. Shubhendu proposed a very significant and effective solution to this problem. He said,

“To stop this whole propaganda of these institutes, the Government of India must pass a resolution and stop funding these public institutes. This step will make the responsible ones accountable and put a curb on abuse of academic freedom in the name of freedom of speech.”