While deciding on bail courts must strike balance between individual liberty and larger interest of society: Himachal Pradesh HC 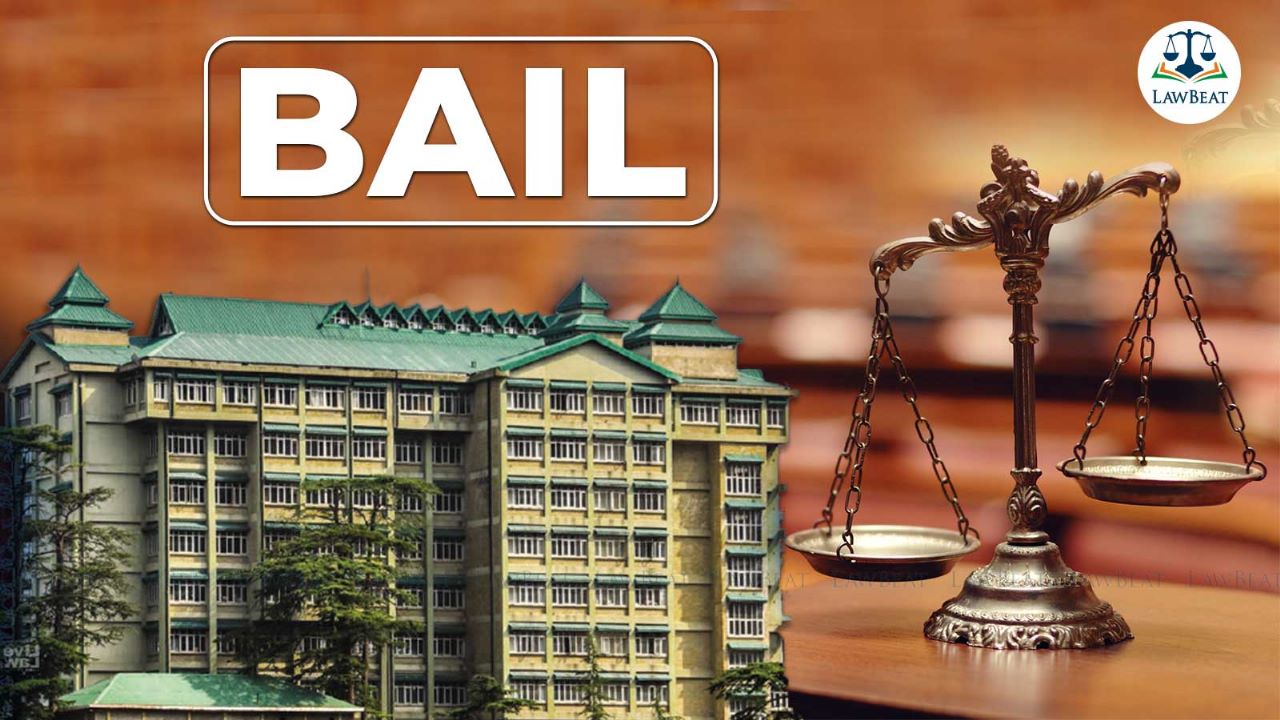 Court was dealing with a bail plea of a man booked under the provisions of NDPS Act.

The High Court of Himachal Pradesh recently observed that while deciding the question of bail, courts must maintain a delicate balance between individual liberty and larger interest of the society.

“While deciding the question of bail, it is the duty of the Court to maintain a delicate balance between individual liberty and larger interest of the society. Releasing a person involved in such a crime, will give a wrong signal to the society that the person, after being arrested, in such a crime, is still moving freely in the society.”

The applicant had filed the present bail application under section 439 of the Code of Criminal Procedure, as he was booked under Sections 20, 25 & 29 of the Narcotic Drugs and Psychotropic Substance Act, registered with Police Station,Chowari, District Chamba, H.P. The applicant was found with 1 kg 184 grams of charas.

The applicant argued that he was innocent person and had falsely been implicated in the present case, as he had nothing to do with the contraband, which was allegedly shown to be recovered from his exclusive and conscious possession.

On the other hand, it was argued by the State that if the applicant was released on bail he will indulge in the business of selling charas.

The Court noted that in a case of commercial quantity, rigors of Section 37(2) come into play. "It is no longer res­ integra that both the conditions as enumerated in Section 37 of the NDPS must co­exist before releasing the bail applicant, on bail, during the pendency of the trial, court said.

The Court relied on a judgment delivered by the Apex Court in the case of Narcotics Control Bureau vs. Mohit Aggarwal, wherein it was held that:

“It is evident from a plain reading of the non­obstante clause inserted in subsection (1) and the conditions imposed in sub­section (2) of Section 37 that there are certain restrictions placed on the power of the Court when granting bail to a person accused of having committed an offence under the NDPS Act. Not only are the limitations imposed under Section 439 of the Code of Criminal Procedure, 1973 to be kept in mind, the restrictions placed under clause (b) of sub­section (1) of Section 37 are also to be factored in. The conditions imposed in sub­ section (1) of Section 37 is that (i) the Public Prosecutor ought to be given an opportunity to oppose the application moved by an accused person for release and (ii) if such an application is opposed, then the Court must be satisfied that there are reasonable grounds for believing that the person accused is not guilty of such an offence. Additionally, the Court must be satisfied that the accused person is unlikely to commit any offence while on bail.”

Apart from the above reliance, the court found nothing on record from which, it could even be inferred, at the present stage, that any condition, as enumerated, in Section 37 of the NDPS Act, existed, in favour of bail applicant.

Accordingly, the bail application was dismissed by the court.