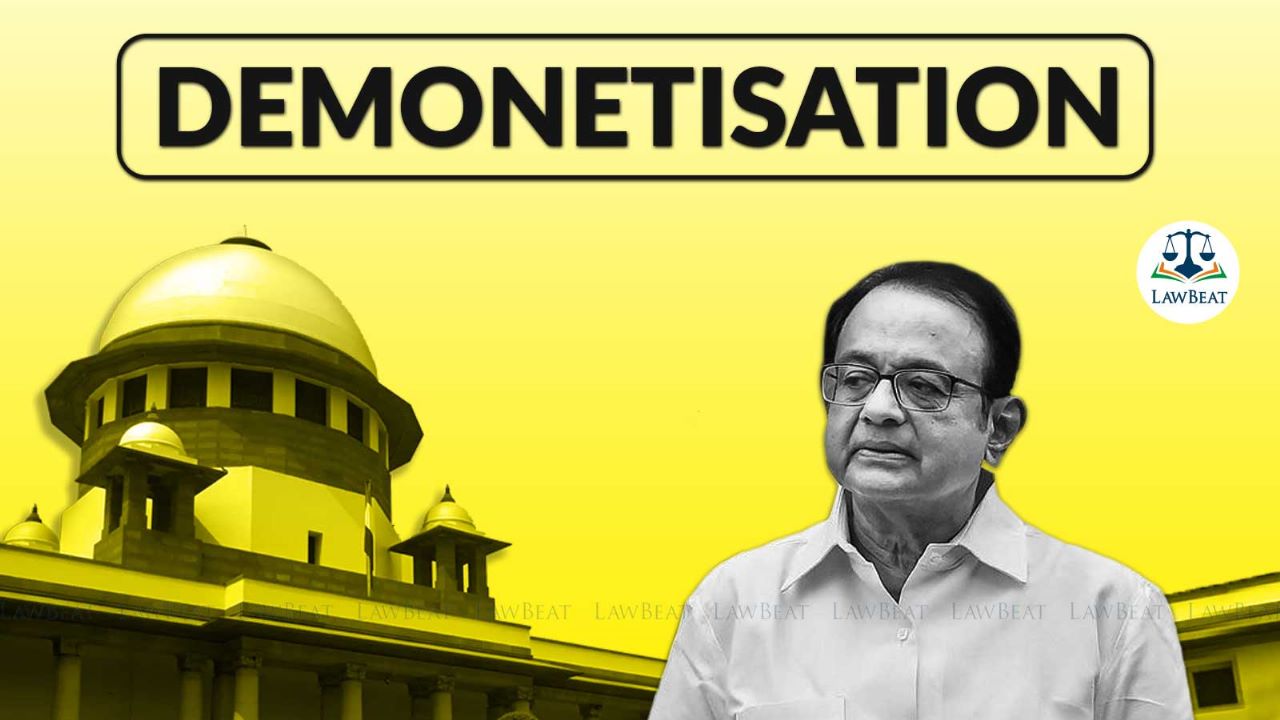 Court was further told that under Articles 14, 19, 21 and 300A, the life and livelihood of the people of the country is protected against such arbitrary executive action of demonetizing currency notes.

Senior Advocate P Chidambaram today told the Constitution bench of the Supreme Court that the Central Government had devoted no time in taking the decision to demonetize Rs 1000 and Rs 500 notes in 2016.

"No adequate care and consideration was given to this crucial matter..." a Justice Nazeer led bench was further told.

The Constitution bench has also been told that the proposal for demonetization emanated from the Central Government and was not initiated by the RBI.

"It was a virtual command by the Central government and the RBI meekly obeyed and made a recommendation....", Senior Advocate Chidambaram added.

Chidambaram added that as per Section 26 (2) of the RBI Act, adequate time should have been devoted by both the Central Board of the RBI and the Centre before a major step like demonetization was taken.

Arguing that the sole authority on currency notes rested with RBI, Court was told that the Central Board should have considered all relevant material, weighed pros and cons, the impact on the people of the country and consequences on the economy before making a recommendation.

Submission were also made on the unbriddled power that the executive used to pass such a decision and the Court was told that Parliament should have laid down relevant matters to be taken into account if such a drastic power of demonetizing currency notes was intended to be conferred on the executive.

On October 12, a Constitution Bench of the Supreme Court had agreed to hear the challenge to demonetisation and the implementation of the same in November 2016.

Justice Nazeer had thus directed the Centre and RBI to file comprehensive affidavits in the matter.

The five-judge bench, comprising Justices S Abdul Nazeer, BR Gavai, AS Bopanna, V Ramasubramanian, and BV Nagarathna, had earlier questioned if the present matter had become academic or it should be heard.

The pleas challenging the demonetisation decision were filed way back in 2016 and sought quashing of the government’s decision to demonetise Rs 1,000 and Rs 500 currency notes on grounds that it infringed on citizens’ right to life and to trade.

In 2016, the Supreme Court had transferred all petitions pending before various High Courts to itself and had referred the matter to a 5-judge Constitution Bench.

The matters were not taken up since then and now have been finally listed by Chief Justice of India UU Lalit.

On November 8, 2016, Prime Minister Narendra Modi through a televised address declared that denomination notes of Rs 500 and Rs 1000 will no longer be legal tender.