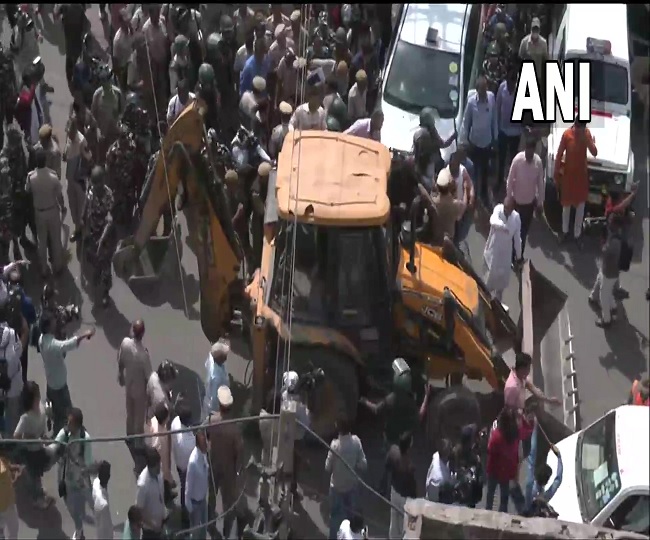 A Supreme Court bench headed by Chief Justice of India Justice NV Ramana and consisting of Justices Krishna Murari and Hima Kohli today ordered status quo on the demolition drive against the encroachment at Jahangirpuri in Delhi.

The assistant commissioner of the Civil Lines Zone of North MCD, in the letter, demanded 400 police personnel to “maintain law and order” during the removal drive on April 19, 20 and 21.

Dushyant Dave, Sr. Adv, today mentioned the matter before the Supreme Court and submitted that notice were given for demolition and that the process has started today at 9 AM despite the authorities being aware that the matter is being mentioned before Supreme Court.

The court on hearing the submissions granted an order of status quo and directed that the matter be listed tomorrow.

Dushyant Dave, Sr. Adv, mentioned the matter again before the bench submitting that the Corporation has not stopped the demolition process despite the order of the court. He said "media has reported this widely, yet they are saying they have not received any communication." Dave further submitted that a letter be sent to the Mayor of Delhi, the Commissioner of NDMC and the Commissioner of Delhi Police through the Secretary General of Supreme Court.

The court on hearing his submissions agreed to do the same.