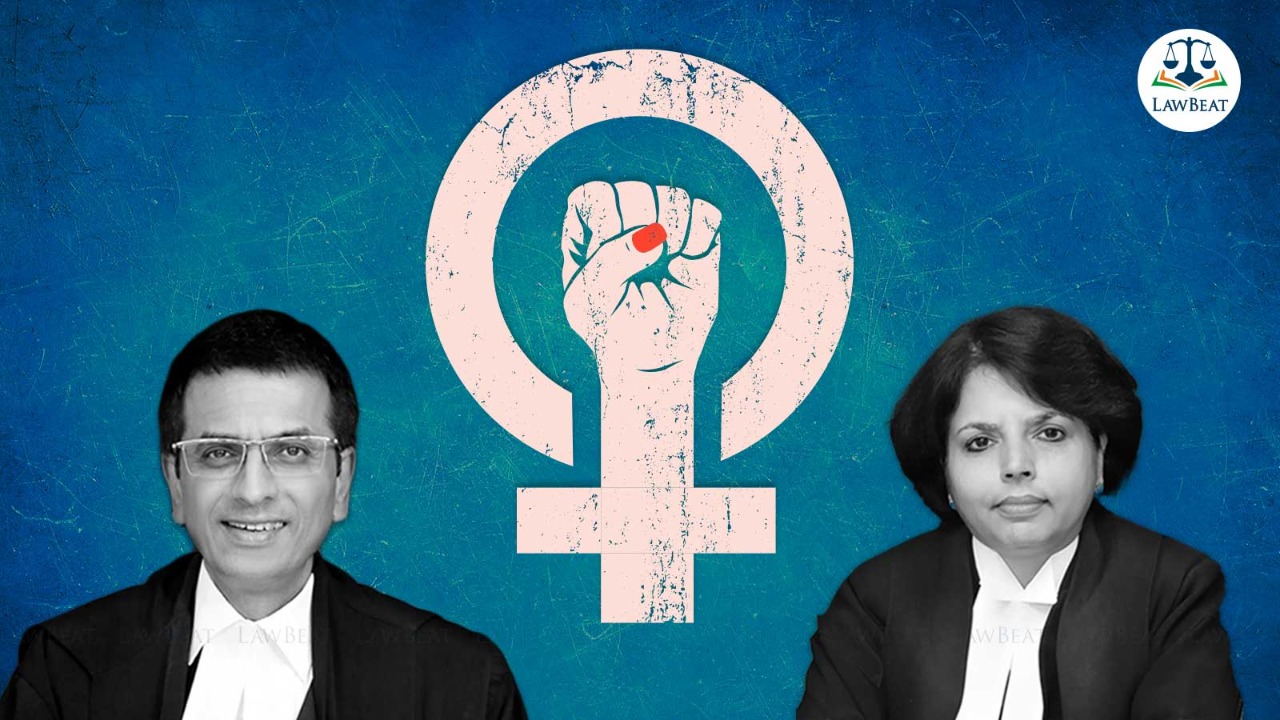 Supreme Court was hearing the appeal of state government of Jharkhand against acquittal of a man sentenced to life for raping and lighting on fire, a 16 year old girl, which eventually led to her death

The Supreme Court today noted that the Two Finger test perpetuates patriarchy by bolstering the misconceived notion that women who are habituated to sexual intercourse cannot be raped.

"....the probative value of a woman’s testimony does not depend upon her sexual history. It is patriarchal and sexist to suggest that a woman cannot be believed when she states that she was raped, merely for the reason that she is sexually active," said the Supreme Court.

A bench of Justices DY Chandrachud & Hima Kohli made the observation that the invasive and traumatising practice should be done away with from study materials in medical literature of study and any person who is found guilty of conducting such a test must be dealt with strictly and the act shall be construed as misconduct.

"This Court has time and again deprecated the use of this regressive and invasive test in cases alleging rape and sexual assault. This so-called test has no scientific basis and neither proves nor disproves allegations of rape," said the bench.

Bench was hearing the appeal by the state government against the acquittal of a man by the High Court of Jharkhand which had reversing his conviction, awarded by the Sessions judge under Sections 302, 376, 341 and 448 of the Indian Penal Code 18601 to suffer imprisonment for life.

The man was convicted of raping a 16 year old girl who was raped and lit on fire with kerosene by the rapist amid her calls for held on the afternoon on November 7, 2004. Top Court has thus set aside the acquittal. She succumbed to her injuries a month later.

Court went on to state that it is sexist to suggest that just because a woman is sexually active, it cannot be assumed that she cannot be raped. "Nothing can be further from the truth," said the bench.

Though the two-finger test practice has been proscribed in 2013 by a bench of then Justices B.S.Chauhan and F.M.I.Kalifulla, the bench has today deprecated the continuing practice.

"Although the “two-finger test” in this case was conducted over a decade ago, it is a regrettable fact that it continues to be conducted even today," the bench said today. A of directions have been issued by the court while overturning an acquittal order of a high court and sentencing a man to life imprisonment for a rape-murder case.

The Supreme Court has pointed to the guidelines issued by the Ministry of Health and Family Welfare issued guidelines for health providers in cases of sexual violence which have proscribed the application of two-finger test and has directed that a copy of this judgment is shared with the Ministry of Heath and Family Welfare, GOI so that the same be transmitted to the Principal Secretary (Department of Public Health) of each state, who will then be responsible for the implementation of the judgment.

In 2013, the Supreme Court was of the opinion that the State is under an obligation to make such services available to survivors of sexual violence. "Proper measures should be taken to ensure their safety and there should be no arbitrary or unlawful interference with her privacy,” the bench had then said. “They are also entitled to medical procedures conducted in a manner that respects their right to consent,” Supreme Court has said earlier.