An Advocate can't be both Power Of Attorney holder and Counsel of client: Delhi High Court 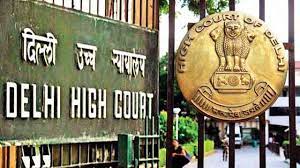 Justice Pratibha M. Singh of the Delhi High Court has observed that the practice of advocates acting as power of attorney holders of their clients and also as advocates in the matter, is contrary to the provisions of the Advocates Act, 1961.

The Court relied on Baker Oil Tools (India) Pvt. Ltd. & Ors.wherein it was held that:

“Law is not a trade and briefs no merchandise, and so the avarice of commercial gains should not malign this profession. Hence there can be no divergent view on the legal proposition that an Advocate cannot act in the dual capacity, that of a constituted attorney and an advocate.”

The quantum of the matter were three petitions arising out of three different suits relating to the same property.

The issue was whether one Amarjeet Singh Sahni, who was acting as the Power of Attorney holder of the Plaintiff and had verified the plaint on behalf of the said Plaintiff could appear also as a counsel, in the matter?

Sahni submitted in this regard that he would withdraw his Vakalatnama and continue as the power of attorney holder and he would no longer act as a counsel for the Plaintiff and that he would do so in the Trial Court within 2 weeks.

Noting that any Advocate can only play one role i.e., that of the advocate in the proceedings, or Power of Attorney holder, the Court stated:

“It is made clear that the practice of advocates acting as power of attorney holders of their clients, as also as advocates in the matter is contrary to the provisions of the Advocates Act, 1961. “

Cause Title: Anil Kumar and Anr vs Amit