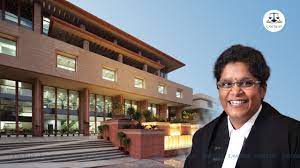 The plea stated that through this impugned clause not only the petitioner but many of the advocates who are otherwise eligible have been made ineligible even to apply for the 40 hours training program on the concept and techniques of mediation.

The Delhi High Court on Monday issued notice to Registrar General, High Court, and Delhi Mediation Centre on a plea challenging the Delhi Mediation Centre's eligibility criteria that an Advocate will be considered for 40 hours training program on 'Concept and Techniques of Mediation', in which 75 advocates are to be admitted, on the condition that their monthly professional income is more than Rs. 6 lacs per annum.

A bench of Justice Prathiba M. Singh asked the Registrar General and Mediation Centre to file reply on the rationality behind the condition of lawyers' professional income of a minimum of Rs.6 lakh per annum for applying 40 hours training programme on the concept and techniques for mediation.

Advocate Ashok Agarwal appeared for Advocate Umesh Gupta and argued that the case is governed by Delhi Medication Rules which lays down qualifications and disqualifications for the appointment of a Mediator. He also submitted that the said rule nowhere imposes any financial condition.

Taking note of the submissions, the single-judge bench directed the respondents to file a response to the plea. Accordingly, court listed the matter for further hearing on February 28.

The plea filed by Advocate Umesh Gupta through Advocates Ashok Agarwal and Kumar Utkarsh stated that the impugned action on part of the respondent Mediation Centre has deprived the petitioner even to apply for the training program which is arbitrary, illegal, unjust, unethical, discriminatory and violative of Articles 14, 21 and 39-A of the Constitution of India.

It further stated that the concerned clause stipulates the requirement of net declared professional income should be more than Rs. 6 lacs per annum in the previous two financial years ending March 31, 2021, and March 31, 2022, thereby making the petitioner ineligible to even apply.

Additionally, the plea stated that the impugned clause (ii) of the Notice imposing the above mentioned criteria is a colonial provision and against the Constitution of India and contrary to the concept of an egalitarian society.

"It is pertinent to mention here that in financial years 2020-21 and 2021-22 whole world was facing financial hardships and majority of the legal fraternity members somehow survived themselves in the Covid-19 pandemic era," the plea added.

While referring to the mediation rules, the plea stated that nowhere in the Rules laid down in the Mediation and Conciliation Rules, 2004 is there any criteria that state that Mediators/Conciliators shall be appointed or impaneled on basis of net professional income.