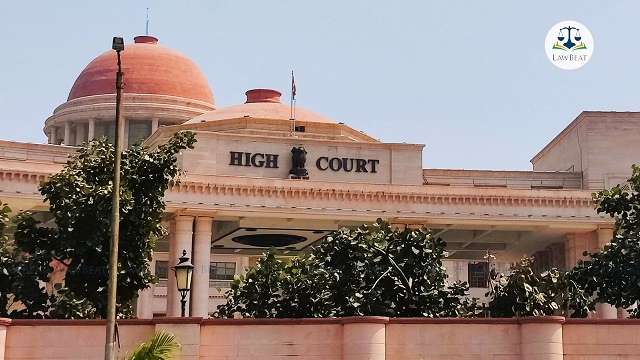 The PIL stated that for constructing the overhead water tank and installation of a bore well, it will not be appropriate for cutting and removing the trees for purpose of clearing the ground.

In the Public Interest Litigation (PIL) pertaining to the issue of cutting down trees for construction work under the Jal Shakti Mission in Uttar Pradesh's Sitapur District, the Allahabad High Court has directed the authorities to ensure that for every tree removed, two trees are planted.

The bench of Justice Devendra Kumar Upadhyaya and Justice Saurabh Srivastava ordered, "We further direct that in case removal of any tree is inevitable, the same will be done only with requisite statutory permission from the forest department and for one such removal of tree, two trees shall be planted by the respondents who shall ensure that such planted trees acquire full growth."

The PIL was instituted with a prayer to quash the order/letter dated 23.03.2021 whereby a proposal had been made to construct the overhead water tank as well as installation of bore well at an area of 1050 sq. meter situated in Bargawan Gram Panchayat in Sitapur.

The primary submission of the counsel for the petitioner was that the area where the bore well is being installed and the over head water tank is to be constructed is full of trees and it would not be appropriate for cutting the trees for the purposes of clearing the ground.

On November 16, the court had directed the State Counsel as also the counsel representing the Gaon Sabha to seek instructions as to whether for installing the water tank at the venue identified for the said purpose, any trees are going to be uprooted.

Pursuant to the said order, State Counsel apprised the court that certain instructions from the Sub Divisional Officer, Mohali, Sitatpur had been received which stated that under the Jal Jeewan Mission Scheme launched by the Government of India, every house hold is to be provided drinking water by pipeline and for the said purpose, a bore well and overhead water tank need to be constructed in the Gram Panchayat Bargawan.

And for the purposes of construction, certain implements are needed and for transportation of such implements one Neem plant, three Chilwal plants and one Badhal plant had been removed which were about two years old, in presence of a team comprising of the officials of the forest department, he further informed.

However, he stressed that the instructions clearly state that no tree has been fell; neither any tree shall be fell in the future.

In view of the aforesaid, court disposed of the present petition with the direction to the authorities concerned that they will abide by the instructions of the Sub Divisional Officer as sent to the State Counsel.